Yakuza Ishin To Push The PS3 And PS4 To Its Limits 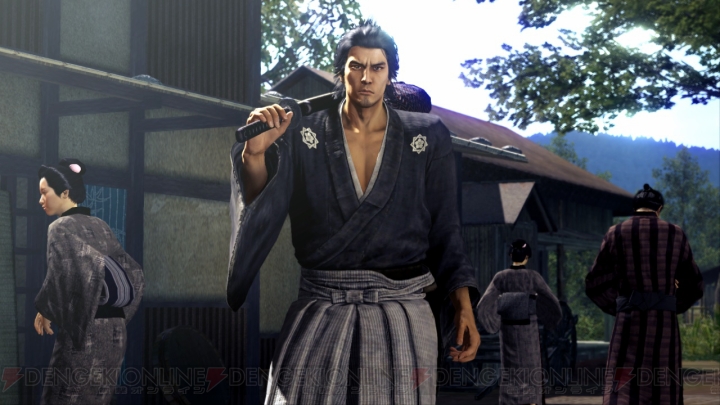 To this day hearing the name SEGA still brings me good feelings when it comes to videogames. Their upcoming title Yakuza Ishin which will be released on February 22nd in Japan for the PS3 and PS4 is starting to look more interesting by the day. Producer Masayoshi Yokoyama did an interview today who made some interesting comments for their upcoming title.

These are the following statements he made focusing on pushing the limits and potential on both the PS3 and PS4.

"Of course, since we’re creating high quality graphics, we’re working very hard, but it wasn’t as difficult as I expected. For someone that developed titles on PS3, the PS4 is a very easy hardware to handle."

"The difference between the hardware comes down to graphics. That said, we’ve done a total of five titles of the Yakuza series for PS3. We’re proud of being the studio that developed on PS3 the most in Japan, and we want to challenge the limits the specs of the PS3. On that train of thought, we want to give the PS3 hardware a strong last run, and we’re fired up at the perspective."

"We developers always think that 'the best entertainment happens in the best environment'. So at the same time we want to challenge the potential of the PS4".

We will keep you Gamerhub.tv fans updated on more info in regards to Yakuza. You can be certain that your boy Platedropper (had to refer myself in third person there, sorry) will keep his eyes open for any info.