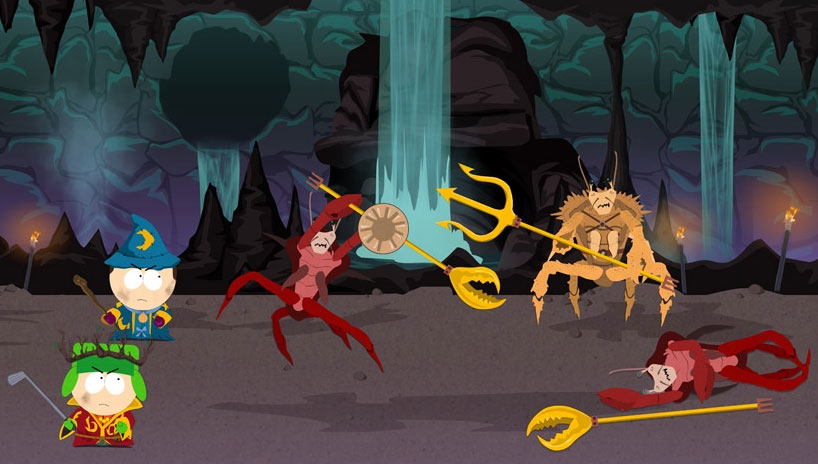 Ubisoft, South Park Digital Studios, and Obsidian Entertainment have finally revealed the December 10 release date for the PlayStation 3, Xbox 360 and Windows PC. Ubisoft stepped in and picked up the RPG after THQ went bankrupt, but development continued and gamers will be able to play the new game before Christmas. Fans can check out the latest action in South Park: The Stick of Truth by watching the new Destiny trailer, where the New Kid steps forth and fulfills his, well, destiny.

In the new game, players can arm themselves with weapons of legend to defeat underpants gnomes, hippies and other forces of evil. Discover the lost Stick of Truth and earn your place at the side of Stan, Kyle, Cartman and Kenny as their new friend. Succeed, and you shall be South Park’s savior, cementing your social status in South Park Elementary. Fail, and you will forever be known… as a loser.

In addition, consumers who pre-order South Park: The Stick of Truth will also receive the Ultimate Fellowship Pack. Choose your class and pick your perk with four exclusive Stick of Truth costumes that come equipped with special abilities.  Suit up as the Necromancer Sorcerer to increase your fire damage, earn extra gold by equipping the Rogue Assassin outfit, deal extra weapon damage with the Ranger Elf costume, or raise your defense with the Holy Defender outfit.