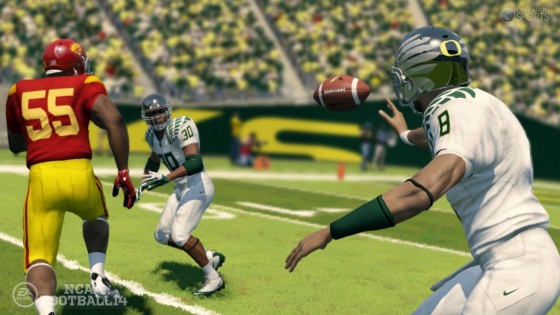 Attorneys representing student athletes who claim Electronic Arts illegally used student-athletes’ likenesses in the company’s popular NCAA Football video games confirmed they have reached a proposed settlement. The settlement covers claims made in the Keller and O’Bannon case against EA along with the Alston and Hart cases, but must be approved by the court. The amount and other terms are confidential pending a court filing.

“I can say that we are extraordinarily pleased with this settlement, whose terms we will be proud to present to the court and to the public,” said Steve Berman, managing partner of Hagens Berman and lead attorney in the Keller litigation. “When we began this case in 2009, we were venturing into a new application of the law, with little precedent, while facing monumental legal hurdles.”

EA and attorneys for the student-athletes reached the settlement after the United States Court of Appeals ruled in favor of the proposed class in an attempt by EA to dismiss the case. The ruling remanded the case to U.S. District Court, allowing attorneys for the plaintiffs to seek class certification.

“When we filed the case, we felt very strongly that EA’s appropriation of student-athletes’ images for a for-profit venture was wrong, both in a legal sense and from a more fundamental moral perspective,” Berman added “These guys were busting their butts on the field or the court trying to excel at athletics, oftentimes to help win or maintain scholarships so they could get an education.”

“Students agreed that by being student-athletes that they could not exploit their personal commercial value, an agreement they lived up to,” Berman added. “The same cannot be said about the NCAA or its partner Electronic Arts.”