After an enormously popular six-month presentation at the Smithsonian American Art Museum in Washington, DC, "The Art of Video Games" has begun its 10-city nationwide tour. The exhibition made its first stop at the Boca Raton Museum of Art, where it will remain on display through January 20, 2016.

The groundbreaking exhibition explores the 40-year evolution of video games as an artistic medium; it attracted thousands of visitors to the Smithsonian, making it one of the most-visited exhibitions in the museum's history. In fact, the first Saturday of the exhibition was among the top five highest visitation days for the museum since its 2006 reopening, Smithsonian officials said. 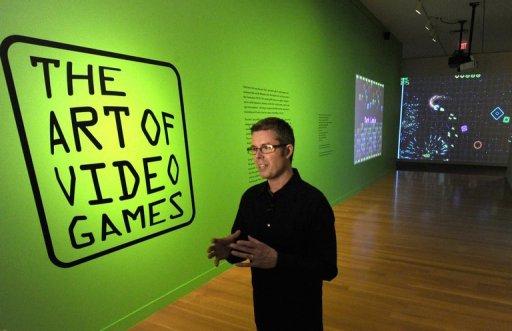 The Art of Video Games

Last month, the Smithsonian bid farewell to the successful show with GameFest 2.0, a daylong festival that invited attendees to participate in live-action game play and family-friendly activities, including arts and crafts, scavenger hunts and musical performances. Throughout the exhibition, museum-goers enjoyed numerous public events such as a Video Games Live concert, which featured scores from popular video games, as well as frequent panel discussions led by prominent video game artists and designers on the confluence of art, technology and games.

The exhibition's enthusiastic reception in Washington emphasizes the growing recognition of video games as a transformational and captivating art form. Chris Melissinos, the exhibition's curator, said, "By and large, people [who visit the exhibition] say: ‘I had no idea video games were this engaging, this provocative, this emotive.' That has been the most rewarding: helping to elevate the argument about what video games can mean to society at large."

Following its presentation in Florida, the exhibition will continue its tour at the following museums, through 2016: