Fresh Newzoo consumer research amongst consumers in six Western countries shows that a month before launch, 7.4% of all Americans ages 10 to 50 were seriously thinking about buying the new mid-size Apple iPad Mini device. At that time, analysts expected a lower price point than presented yesterday. 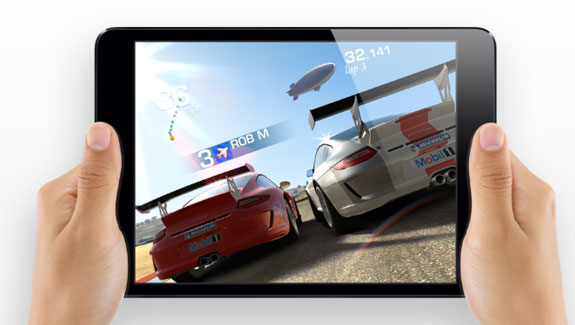 iPad Mini will compete with Sony and Nintendo portables

In Europe, anticipation is slightly lower ranging from 3.5% in the Netherlands to 7.0% in the UK. The relatively low consumer awareness of the iPad Mini of 22% is offset by a high buying intention rate of 36%, resulting in 14.3 million direct potential buyers in the US alone. The device appeals specifically to families, illustrated by the fact that 63% of interested buyers has kids at home or lives with his or her parents. Almost three quarters is older than 20 and 45% is female.

These results confirm that this device will compete directly with handheld consoles. Already, 10% of Nintendo DS gamers and 12% of Sony PSP and PS Vita gamers want to get their hands on an iPad Mini.

The awareness of today’s launch of the new small iPad was found to be relatively low at 22% in the US, with Germany and the UK scoring slightly higher at 24% and 27%. As comparison, the iPhone 5 had an awareness of 57% in the US two weeks before launch and the Wii U currently scores 32%. Of the consumers that are aware, the intention to buy the iPad Mini is relatively high: 34% compared to 37% for the iPhone 5. The number of Americans looking forward to getting their hands on the next generation of consoles are comparable for the big three: 24.5, 24.8 and 28.8 million for the Wii U, Xbox Next and PlayStation 4 respectively. Console market challenger Ouya has triggered serious buying interest amongst 5.2 million Americans.