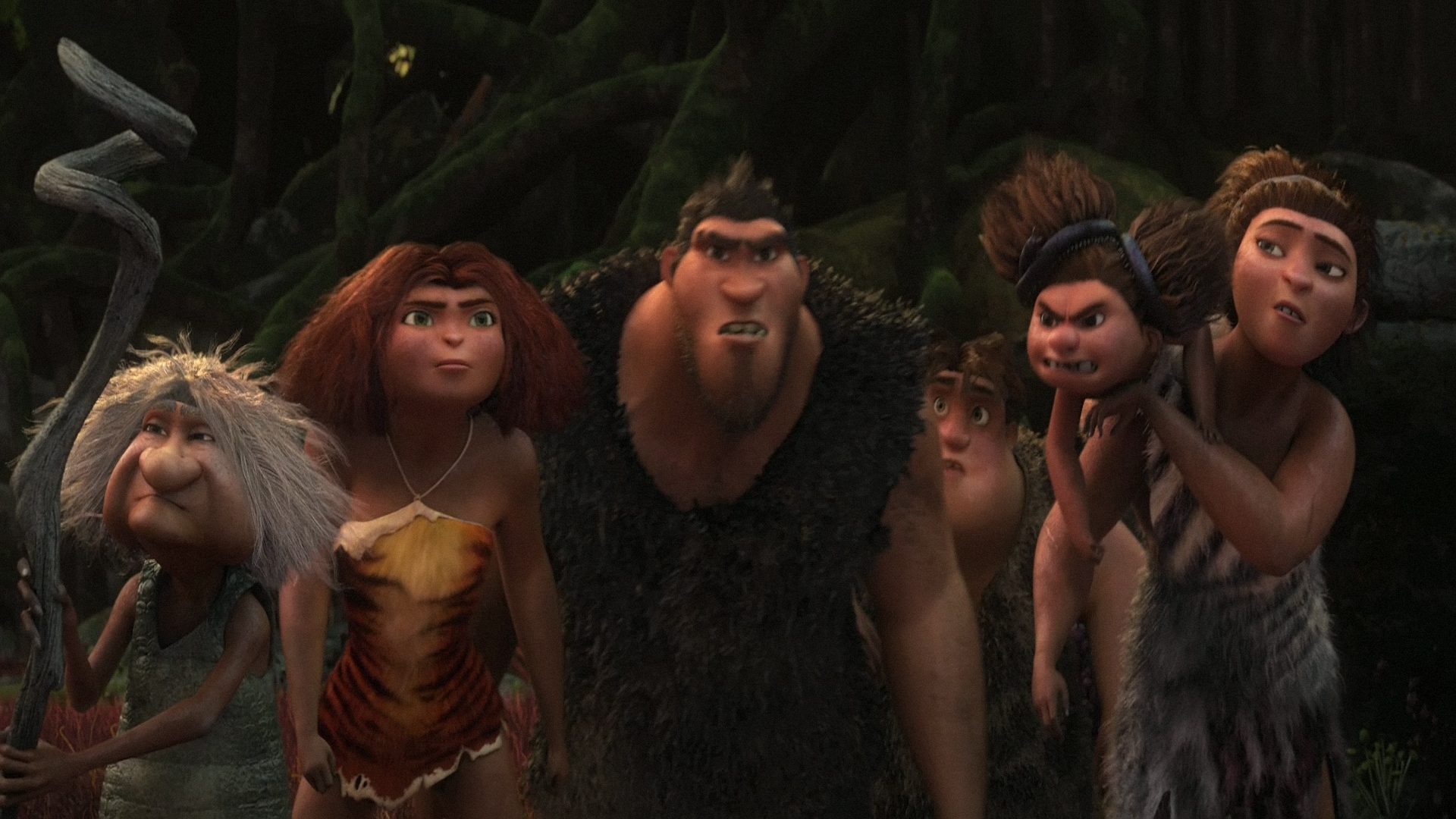 The Croods have invaded home entertainment with Blu-ray 3D, Blu-ray and DVD versions of DreamWorks Animation’s $568 million box office blockbuster now available from Twentieth Century Fox Home Entertainment. What that means for parents – in addition to a funny and entertaining flick – is lots of “Dun Dun Dahhh!” That’s the favorite line from Belt, one of many unique creatures dreamed up by writers/directors Kirk DeMicco and Chris Sanders to inhabit the prehistoric adventure.

The computer-generated movie is actually the first from DreamWorks to utilize brand new performance capture technology – just like that used in the latest video game hits like Grand Theft Auto V, The Last of Us and Beyond: Two Souls. This allowed the animators to get a real-time look at what their movements would look like in the movie – something that in the past was done by filming themselves in a room trying out moves. This technology also allowed the directors to control the in-movie camera to see exactly what the audience would see in the completed film.

“Performance capture was used mostly for the layout process, which is where we put the 3D characters in but they’re not yet animated,” said DeMicco. “It’s used to get the camera going so the editors know what to animate because they’re only going to animate what’s being seen on the camera.  Also, the actual movement on screen is more fluid, whereas before it was a little more rigid and kind of clunky. Most importantly, it got everybody to be in one room and talking about the scene. A lot of time we go from room to room to room looking at different PCs and with this everybody came down to the motion capture room and we could see it up on the screen in real-time.”

The similarities between making a digital film and creating a virtual game world based around that film has allowed DreamWorks to work closely with game makers D3 Publisher and developer Torus Games. As part of multi-film licensing agreement with DreamWorks, D3, a division of Square Enix, collaborated with the filmmakers on The Croods: Prehistoric Party for Wii U, Wii and Nintendo 3DS. The game allows up to four players to take part in an assortment of family-friendly mini-games and adventures.