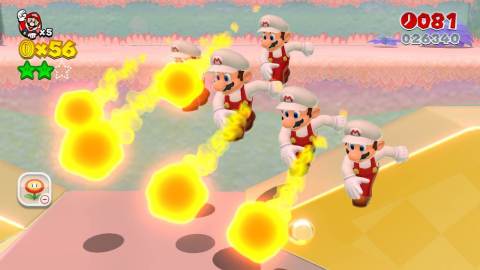 Nintendo has recently unveiled a new video titled "Nintendo Direct Video" that showcases a host of upcoming games coming out for the Nintendo Wii U and the 3DS. Its been awhile since we've heard some updates on some of the games like Super Mario 3D World and Super Smash Bros with the Wii U.

By clickling the link here you can all of the updates including the following:

Super Mario 3D World- Fresh power ups like cherries that allows you to duplicate your character.
Super Smash Bros: Sonic is a playable character!
There is this and much more including the new Zelda title for the 3DS that is coming out