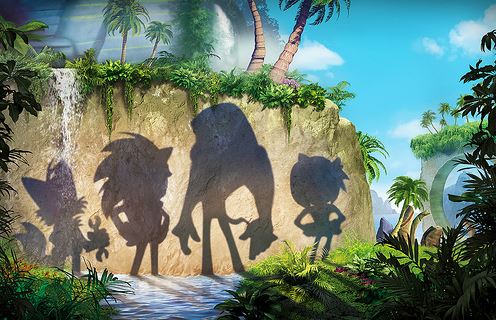 Did you ever remember watching Sonic on a Saturday morning as a kid? Sega has recently announced that they will bring back the spiky blue mascot Sonic back to TV in an entirely different format. Dubbed Sonic Boom, Sonic will be computer generated that will target kids between 6-11 years old. Sonic Boom will showcase Sonic for the first time ever in CG after five different successful runs in Sonic's cartoon history.

"Sonic Boom is a character-driven comedy that leaves a trail of robot wreckage in its smoldering wake," said the announcement. "The series centers on Sonic, his best friend and sidekick, Tails, their never-ending search for adventure, and their battles with Sonic's arch-nemesis, Dr. Eggman. Rounding out the ensemble are fan favorites Knuckles and Amy Rose, plus a rogue's gallery of enemies – some familiar to Sonic fans and some brand-new."

Sonic Boom will debut sometime mid-next year to garner even a new generation of fans. Until then, you can play Sonic: Lost World that is set to release on October 22nd for the Wii U and Nintendo 3DS.