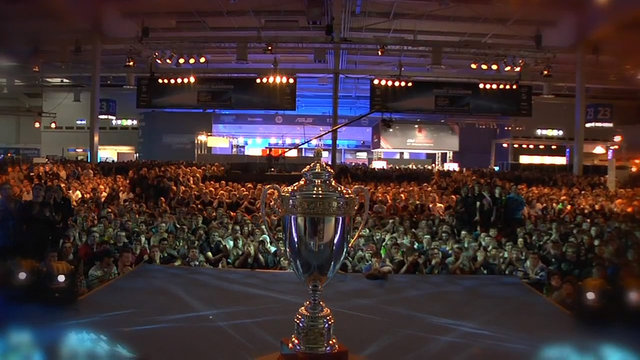 The League of Legends Season 3 Semi-finals at USC’s Galen Center are now history, resulting in the final matchup of the the world’s best two teams – Royal Club versus SK Telecom T1. These fierce competitors now face the biggest challenge of their gaming careers at the Staples Center, home to the Los Angeles Lakers. The culmination of the third season of the League Championship Series will crown a victor $1 million dollars in front of a sold-out arena of 11,000 fans.

Royal Club started off the year with their participation in the G-League 2012 Season 2, finished at 3-4th place after losing against Team WE 1-3. They then attended GIGABYTE StarsWarLeague/Season 2 in March but got knocked out in the Group Stage. In June, Royal Club finished 5th in 2013 LPL Spring, went 15-13 in the Group Stage and did not qualify for playoffs. One day after, they participated in the NVIDIA Game Festival 2013 and placed second after losing against Team WE in the finals. In July, Royal took part in StarsWar 8 tournament. They got knocked out in the semifinals, lost 0-2 to iG. At the end of July, they once again lost 0-2 to iG in the semifinals of IEM Season VIII - Shanghai and finished 3-4th. In September, Royal qualified for the Season 3 China Regional Finals after finishing 2nd in the 2013 LPL Summer/Regular Season with the result of 13-8. In the Season 3 China Regional Finals, Royal made an amazing comeback, went from the Loser's bracket to defeat OMG in the Grand Finals, claimed the first place and not only a spot in the Season 3 World Championship but the huge advantage of being placed directly in the quarterfinals past the group stages. Now there are many fans in China who are excited to see them battle in the grand finals against the Korean powerhouse, SKTT1.

SK Telecom T1 was founded in December, 2012 and gained attention when it placed No. 3 in their official league debut, the Olympus Champions Spring 2013. SK Telecom T1 continued to show their strength in Hot6 Champions Summer by finishing No. 1 after beating KT Rolster Bullets 3:2 in the finals. In the following week, SK Telecom T1 once again beat KT Rolster Bullets by 3:1 at the Korean regional qualifier and acquired the last ticket to the World Championship. SK Telecom T1 is a team that can overwhelm opponents during each stage of the game. Many of those who watch SK Telecom T1’s matches comment that they have no weaknesses, and thus many Korean fans are excited to see them compete in the World Championship.

Who will rise? The hype is continuing to grow as we prepare for a best of five championship match during the grand final at the Staples Center tonight at 8PM.