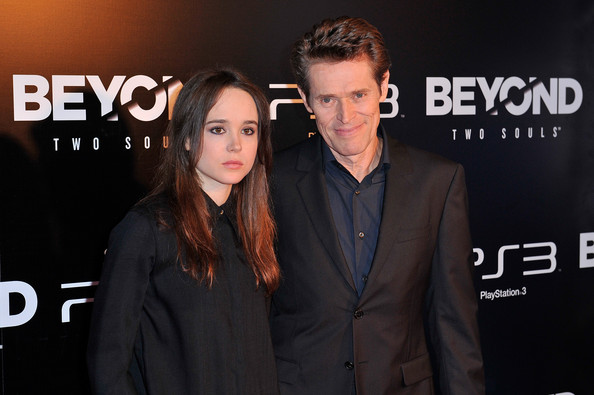 Sony Computer Entertainment America celebrated the Oct. 8 release of one of Beyond: Two Souls at Le Grand Rex Cinema in Paris, France. The PlayStation 3 exclusive from Heavy Rain developer Quantic Dream features performance captured performances from Academy Award nominees Ellen Page and Willem Dafoe. The actors, along with Kadeem Hardison and Lorne Balfe, walked the red carpet at the premiere event, which you can see in the video below.

Beyond: Two Souls takes players across the globe on a journey that explores 15 years of Jodie Holmes' (Page) life. In this original crossover hit, main character Jodie, aided by scientist Nathan Dawkins (Dafoe) discovers a connection to a mysterious entity, setting off a thrilling journey to discover the truth about life, death and who she is – a central theme that provides a rich and evocative narrative.

Page builds on her already impressive body of work, and celebrates her first ever foray into gaming as the lead role of Jodie Holmes – a young woman who possesses supernatural powers through her link to an invisible entity she calls Aiden.

Speaking of her experiences, Page said, "The entire creative process has been a really interesting experience and I have constantly been surprised at the sheer scale of work that it takes to develop a game like this. Showing Beyond: Two Souls at the Tribeca Film Festival earlier this year and then at the Tokyo Film Festival later this month, confirmed how far the world of gaming has come. I honestly believe fans are going to have a truly unique and emotional experience."

The attending cast and creative team including David Cage, took part in a panel discussion on the development of Beyond: Two Souls and the ongoing convergence of gaming and film.