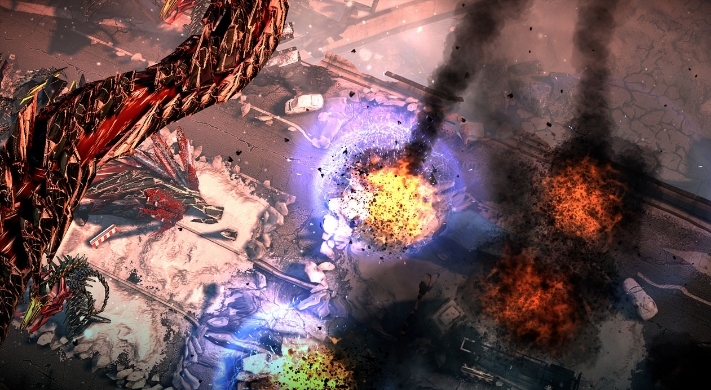 Developer 11 Bit Studios has worked with NVIDIA over the years on a number of Tegra-powered games. The latest is Anomaly 2, which the developer has optimized for Tegra 4 and the NVIDIA SHIELD. Pawete Miechowski, senior writer at 11 Bit Studios, talks about what’s in store for mobile gamers in this tower offense sequel in this exclusive interview.

Can you talk about the Anomaly franchise?

This is tower offense game, so it’s a strategy game where you actually attack towers instead of defending them. You have the entire squad to control. You plan the route for the squad. You support the squad with extra abilities. You micro manage the squad.

With Anomaly 2, what were your goals heading into this sequel?

We had a very ambitious goal of putting quality graphics on an Android device. There are some powerful devices now out there on the market that we believe we can deliver PC-quality gaming to mobile gamers. Anomaly 2 is a really demanding game when it comes to graphics and new ideas.

What’s new when it comes to gameplay?

We added morphing features. In Anomaly 2 you can morph the units simply by double tapping on the unit. Like in the Transformer movie, it morphs into a war maker that has different functionality compared to the original form of the unit. The biggest addition is the multiplayer gameplay. In Anomaly 2, we will have online multiplayer where you can play as either a human unit or as the towers.  It’s always one versus one player mode and you choose if you want to play towers or humans and then go into the clash.

What are some of the different environments people can play through?

Part of the game takes place in frozen America, and then we move to the jungle. There’s also virtual reality, where you can complete training missions.