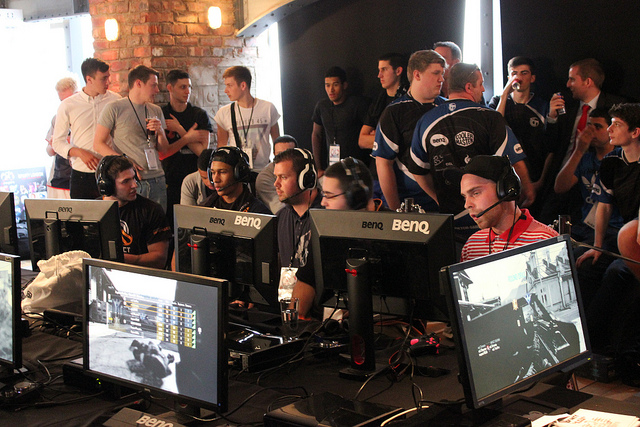 G2, the biggest UK Call of Duty tournament by Gfinity, took place on at the iconic London Film Museum in Covent Garden. The second event coordinated by the company, saw 16 of the greatest teams from around the world compete for a major prize pot of $70,000, with the main prize of $30,000 going to the USA’s Complexity, a premier competitive gaming brand.

Over 500 spectators attended throughout the course of the weekend with hundreds of thousands of viewers watching from home via MLG.tv to see their favorite teams, including world-renowned Optic Gaming, Complexity Gaming and UK teams such as Epsilon battle it out for the main prize.

The tense first day saw Optic Gaming, a favorite to win, lose the qualifying matches against Infused and Team Kaliber, allowing a higher portion of UK and European teams to compete in Day Two for the Quarter Finals. All eyes were soon on Epsilon to represent the UK after making it onto the finals but they narrowly missed out on the main prize, taking home the sum of $15,000 for second place.

“Gfinity is a new company and to have seen this much support both at the event and from viewers at home has been overwhelming,” said Paul Kent, Chief Operations Officer, Gfinity. “We aim to put the UK on the eSports and G2 has helped to turn that corner by offering professional gamers the chance to play in a high-caliber tournament amongst their peers for the greatest prize pot ever on offer in the UK. We are already thinking about how to top this event and are looking forward to the continued partnership with MLG which has made what was a small UK team suddenly have a global reach. So to all our fans we’re looking forward to seeing you all again very soon.”

Gfinity will work with MLG to provide a cohesive online and in-person competition schedule which will provide regular competition for all players and regular content for all the fans.

8 days of the undead fan celebration set to kick off at launch.