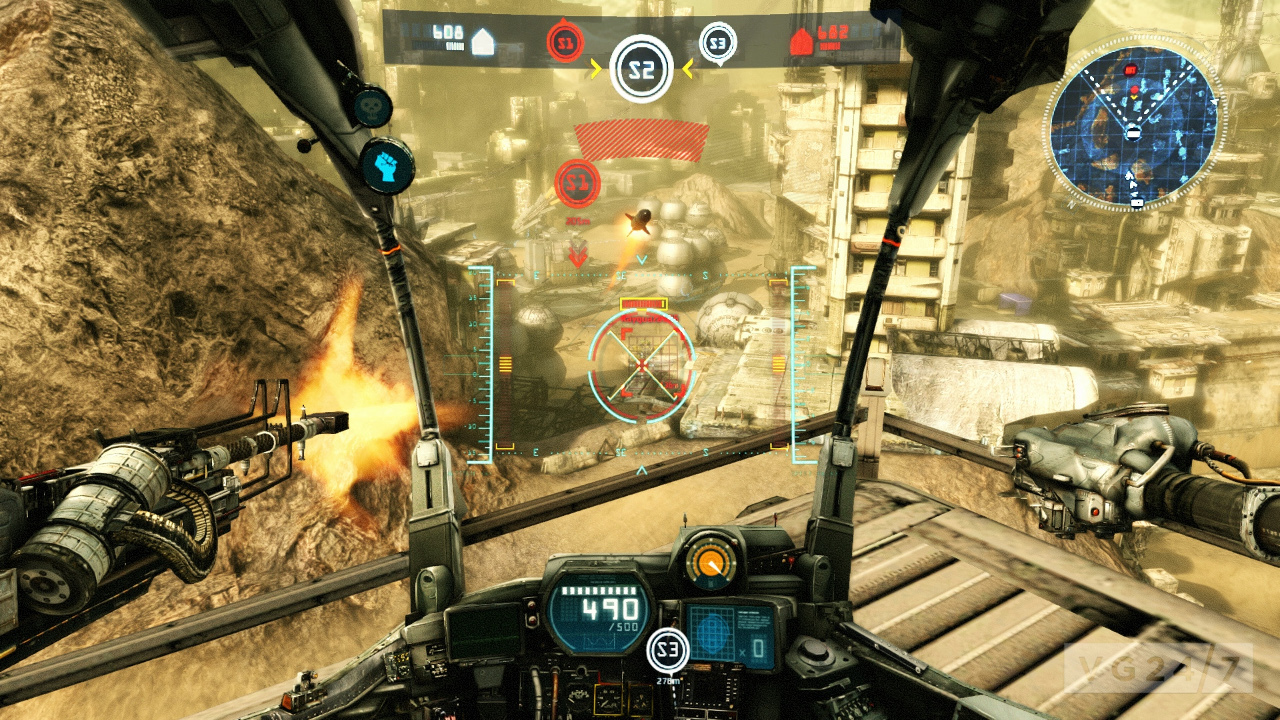 Meteor Entertainment and developer Adhesive Games are offering HAWKEN fans something new. The game developer is unleashing the first of what’s expected to be multiple co-op modes that focus on PvE (player versus environment) gameplay. Producer Jason Hughes dives into the new game mode – which is a cross between a Gears of War Horde mode and an MMO-type raid encounter, in this exclusive interview.

Can you walk us through the new gameplay mode?

This is just the start of our plans to begin offering players a compelling PvE experience. We are launching our first iteration of co-op later this month which consists of four players being pitted against 25 waves of enemies. The goal? Get as far as you can, battling through each of those 25 waves and every fifth wave has a boss encounter that increases the intensity level even more. There is also a resource gathering mechanic in which eliminated AI Drones, Bots and Bosses drop EU (Energy Units) and those resources can then be used to upgrade your Mech to aid you in future waves. It requires a lot of teamwork to be successful and we are looking forward to hearing the feedback from players once they get their hands on it.

How does this differentiate itself from other free-to-play games?

Co-op modes have been very popular and successful in many other free-to-play games. So while maybe not a new concept for a free-to-play games, we just needed to make this type of experience work for HAWKEN. We took some extra time with the development of this first iteration, adding additional mechanics to further enhance gameplay so it wasn’t just about destroying enemies. We do have something special with HAWKEN. The universe really does allows us to do a mode like this and have it fit in nicely which what players expect. The lore and premise of the game just screams out for a need to control a giant mech and blow up a lot of stuff! So not only is that a lot of fun on its own but co-op helps to focus that type of experience in a different way than the competitive modes and it provides something players will want to experience over and over again.

What role will PVE play in HAWKEN moving forward?

We are hoping PvE will play a big role for HAWKEN in moving forward. We are not resting with what we’re releasing this month and already have additional features we want to bring to the mode to make it something players will want to experience regularly. There are many different type of players in the gaming industry, ones that love PvP and ones that love PvE. This Co-Op mode will allow the people that love PvE to enjoy HAWKEN too so we its addition as only as something that can expand our increasingly growing fan base. It may also serve as a change of pace and a breather for players that want a break from their regular PvP matches. The mode as a whole is still early in development and we plan to evolve it over time, creating tons of new content for it.