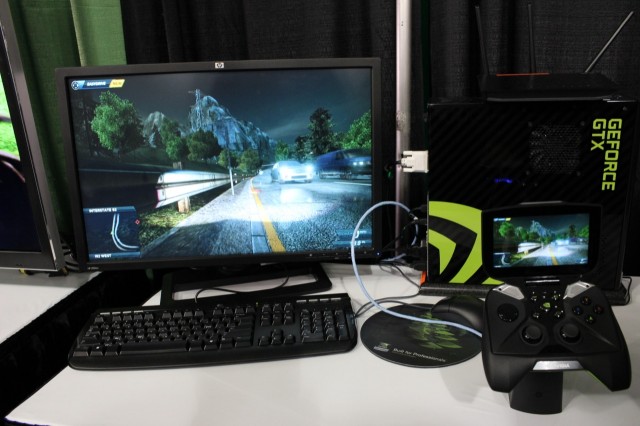 Although Sony and Microsoft will sell millions of PlayStation 4 and Xbox One consoles around the globe this fall, the true next gen device, the computer screen, will continue to rule when it comes to market share of all video games. According to a new free 24-page PC Gaming Trend Report by research firm Newzoo, by 2016 PC gaming will make up 35.8% of the global market share and generate $30.9 billion. That’s up from the $27.6 billion PC games will generate this year.

PCs have always been true next generation devices. But Moore’s Law has dropped the price of cutting edge technology and the very definition of a PC has now expanded to include portable devices of all kinds. With consumer electronics companies, wireless providers and even game developers like Valve and start-ups like Oculus VR getting into the game, the PC takes the lead in innovation and will be able to leapfrog the cutting-edge next gen consoles in just a short time.

Of the 900 million PC gamers around the world, Newzoo found that 227 million are considered core PC gamers that play at least once a week and spend at least $5 per month on games. North America has the highest number of core gamers at almost 40 million, followed by China with 37 million. In relative terms, this means 32% of North American and 24% of Chinese PC gamers can be defined as core. Latin America boasts the highest percentage of core PC gamers (35%) of all regions. In comparison, there are 137 million core console gamers. Globally, 25% of all PC gamers can be considered core, while 18% of console gamers are core.

“PC gaming does not only appeal to men,” said Warman. “Thirty-one percent of the 70 million ‘core’ PC gamers worldwide are female, a share that has been on the rise in recent years.”

The success of Riot Games’ League of Legends, which has over 85 million gamers playing the free-to-play, five-on-five game, is one of the key drivers to the success PC gaming has globally today, according to Warman. League of Legends has capitalized on three trends that is keeping PC games at the forefront in the global market place. The title is free-to-play, which has opened the door to an audience that few console games can garner; it’s an eSports mainstay, which has kept fans interested even if they don’t play the title; and it’s a livestreaming and video phenomenon, with gamers tuning in to everything from big eSports events like the World Championship at the sold out Staples Center to simply watching favorite players practice at home.