I know it may seem like we have been flooding GamerHub TV lately with WWE news, but we are proud members of the WWE Universe and we are beyond excited for the release of WWE 2K14 on October 29! We are absorbing every piece of news around the game and today is no different. Recently 2K Sports announced the release of their Season Pass content for WWE 2K14. The announcement included confirmation that the nWo, Rick Rude, and Jake the Snake will all be playable in the game. Now, 2K Sports has revealed something new for the WWE Universe.

2K Sports has announced new Xbox 360 Avatar Items and a new Dynamic Theme for the PS3. The Avatar items are available now and allow you to show your love of the WWE Universe by outfitting your Avatar with items based on your favorite WWE Superstars and legends. The items cover a wide range of superstars from the flamboyant Fandango to “Hollywood” Hulk Hogan. The full list of Xbox 360 Avatar items are available now and are as follows. 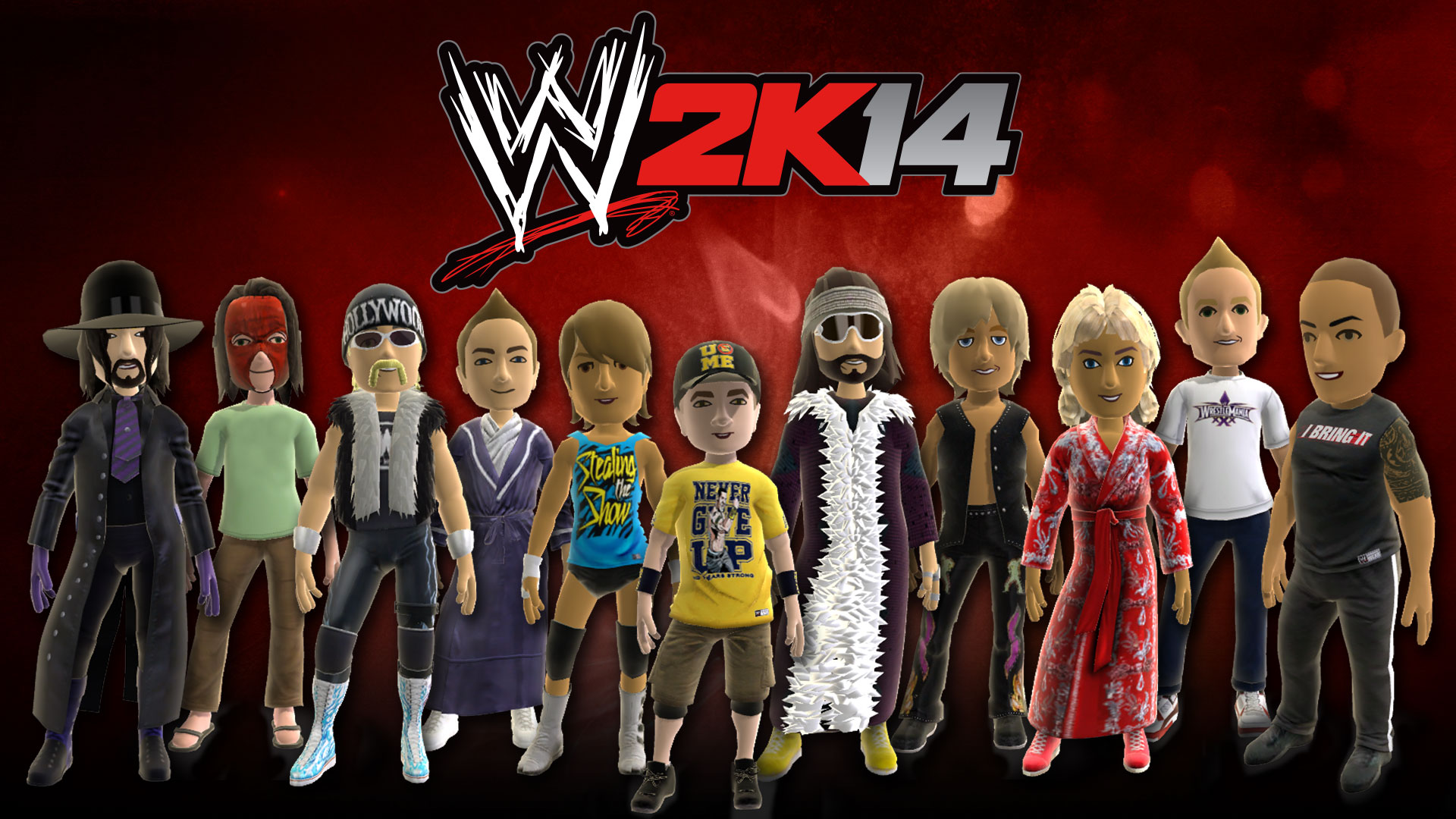 Make Your Avatar A Member Of The WWE Universe.

PS3 owners are not being thrown over the top rope yet. 2K Sports has created a new Dynamic Theme. The theme features rotating imagery featuring John Cena, Hulk Hogan, Andre The Giant, Goldberg, and this years cover athlete The Rock.  The theme is priced at $2.99. The dynamic theme is available now and November 2013 internationally.

While it would have been great if some of these items were available in the Season Pass, this is still good news for those looking for the perfect compliment to WWE 2K14. Be sure to pre-order the game and receive the Ultimate Warrior. The game releases on October 29.