The Surface RT model with the minimum 32 gigabytes of NAND flash memory and an optional black Touch Cover carries a bill of materials (BOM) of $271.00, according to a preliminary estimate from the IHS iSuppli Teardown Analysis Service. When the $13.00 manufacturing expense is added in, the total cost to manufacture the Surface rises to $284.00. In terms of its size, feature set and pricing threshold, the Surface RT is clearly designed to compete with the full-sized iPad. 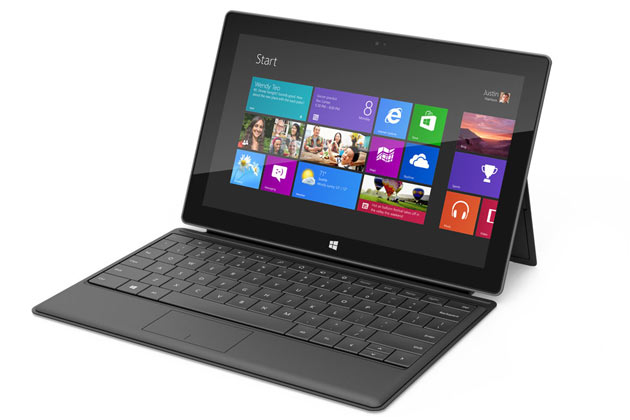 “The Surface represents a key element in Microsoft’s strategy to transform itself from a software maker into a devices and services provider,” said Andrew Rassweiler, senior principal analyst, teardown services, for IHS. “Key to this strategy is offering hardware products that generate high profits on their own, similar to what Apple has achieved with its iPad line. From a hardware perspective Microsoft has succeeded with the Surface, offering an impressive tablet that is more profitable, on a percentage basis, than even the lucrative iPad based on current retail pricing.”

At an estimated total BOM and manufacturing cost of $284 and a retail price of $599, the Surface RT generates hardware and manufacturing profits that are, in percentage terms, higher than the low-end iPad. Even at a price of $499 without the Touch Cover, Microsoft will generate a profit margin that is greater than the low-end iPad, in percentage terms and on a per-unit basis.

One key differentiating hardware feature of the Surface hardware is the optional Touch Cover, which is essentially a cover that also acts like a full-function keyboard, but uses only capacitive touch sensing to operate. The keyboard works very well and even has a touchpad at the bottom, making the device feel and operate very much like a notebook PC when the Surface sits on its kickstand and the Touch Cover is laid flat.

“The Touch Cover represents a best-of-both-worlds approach for the Surface, giving it the most attractive features of both notebook PCs and media tablets,” Rassweiler said. “This feature differentiates the Surface from the iPad. The end result for Microsoft is a very compelling product that is impressive. It’s also clearly more Microsoft friendly—so enterprises and major users of Microsoft Office likely will gravitate to this very competent product as a possible substitute to conventional notebook PCs when used for travel.”