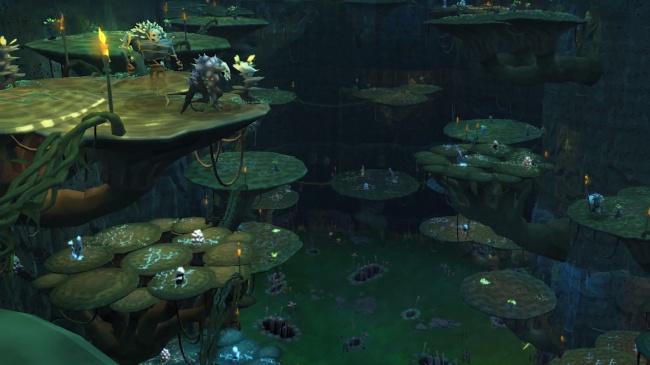 More than a million retro gaming fans have flocked to RuneScape Old School since UK developer Jagex launched a 2007 version of the multi-award winning RuneScape in February of this year. The launch came after 450,000 players voted for the Old School version revival. Jagex has continued to empower the community to take control of the developmental direction by allowing them to vote on every update that goes into game.

Following a landslide vote where over 89% of the community voted for the introduction of the God Wars Dungeon to Old School RuneScape, this release heralds in a new era of boss hunting and group gameplay. Featuring four new bosses, K’ril Tsutsaroth, Commander Zilyana, General Graardor and Kree’arra, players have a chance of obtaining a legendary Godsword, the most powerful weapon known to Old School. In addition, new sets of high level melee and range armors and high level weapons, including the Staff of the Dead and the Armadyl Crossbow, have been added to the game.

“Seeing RuneScape Old School hit the million player mark so soon after launch is a great milestone for the game, and our players have joined the celebration by voting for the game’s most epic update to date,” said Phil Mansell, RuneScape’s executive producer. “Players will need to be steadfast and defiant in order to win through and defeat the gods, but if successful, players will be rewarded beyond their wildest imagination. It is the ultimate game of seeking treasure or die trying – something RuneScape has grown famous for.”