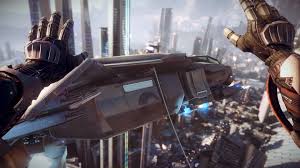 It's always interesting to hear opinions or comments from competing companies head honchos share their two cents. In this case we have VP of Microsoft Phil Spencer give his take on the first-party studios from Sony Computer Entertainment that are set to launch some big name titles. One of these titles of course is non other than Killzone: Shadow Fall and DriveClub.

Phil Spencer was asked to give his opinion on the competition and he said Killzone: Shadow Fall is going to be a 'great game', also calling Guerrilla Games a 'good studio.' He also stated that Sony was hanging their launch of the PS4 to that exact game and stating that it was 'very smart' of them to target the first person shooting genre. Phil Spencer also stated that the delay of DriveClub will end up being good for Sony and how they shouldn't force it out as they need this title to be a 'fantastic' game.

He also mentioned that the first party core at SCE was an 'incredible organization' that has many 'great franchises'. He noted how impressed he was the management and leadership of the company. It's going to be an interesting battle coming up between the PS4 which is due out on Nov.15 and the Xbox One which is due a week later on Nov. 22.