Wayne Brady Gets His Wii Party On 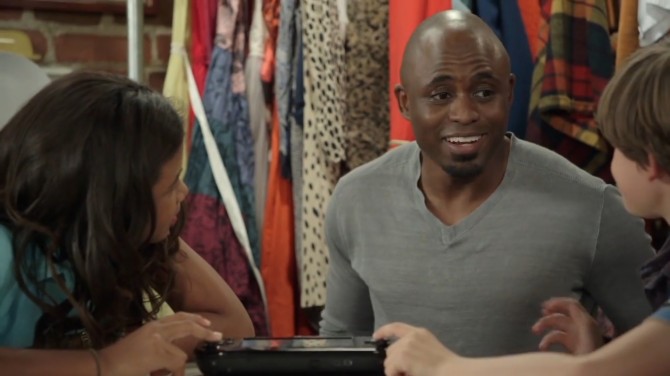 Wayne Brady is everywhere these days. He’s on “How I Met Your Mother” and “Let’s Make a Deal” on TV, and he’s online in a series of new viral videos from Nintendo. He also still makes the rounds as a stand-up comedian. When he’s not working, the actor can be found playing video games on all of his systems. The old school gamer talks about his gaming habits in this exclusive interview.

What games are you playing these days?

Right now I’ve got my Nintendo Wii and my Wii U. I was kind of behind the times.  I’m playing a Super Mario Bros. that was released at the end of last year. I’m also playing The Wonderful 101, which is this super hero game where you play a group of heroes and it’s this great aerial view where the 101 of you come together to form all these powers.  On my PS3 I’m playing Last of Us and alternating between Grand Theft Auto V. And then on my Xbox 360 I’m playing the latest version of Dance Central because my daughter tries to talk smack, so we play Dance Central and The Michael Jackson Experience and I’m still the boss.

What are your thoughts on the Wii U?

I was just talking to someone -- and this isn’t just propaganda even though this is an interview and I’m doing an Nintendo spot and the Nintendo folks are over there -- and they will attest that the fact I was lamenting this morning, and I can say lamenting because I’m an adult…I can say words like that. I was lamenting the fact that as a gamer I was behind the times.  I did not know that the Wii U was as dope as it is. The PS3 and the Xbox are amazing machines, but the Wii U can control your TV and it can control your satellite box, so basically everyone’s always been trying to make this one-stop entertainment console for your home. Nintendo on the quiet did it.  I sat on my couch with just the Nintendo Wii U in my hand, turned on the TV, adjusted the volume, did the inputs and I was able to play Mario Bros.  Then I got bore so I paused it.  Then I was able to flip over to TV, watch my shows.  I’m watching Hostage on CBS right now, and then I was able to go back. No one else can do that right now.  I think people need to know that the Wii U exists.  They need to know that that piece of equipment is out there.  It’s great.