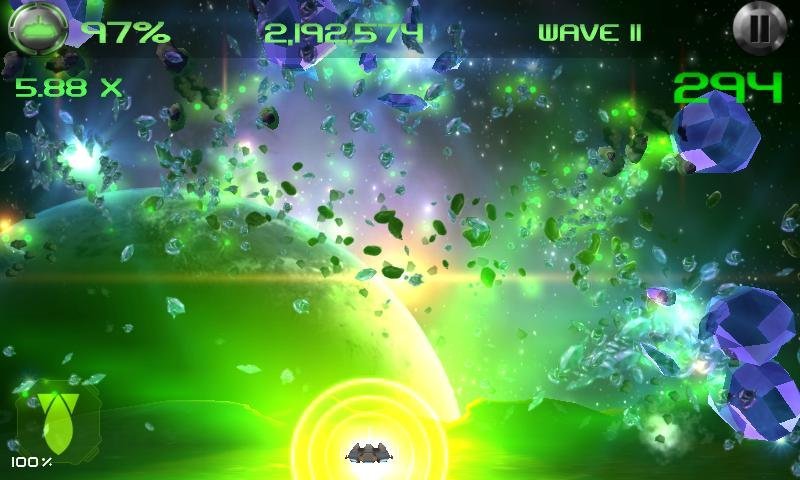 Canadian game developer Hardline Studios has crafted a next generation mobile shooter that pays homage to old school classics like Galaga and Astro Smash. In Alpha Wave, the non-stop barrage of enemies attack to an original orchestral score with special effects lighting up the screen like fireworks. SHIELD gamers are about to get an even more robust experience with Alpha Wave. Hardline Studios’ Fred Di Sano explains what’s in store for Android gamers thanks to Tegra 4 enhancements in this exclusive interview.

What were your goals when developing Alpha Wave?

We wanted to develop a fun, intense and progressively-paced space shooter with loads of eye candy. It had to be simple to play and was something you could use to bump off 10 to 15 minutes of time. It also had to be easy enough that a newcomer to the genre could play, but also provide a seasoned gamer a good challenge as well. The inspiration for this game can be traced to the popular 80's game Astro Smash which was on the Intellivision and Atari 2600.

We are using a third party framework for all the rendering, so we were very limited in just what we could do. We would have loved to have better control over lighting and post-effects, but in lieu of that we really cranked our particle and effect system instead.

Alpha Wave starts off slow with a rapidly increasing tempo to bring the player to a furious ending. It is geared for both a touch screen and HID-type interface and takes advantage of higher-end devices by automatically scaling up effects.

How have you worked with NVIDIA on your game Alpha Wave?

NVIDIA contacted Hardline Studios back in September regarding Alpha Wave. They really loved the game and wanted to see it on the SHIELD, as well as various other Tegra-ready hardware. We were really thrilled about this, as we are big fans of NVIDIA hardware. So from there we had a conference call and got the ball rolling. 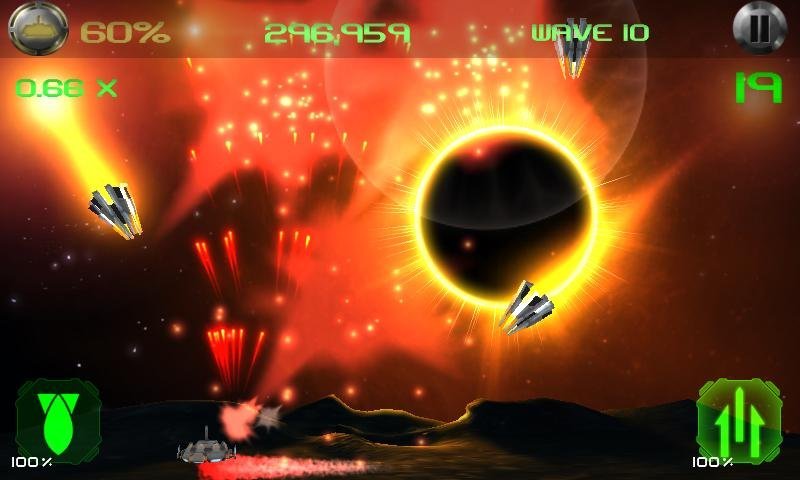 What has NVIDIA provided in terms of tech that has helped with development?

They shipped us a SHIELD a few weeks after initial contact and also provided us with some good documentation regarding best practices for getting featured on Google Play. We also discussed receiving other Tegra related hardware in the future.

What are your thoughts on the SHIELD device?

I love the Shield. It's solid, powerful and has a great sound system. It really pushes the bar in what is possible in an Android gaming micro console. It's the closest thing so far to having a PS3 or Xbox 360 that can be taken wherever you go.

How does Alpha Wave take advantage of SHIELD?

It uses the analog controls, cranked-up effects and the amazing sound system. You can really feel and see the explosions now better than ever.

It's very engaging and progresses quickly. I've watched many people play and they just get into it and locked on until they die or finish the level.

How does your game make use of the latest Tegra 4 technology?

With the extra power of the Tegra 4 we can use higher resolution textures and push far more special effects.

How does this impact the gameplay experience on SHIELD?

The game runs at a solid 60 frames per second even at during the more intense parts. 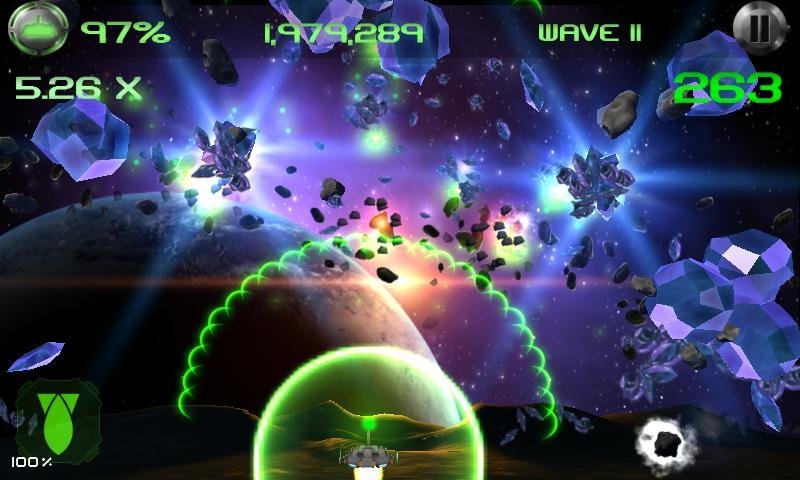 I would have to say it's hardware fragmentation. The spectrum (on Android) ranges from a single core 600 Mhz ARM v6 CPU all the way up to a quad-core 1.9 GHz beast like the SHIELD. So the major feat there is to make a game scale properly across different hardware configurations.

How does NVIDIA help with this?

NVIDIA made the Tegra chipset with gaming in mind, so it's one constant configuration across different devices which is nice and predictable.

What are your thoughts on what can be done with tablet gaming today?

Tablets are great because they have nice large screens and lots of power under the hood. With larger screens, you can start making games that are really tablet oriented like top down strategy games. Also, a lot more tablets are shipping with HDMI output capability, which allows for them to act as a kind of console when coupled with a wireless gamepad.

I love the fact that CPU and GPU technology is quickly approaching what was only possible on a current generation console a few years ago. Multi-core render engines with console/PC level quality aren't far off and a few titles have already arrived.

How do you see mobile gaming evolving moving forward?

There are so many angles to pursue in the mobile gaming space. For us, it's the power of next generation CPUs and GPUs. A few years ago, running a basic shader would have brought a smartphone to its knees. But now you can render highly detailed scenes with plenty of post effects like blooming, shadows and complex lighting systems. With more powerful CPUs comes better AI and physics as well. It's just starting to get good.