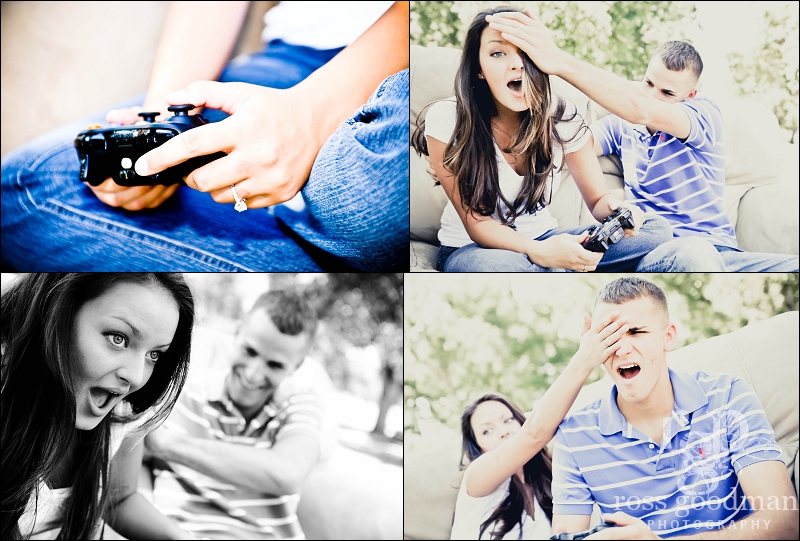 According to video game research firm Newzoo, there are over 200 million gamers around the world who play Activision’s Call of Duty. With that type of player base, and the increased number of female gamers out there; it was only a matter of time before the first-person shooter brought a couple together.

That’s exactly what happened with Justin and Kristian Rollins (ages 22 and 23 respectively), who live in Hinesville, GA. While they’re currently playing the new Call of Duty: Ghosts game, they also have another big celebration this month. November 19 will be the couple’s two year wedding anniversary.

“I walked in on Justin playing Call of Duty: Black Ops at a mutual friend’s house in Savannah,” said Kristian Rollins. “After being introduced my first sentence to him was "Wow, you really suck," because he had been trying to beat a level on the campaign and was failing miserably. He was in shock at my comment and asked if I could do better. We started playing the campaign in two-player mode and we beat the level together the first time we tried. It was the bridge level, where there are cars and helicopters and you’re trying to make it across the bridge. We played together for a while that night. It was a good ice breaker and helped it not to be awkward for either of us. It was something we had in common and opened the doorway for other conversations.”

Those long hours playing Call of Duty together quickly sparked a love connection. While many guys in relationships have to weigh their gaming time against time with their loved one, this couple got to play together. Kristian grew up playing games like Halo, Legend of Zelda, Super Mario Bros., Assassin’s Creed, God of War and Call of Duty with her brother. It didn’t take Justin, a U.S. Army Sergeant at Fort Stewart, to see the light. 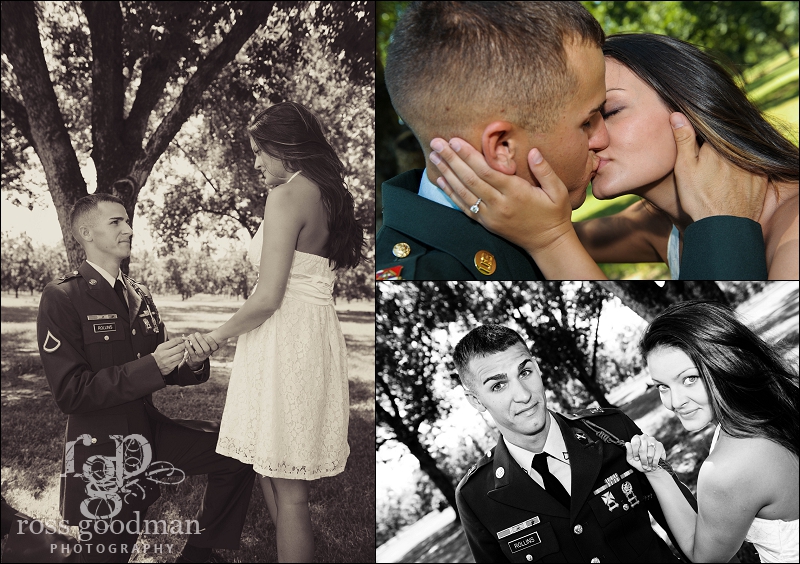 “I took Kristian to downtown River Street in Savannah,” said Justin Rollins. “She had no idea it was coming since we had only been together a short while, three months I think. I walked until I found a good spot. We both sat down and I got on one knee and handed her a box of chocolate because she loves chocolate and Forest Gump was filmed in Savannah. I asked her if she knew what they say about a box of chocolate. She looked at me confused. And I answered, “You never know what's inside.” When she lifted the lid, her ring was sitting there and she immediately said yes. A few minutes later it started raining like crazy and we walked back to my truck, but we didn't care.”

“The game defiantly helped our interest evolve for each other,” said Kristian Rollins. “I'm not sure we would have hit it off like we did if he hadn't been playing the game when I walked in. We still play Modern Warfare because it's one of our favorite ones. It's nice to replay the level and relive the beginnings of our relationship.

Call of Duty also became part of the wedding celebration. The couple expressed their love for the game in tandem with their love for each other through the engagement photo sessions and the actual wedding ceremony.

“When we decided to get married, I didn't want traditional engagement or wedding photos (I'm not that kind of girl),” said Kristian Rollins. “I wanted something unique and different. Since Call of Duty brought us together and Justin is in the military, I wanted to incorporate both. Ross Goodman was also previous military and I met him at Georgia Military College while getting my associates degree. He had always wanted to do a COD photo shoot. I called him up and told him I was engaged and gave him the details on how Justin and I met. We all got together with Justin's uniforms, AR-15, Xbox controller, a couch, and a Kay's Jewelers engagement ring and the pictures were made. The setting was: Justin was in the game and I was ‘playing’ him. We set up shots of him in the woods posing in uniform with his gun and me on the opposing side on the couch with the controller. For the wedding we had to be a bit more formal. So Ross tweaked the colors in the photos to make everything the neutral earth tones of COD green, brown, tan. We also did some shots of Justin and the groomsmen acting like they were on a mission to get over this brick wall where the bridesmaids and I were. We were married in November, which is of course the month the COD games always come out.” 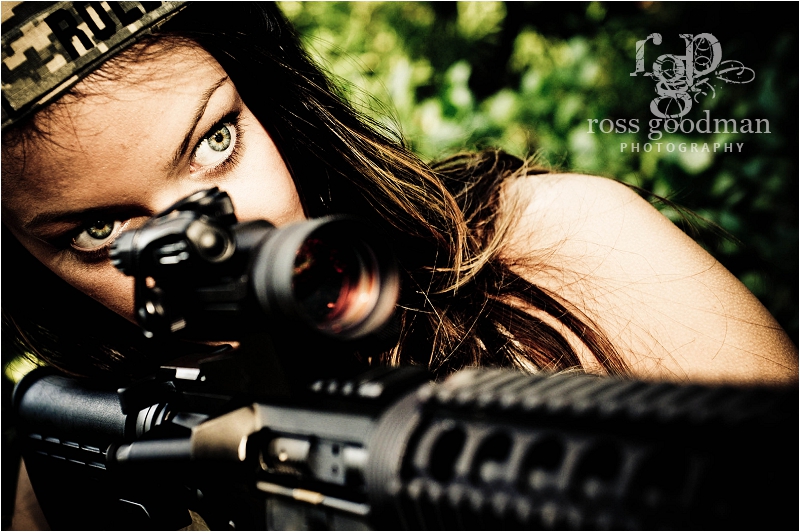 While Ghosts is their game of choice at the moment, the couple loves Modern Warfare 2 because of the map variety and Black Ops because of Zombies.

“We play as much as we can,” said Justin Rollins. “When I am training and stuff, it's hard because I don't always have access to a TV and Xbox. But it's always pretty cool when we can arrange a time. The other guys always think it's pretty bad ass that my wife plays with me online.”

Call of Duty plays an important role in the military today. Justin Rollins said that everyone he knows plays the game franchise. And when a new game like Call of Duty: Ghosts launches, it’s always the topic of conversation.

“We all get in a party online and dominate in the game,” said Justin Rollins. “It's cool because it gives us an outlet, a way to play war and have fun with it. We make jokes about how accurate it is or isn't to real life. It's a stress relief. When playing, it gets your mind off things and makes you feel like you’re back at home playing. It also makes time pass, which is always nice when you’re on deployment.”

Soldiers like Justin Rollins also respect the fact that Activision takes proceeds from Call of Duty sales and gives back to veterans through the Call of Duty Endowment. 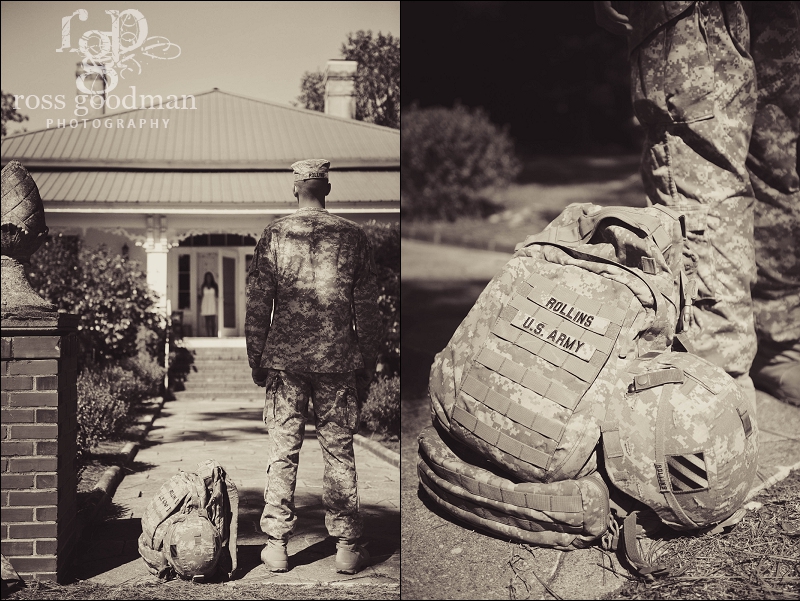 “It's hard making the transfer from soldier to civilian,” said Justin Rollins. “Finding a job to transfer too is the most stressful part and it is what keeps soldiers in the Army when they’re ready to get out because they are apprehensive about finding a career when all they have ever known is the Army. Any program that supports troops and veterans is great. I am thankful to have things like the COD Endowment to help support and raise awareness.”

While there’s always a lot of fighting going on in the Rollins household, it remains virtual. And the couple is proving that loved ones who game together, stay together, one multiplayer match at a time.

“We play a lot on the weekends and our time off,” said Kristian Rollins. “It's nice to just stay the night in and stay up playing and joking around with each other.”

It might not have been love at first target site for the Rollins, but the game franchise has helped spark a love that remains strong two years – and a lot of frags – later.