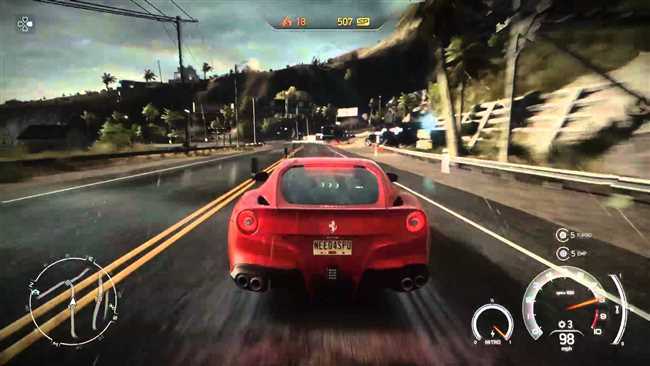 Electronic Arts and Ghost Games have unleashed Need for Speed Rivals. The new racing game is the only driving title for PlayStation 4 and goes head-to-head with FORZA Motorsport 5 on Xbox One. Players can choose the role of a racer or a cop, though the objective remains the same; collecting Speed Points. Racers can earn points to spend on upgrades and cars by taking risks and banking them before they are busted by the cops. Cops accumulate more Speed Points by busting racers and moving their vehicle through the ranks of Patrol, Enforcer and Undercover.

A whole range of pursuit technology is available, with equipment ranging from spike strips all the way to EMPs. These additions are intended to add to the chaotic and hectic experience of Need for Speed Rivals, allowing players the variety and choice to play the way they want. The game’s producer, Leanne Loombe, gets behind the wheel in this interview.

How does the campaign of driving as a Cop differ from that of a Racer in Need for Speed Rivals?

How does the campaign for a Cop unfold?

As you progress, you'll start with a Patrol version of that cop car, then you'll unlock Enforcer and then Undercover Cop. It's just part of Cop progression as you go through and earn Speed Points and you bust more Racers.

Can you talk about some of the special abilities in the game?

We have eleven unlockable abilities, including EMPs, shockwaves and roadblocks. We have Pursuit Take Back, which is obviously a big thing, you had some of that in Hot Pursuit. Of course, you have spike strips, road blocks, helicopters, turbo nitro and other things for you to use as well.

It's about making Need for Speed chaotic and it's all about play the way you want to play. If you're in that world with three people, you can fire a weapon, run away, be chased or do a race. It's just all about having that variety, which is really important.