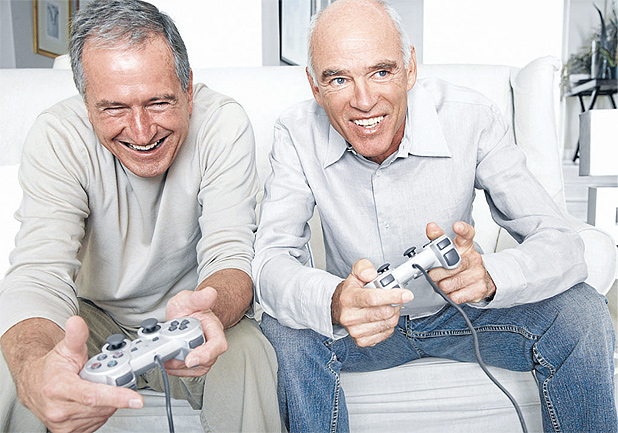 According to new research from the Entertainment Software Association (ESA), 48% of adults age 50 and older say they play video games. The report, titled Gamers Over 50 Study: You’re Never Too Old to Play, found that 80 percent of these gamers play video games on a weekly basis and 45 percent play on a daily basis.

“Video games are enjoyed by millions of consumers of all ages. The popularity of video games is expected given the innovation and sheer entertainment this industry offers,” said Michael D. Gallagher, president and CEO of ESA, the trade association representing U.S. computer and video game publishers. “Across all game platforms and genres, Americans age 50 and over are exercising their minds and bodies, connecting with family members, and having fun with video games.”

Additional report findings on gamers older than 50 include:

They prefer games that mimic traditional forms of play. Card/tile games (56 percent) and puzzle/logic games (52 percent) are the preferred genre among this group, followed by trivia, word, and board games (27 percent);

A majority (92 percent) play at home, and most game play is done during the evening hours (55 percent); and,

“These are extremely exciting results and really highlight that people of all ages play video games,” said Jason Allaire, Ph.D., associate professor of psychology at North Carolina State University and co-director of the Gains Through Gaming Lab. “There is no longer a ‘stereotype game player,’ but instead a game player could be your grandparent, your boss, or even your professor. I suspect that the percentage of older adults playing video games will rise as Baby Boomers enter retirement, increasing the focus on positive effects of playing games."

The NPD Group conducted the survey for ESA among a U.S. representative sample of approximately 1,800 gamers age 50 and older. Survey respondents said they play video games on at least one system or device, such as a smartphone, video game console, portable game console, computer, or other game system.