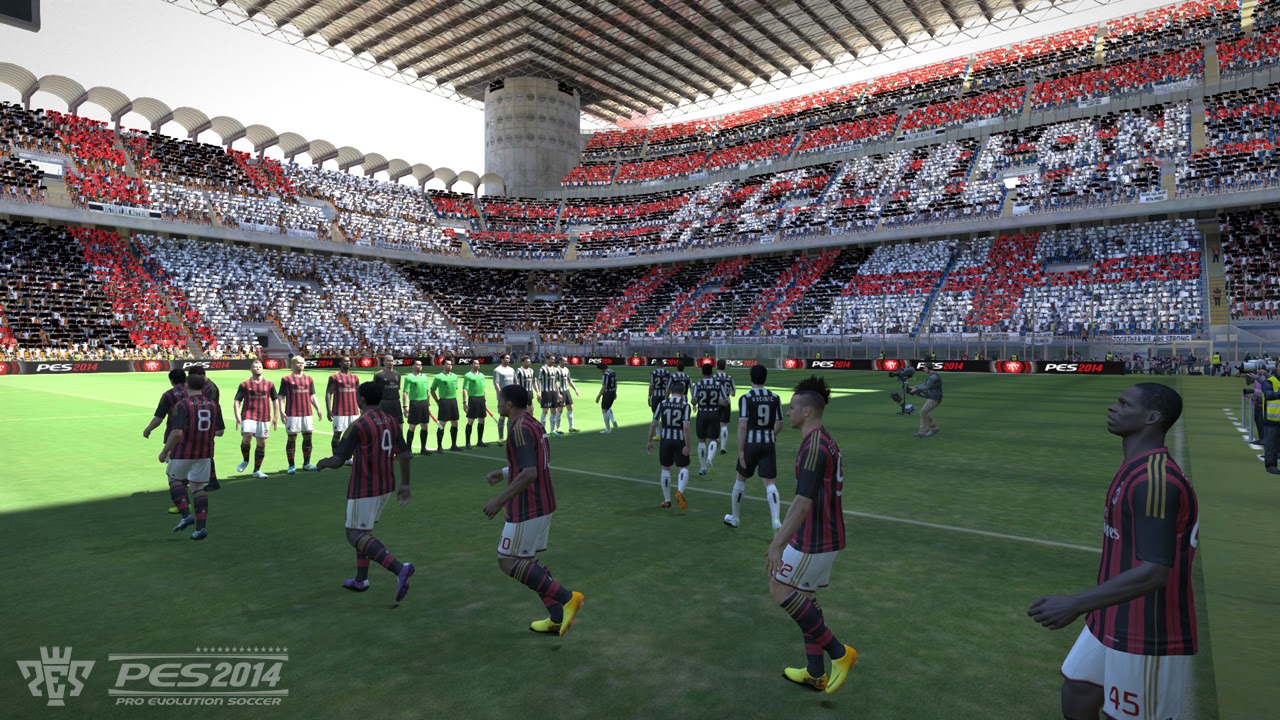 Similarly, following feedback been gathered from the PES community, the download also adds a many much-wanted elements to the game. The update extends PES 2014's online elements, with the long awaited addition of the 11 Vs 11 mode, enhancements to chat elements, and gameplay tweaks. A new Team Play lobby system has been incorporated, together with online competitions and Master League Online competitions.

The popular myPES element is also reintroduced in a greatly expanded form. Working via a new dedicated app, myPES enhances the competitive element of PES 2014, ranking all users and a bank of stats related to each match played. Full details of myPES's exhaustive new content will be released imminently.

New official kits have also been added, with third kits added to the likes of Santos, Palmeiras and Flamengo, while sponsorships have been amended where necessary. New adidas, Nike, Puma and Mizuno boots have also been included, and will be available via the game's Edit mode, which has also been enhanced for ease of use with the addition of the player base copy and even more user-friendly options.