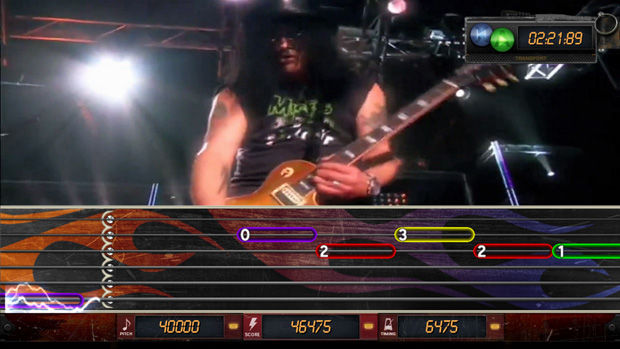 Realta Entertainment has launched BandFuse: Rock Legends, the music video game where legendary rockers transform players into real-world guitarists, bassists and vocalists, on Xbox 360 and PlayStation 3. With no Rock Band or Guitar Hero any more, the new game will compete with Ubisoft’s Rocksmith 2014. BandFuse is the only four-player scored guitar, bass and vocal music experience on console. The game features Slash, who talks about video games in the exclusive video interview below.

“I picked up a guitar for two seconds when I was a kid and haven't put it down since,” said Slash. “I truly believe this video game can get people to overcome their fear of playing guitar.” ­ 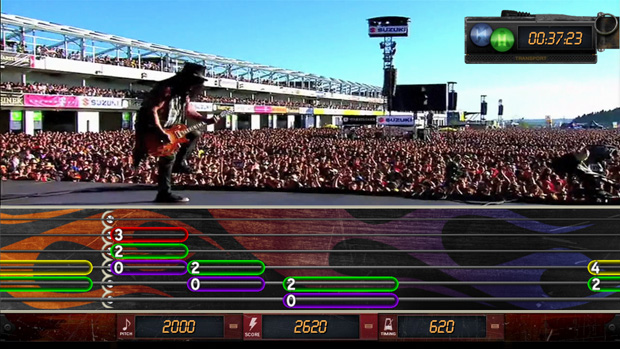 BandFuse: Rock Legends offers a robust set list showcasing a wide range of musicians from Maroon 5, Rush, The Strokes, Heart, Halestorm, Pearl Jam, and more. A BandFuse: Rock Legends Music Store will launch in the coming weeks as an easy way to discover and download the huge amount of DLC coming to the game.

"I love being part of a game that may entice a kid to pick up a real guitar and be the next Jimi Hendrix or Edward Van Halen,” said Zakk Wylde.

The game’s exclusive four-player co-op mode enables players to jam together by connecting two guitars, one bass, and a microphone simultaneously, providing each player with detailed feedback from the BandFuse: Rock Legends’ analytics engine. Players can also create original content from scratch or select from a diverse set of backing tracks for accompaniment to record and play back for friends and family.

“When I was coming up, we weren't trying to get a hit record, we just wanted to be great at what we loved doing, which was playing our instruments and serenading chicks. That’s why BandFuse is so cool,” said Bootsy Collins. “These guys are doing their own thing, and I felt it was really important to be a part of it.”