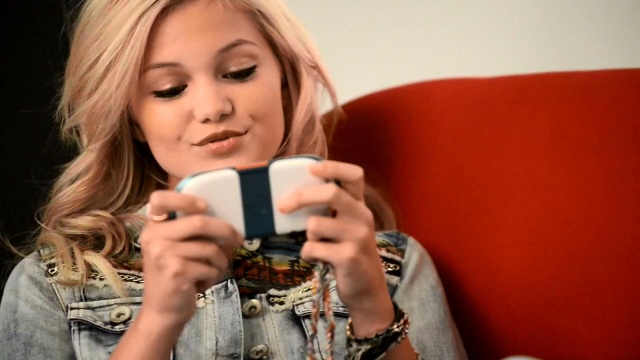 RetailMeNot (www.retailmenot.com), the largest digital coupon destination in the United States, released results from a holiday shopping survey conducted with The Omnibus Company that found consumers are upgrading their technology this year, while many gadgets that used to rank high in popularity are vanishing from gift lists.

According to the survey, within the next five years, less than one in five Christmas gift givers plan to buy someone a portable music player (19%), desktop computer (19%), GPS device (13%) or regular cell phone (9%) for the holidays.

"With a variety of new products and technologies being introduced into the marketplace, this holiday season is all about upgrading your tech," says Trae Bodge, senior editor of The Real Deal by RetailMeNot. "Black Friday sales present a huge opportunity to score deep discounts on consumer electronics. To make the most of Black Friday, smart shoppers need to map out a game plan to get this year’s hot gadgets at bargain prices."

This year, many consumers will upgrade their older-model tech products and, in some cases, even replace them with an entirely different technology. For example, digital cameras are facing a lot of competition from smartphones. Nearly half of consumers (46%) surveyed say they would prefer to use a smartphone over a digital camera to take most of their pictures.

Americans who live in urban areas are more likely than those who live in suburban or rural areas (55% vs. 41%) to say they would prefer to use a smartphone over a digital camera.

However, there’s still hope for the continued popularity of certain electronics. Survey respondents who own a gaming console are more likely to consider upgrading their console to a newer version rather than purchasing a different model this year (70% vs. 40%).

It looks to be a very techy Christmas for children across the U.S. this year. Nearly half of the consumers surveyed feel that children should have their own cell phone (46%) or tablet (44%) at age 13 or younger. Additionally, nearly half of parents (48%) are willing to consider purchasing a tablet for their child.

The most popular electronics parents are willing to consider buying for their children are gaming consoles (62%), handheld educational devices (58%), portable music players (54%) and handheld gaming devices (54%).

Fathers are more likely than mothers (68% vs. 57%) to consider buying a gaming console for their child.

Black Friday: Starting Earlier Than Ever

What are consumers shopping for during this landmark-shopping holiday? According to the survey, the top three categories of gifts purchased on Black Friday are apparel, electronics and entertainment.

Additionally, over half of consumers (56%) believe that Black Friday provides the most savings out of all the major winter holiday sale days, beating out Cyber Monday, Free Shipping Day, Green Monday and Thanksgiving.

"This year we are seeing retailers post holiday offers well in advance of Black Friday and at more aggressive discounts than in previous years," says Bodge. "With more retailers opening their doors on Thanksgiving Day this year, shoppers can take advantage of Black Friday sales earlier than ever. In fact, last year RetailMeNot found that consumers reported a higher average savings amount on Thanksgiving Day than Black Friday*.

This report was conducted betweenOctober 1 and October 8, 2013, among 1,045 U.S. residents ages 18 and over, using an email invitation and an online report. Results of any sample are subject to sampling variation. The magnitude of the variation is measurable and is affected by the number of interviews and the level of the percentages expressing the results. In this particular study, the chances are 95 in 100 that a report result does not vary, plus or minus, by more than 3.0 percentage points from the result that would be obtained if interviews had been conducted with all persons in the universe represented by the sample.

Get the most out of your rupees!