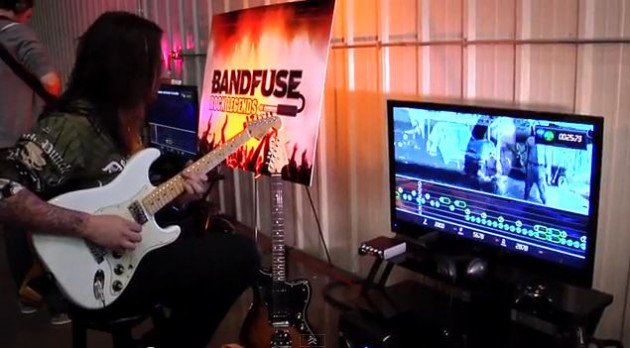 “We’re happy to see the folks at Realta pushing forward and innovating in the music game space, especially in ways that inspire and motivate fans to pick up real instruments,” said Alex Rigopulos, CEO and co-founder of Harmonix Music Systems.

Harmonix contributed its Rock Band vocal interface design to the BandFuse: Rock Legendsgameplay. The interface, when tied to the Realta analytics engine, scores vocals for instant feedback in single and multiplayer mode. The team also shared the iconic Rock Band instrument logos for use in the in-game user interface.

“The team at Harmonix offered feedback on our original game design, providing expertise on key techniques and game development based on their experience in making groundbreaking music games,” said Stephen Gomes, CEO of Realta Entertainment. “They advised us on ways to make the experience more fun and accessible to a broad audience, which ultimately contributed to this being a great pick-up-and-play experience.”

Keep the beat this fall!