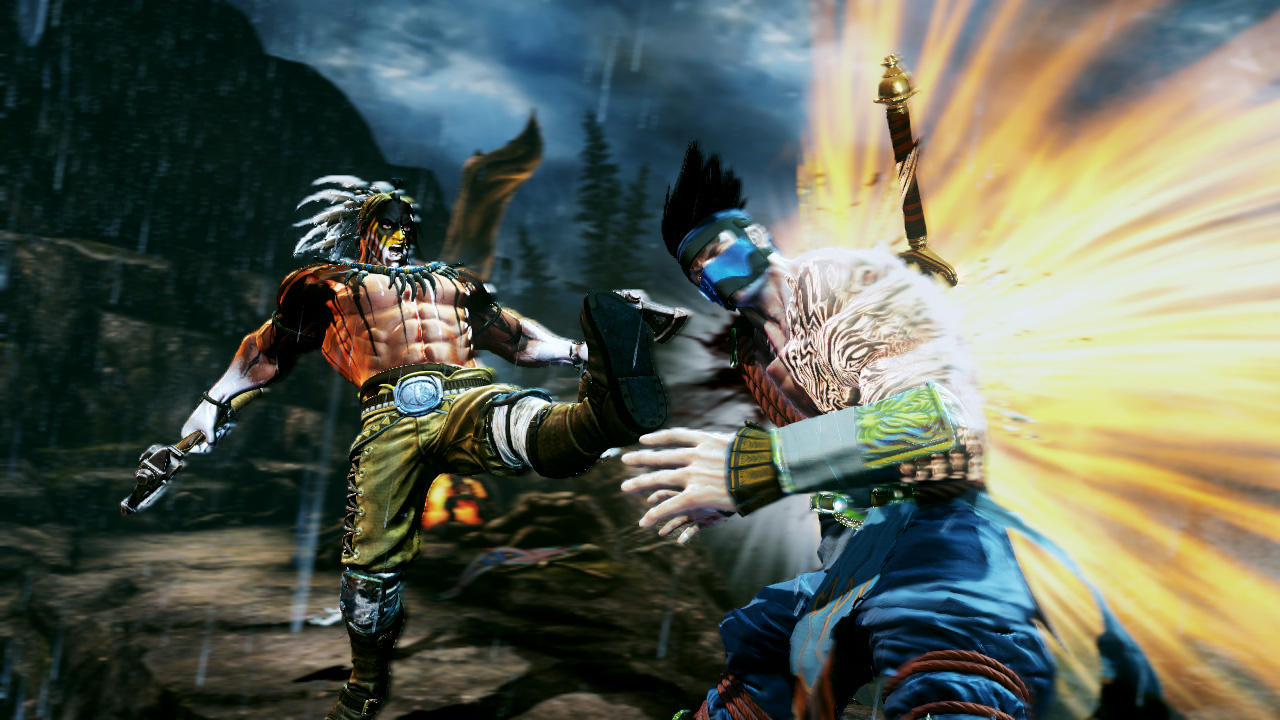 Lionhead Studios is developing the next generation of fantasy role-playing gameplay with Fable Legends. The Xbox One game is being created with Epic Games’ Unreal Engine 4 technology. The Albion gamers will explore in 2014 is more lifelike than anything they’ve experienced before, according to David Eckelberry, game director for Lionhead Studios. This is the first Fable game that will enable players to share their experience with friends through an online cooperative multiplayer experience that supports four players. Advanced artificial intelligence allows single player exploration with virtual sidekicks for those who want to venture solo.

Lionhead Studios, which previously used Unreal Engine 3 on Fable: The Journey, has upgraded to Unreal Engine 4 for this prequel. The team started working with Epic’s new technology in April 2013 and has been collaborating closely with the game studio since then.

“The guys from Epic have been really awesome with us,” said Eckelberry. “They come over and share technology with us and we’ve sent over and shared technology back. The stuff we’re able to do with global illumination lighting has been critical to our success. We can make this beautifully realized space that you can visit, and then you can go back and visit another day. Because all the illumination is dynamic, it means that it looks different every time. We can make weather, time of day and seasons all matter to you as a player. It’s a world that seems alive that you’re never going to want to leave it.”

Eckelberry said Unreal Engine 4 has been a breeze to use and it’s streamlined the development process for the next gen title.

Xbox One gamers will ultimately benefit from this technology. Eckelberry said that coupled with the game engine technology, Xbox One adds so much more graphical horsepower for his team to utilize. 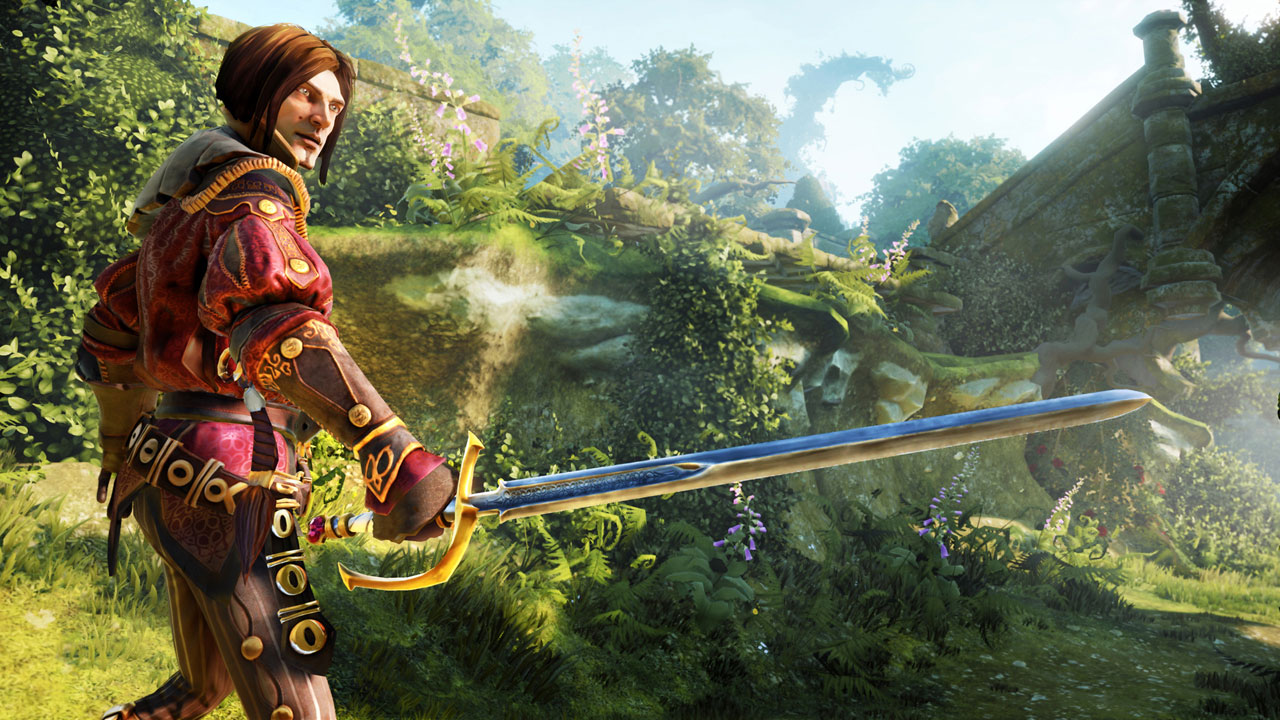 “Before our world has looked good, but now it looks amazing,” said Eckelberry. “Even early in development the world looks lush and beautiful and we’re able to do things we were never able to do before. Our team is so happy with the extra room they have to do things in terms of memory and horsepower. It also lets us just put more on the screen, and not just pretty things, but gameplay relevant things.”

With the four-player co-o gameplay, Lionhead has enabled friends to seamlessly and dynamically enter the game world. The game will also take advantage of Microsoft’s cloud gaming to allow unique hero characters to log in and have a full suite of unique capabilities that accentuate the team dynamic. Having Unreal tech to build off of has freed up the team to focus on creativity.

“We started on Day 1 and we had something we could build levels with,” said Eckelberry. “Our environmental artists attacked it immediately.  Our level designers were building things that took things from a gray box, primitive state to realization. That’s how we were able to do this quality of work so fast. After just months with the engine, the gameplay and the world that we’re showing off is already gorgeous. If we didn’t have Unreal Engine 4 and we were trying to build something from scratch, we’d be another year away from release.”

Lionhead showed 20 minutes of Fable Legends gameplay at Gamescom and Eckelberry said the goal was to make the best Fable game ever, which included graphic fidelity, gameplay and the overall immersive experience.  Unreal Engine 4 has enabled Lionhead to offer slightly different camera perspectives for the characters. In the demo there was a female fighter, an ice-wielding mage, a crossbow-armed warrior and a swordsman. This return to Albion’s world of magic, mystery and folklore is darker and scarier than past adventures. The new game also introduces playable villains for the first time. 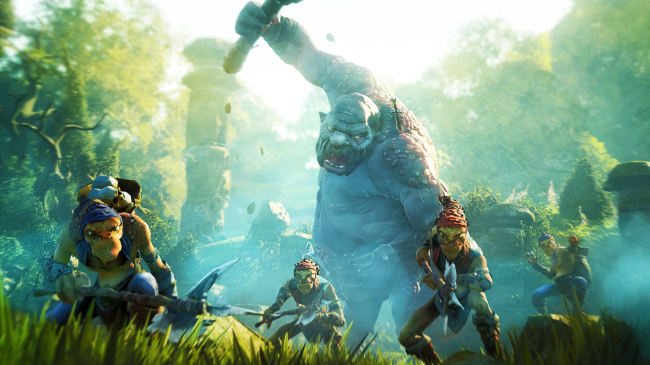 “In past Fable games you could play as a bad guy if you wanted to based on the decisions you made throughout the game, but we always want to take things to the next level,” said Eckelberry. “Now you can really play the ultimate villain of Fable. This gives you a different perspective.  When you play as a hero, you’re close and attached and it’s a very personal experience. When you play as a villain, a top-down perspective offers a view of the heroes and all of the creatures, minions, traps, spells and environmental challenges. As the villain, it’s the gamer who’s in control of all of these obstacles that the heroes will face off against.”

With an army of evil minions at their disposal, the villain gameplay begins with a strategic set-up phase for players to place all of the creatures for the areas that the heroes are going to explore. Then the experience switches to a tactical control phase for each of those creatures. This gameplay experience focuses on becoming the evil mastermind that takes over Albion. Lionhead is utilizing Xbox SmartGlass with this multiplayer villain gameplay experience, which allows the player to use a tablet to control the minions on the map just as they would on the larger screen in solo play. They can even be in the same room as the heroes, who will play on the TV screen and face the challenges created on the tablet screen.

Set several hundred years before the events of the first game, Fable Legends has traded in completely customizable characters for unique classes and characters that players can fine-tune in little ways. The game retains the series’ whimsy and colorful dialogue. And the world players will explore together as they embark on missions is truly a leap beyond any past games. When you consider this is just the result of less than half a year’s work with Unreal Engine 4 on Xbox One, the future for RPGs, and next gen gaming, looks very bright.