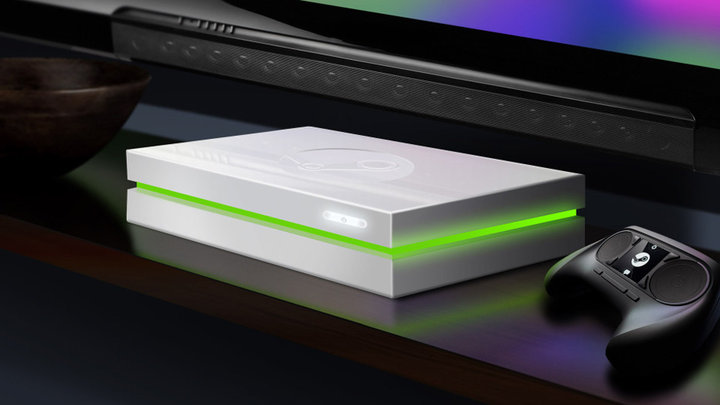 The very first third-party prototype of Valve’s recently announced Steam Machines was unveiled this morning and it looks to be carrying some hefty processing power along with a hefty price point.

Designed by custom gaming PC maker iBuyPower, the new prototype seems to be the first officially licensed machine that has Valve’s blessing (unlike the previously showcased Xi3 Piston) thanks to the big Steam logo that adorns the top of the machine’s casing. With its internal power supply, multicore AMD CPU, and AMD Radeon R9 270 graphics card, iBuyPower’s model will be able to run all Steam games at a smooth 1080p and 60 frames per second, and its 500GB hard drive will ensure gamers have plenty of room to fit their Steam library into.

When iBuyPower’s Steam Machine is available, it will come pre-packaged with a Steam Controller and will be available in two different versions which, right now, have the codenames “Gordon” and “Freeman.” No word yet on what exactly the difference between the two will be but, according to iBuyPower, one of the models will be priced at $499 (no specific info on which model) and both should be available sometime next year.