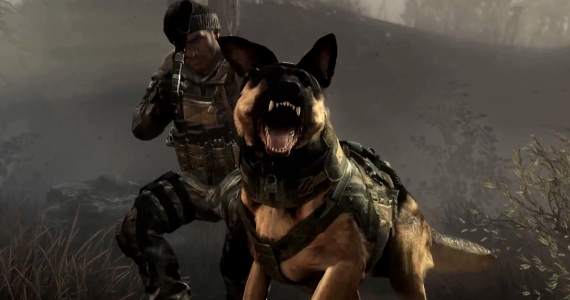 Further reflecting the demand for the newest entry in Activision’s famed franchise, in a recent GameStop holiday survey conducted of 1,000 PowerUp Rewards (PUR) loyalty members and 500 general gift-givers, Call of Duty: Ghosts is the most desired video game this holiday season.

“Around the globe, Call of Duty: Ghosts is leading the next generation.  It’s the #1 selling title at key retailers and it’s also the most played game on Xbox One and PS4 globally,” said Eric Hirshberg, CEO of Activision Publishing, Inc.  “As we’ve said before, we’ve got the best community of fans in the world, and we’re thrilled they’re coming with us to the next generation.”

In addition to being the #1 Xbox One multiplayer game on Xbox Live, Call of Duty: Ghosts also is currently the #1 most played Xbox 360 multiplayer game, according to Microsoft.

“Congratulations to our friends at Microsoft for the launch of the Xbox One,” said Dave Stohl, executive vice president, worldwide studios, Activision Publishing, Inc.  “Xbox and Call of Duty together have formed a valued and lasting partnership on Xbox 360, and we know this is just the beginning.  So we look forward to an exciting new future on Xbox One.”

“As home to the largest and most engaged Call of Duty community, it is no surprise that the newest entry in the blockbuster franchise has quickly become the most played multiplayer game on both Xbox One and Xbox 360,” said Yusuf Mehdi, Corporate Vice President of Marketing & Strategy, Interactive Entertainment Business at Microsoft.  “We congratulate our partners at Activision and Infinity Ward, and are proud to continue offering the best and most engaging Call of Duty online experience to our fans globally by launching all Call of Duty: Ghostsmap packs first only on Xbox.”

More than 1 billion multiplayer matches of Call of Duty: Ghosts already have been played across all versions. Ghosts’ players have Prestiged more than 2.2 million times, earning over 3.3 trillion Experience Points (XP), according to internal gameplay statistics.

Call of Duty: Ghosts launched for both current gen systems and PS4 on November 5, and on November 22 on Xbox One, the all-in-one videogames and entertainment system from Microsoft.