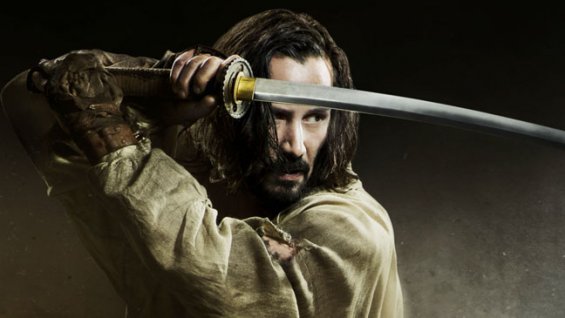 In a unique collaboration between the worlds of video games and film, Chair and Universal Pictures are partnering to present the 47 Ronin Challenge, the first-ever Infinity Blade III Special Event ClashMob. In ClashMobs, players from around the globe team up to complete unique game challenges and win exclusive rewards.

Kicking off Friday, December 13, and running through Tuesday, December 24, the 47 Ronin ClashMob invites gamers and moviegoers to join forces in an effort to defeat the imposing Samurai Brute before he appears in the film on December 25.  If the Mob is successful, they’ll be rewarded with the Brute’s sword, which will be added to their in-game arsenal for future battles. This unique challenge is the only opportunity players will have to obtain this exclusive weapon.

This free challenge is available to all Infinity Blade III players who have installed the latest update, IB3: Soul Hunter. Players can pre-register for the 47 Ronin ClashMob today, before it goes live on Friday, December 13, and participation is available for as long as the challenge is open. Pre-register in Infinity Blade III today by going to the ClashMob—now visible on the game’s World Map.

Keanu Reeves leads an all-star international cast in the action-adventure 47 Ronin. After a treacherous warlord kills their master and banishes their kind, 47 leaderless samurai vow to seek vengeance and restore honor to their people. Driven from their homes and dispersed across the land, this band of Ronin must seek the help of Kai (Reeves)—a half-breed they once rejected—as they fight their way across a savage world of mythic beasts, shape-shifting witchcraft and wondrous terrors. As this exiled, enslaved outcast becomes their most deadly weapon, he will transform into a hero who inspires this band of outnumbered rebels to confront the evil taking over their land and seize eternity.