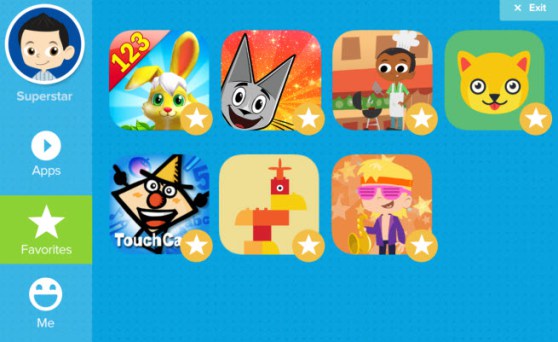 Samsung Electronics and mobile technology company Fingerprint are co-developing a kids' mobile app network enabling play-based learning for kids 3-to-7 years old. Expected to launch in Southeast Asia and Oceania in Q1 2014, the new service on select Samsung devices offers a safe and fun environment for kids to play and learn. Parents can create a family account for multiple children and receive personalized reporting, content recommendations and access controls for each child.

The new network is part of Samsung's Kids' Play-and-Learn Content Initiative, a developer-focused program in collaboration with Fingerprint that is designed to drive the creation of play-and-learn Android apps for kids in Southeast Asia and Oceania. To support this initiative and increase the quantity and quality of kids' apps, Fingerprint has also earmarked $1 million to support the integration and localization of kids’ apps and interactive books globally.

“We are very excited about partnering with Fingerprint,” said Nicholas Wodtke, Vice President of Content & Services at Samsung Electronics Media Solution Center South East Asia and Oceania. “Asia has a young demographic base and a rapidly growing middle class. There is an estimated 50 million kids in the age group of 3-7 years in South East Asia. Samsung is focused on bringing to market a service that offers a safe mobile play and learn environment for kids.”

“Research has validated the importance of learning through play during the critical developmental years of kids,” said Gerald Cai, Head of Learning & Reading at Samsung Electronics Media Solution Center South East Asia and Oceania. “It is however, challenging for parents to navigate the vast app universe to identify thoughtful and suitable apps for kids. Our goal for Samsung's new kids mobile network is to offer parents peace of mind, knowing their kids will have meaningful play experiences that will help them to learn and grow.”

The new custom mobile kids’ network is part of Samsung’s global strategy to deliver content and services that improve the user experience and transcend beyond the device.  Powered by Fingerprint technology, the network will take full advantage of Samsung’s innovative features.  The network will feature an array of Fingerprint-curated content from its fast-growing library of global edutainment titles, including many of Fingerprint’s fan favorites, as well as new content developed through the developer initiative. The network and first slate of available apps will be unveiled in Q1 2014.

“We are very proud that Samsung choose Fingerprint to develop and deliver a new kids' app network that will reach millions of Samsung devices in one of the fastest growing mobile learning markets in the world,” said Nancy MacIntyre, CEO and co-founder of Fingerprint. “This partnership, along with our content initiative, will help to reshape the kids’ app market by opening up new opportunities for developers who are creating the most engaging and entertaining kid apps for an entire generation born mobile.”

The Samsung Kids' Play-and-Learn Content Initiative is a collaborative effort with Samsung and Fingerprint designed to attract and inspire app developers from around the world to create new Android apps for kids.  If chosen, developers will receive access to expanded distribution opportunities along with marketing and technical support to bring their app to an ever-sophisticated kids’ market.  Select kids' apps from top developers will be unveiled on the new Samsung kids’ network, powered by Fingerprint, early next year.  The initiative hopes to attract new and well established developers designing best-in-class mobile play and learning games and interactive books in English and localized languages, that appeal to the digitally savvy 3-to-7 year old crowd and their parents.

With the launch of the Samsung Kids' Play-and-Learn Content Initiative and through efforts with other partner networks, Fingerprint expects to bring 50 new developers from 20 countries to market in the next year.  In total, Fingerprint expects to unveil 200 new gaming apps, plus 50 interactive stories in 2014 – ensuring that Fingerprint’s partner networks are the go-to destination for kids and their grownups around the world.