Six Cool LEGO Play Sets For Any Time Of Year 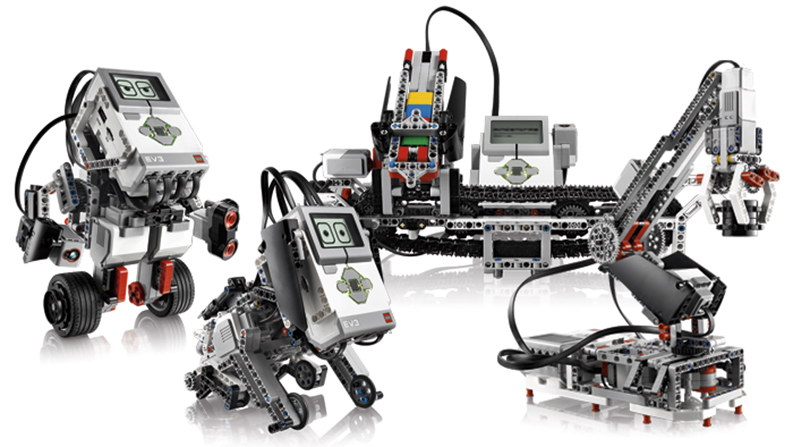 One never grows too old for LEGO toys. That adage has proven true with the LEGO video games from Warner Bros. Interactive Entertainment and TT Games as well. Parents play with LEGO Marvel Super Heroes on PlayStation 3 and Xbox 360 alongside their kids with cooperative play, which has been a key feature in the bestselling LEGO Star Wars, LEGO Batman and LEGO Lord of the Rings games over the years.

LEGO video game fans have more than just The LEGO Movie (and accompanying video game) from Warner Bros., the LEGO Minfigures Online game from Funcom and the new LEGO The Hobbit game to look forward to. The LEGO Company continues to churn out new playsets for kids of all ages to play with in the real world. Here are six cool LEGO toys that are great for taking a break from the controllers. 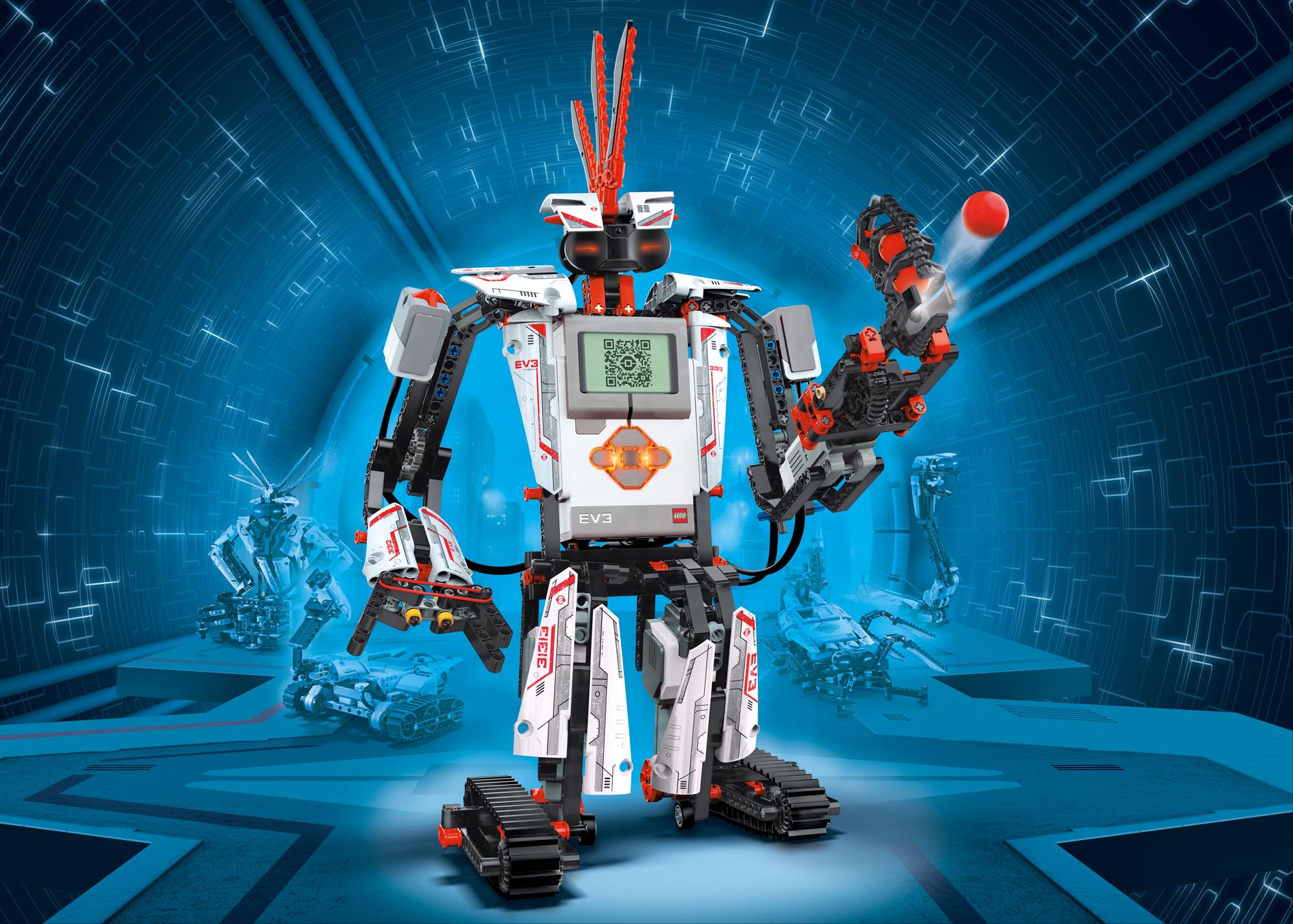 LEGO MINDSTORMS EV3 ($350) celebratesthe 15th anniversary of LEGO MINDSTORMS, which have made robotics part of the brick company’s foundation. This smart toy is stronger and faster with more memory and larger processor. The EV3 Intelligent Brick un-tethers robots from the computer with expanded on-brick programming. There’s even Android and iOS smart device integration so that builders 10 and older can create and command their own robots. EV3 provides easier access to first build-and-play program experience, while more experienced users get an even more hackable toolkit. A new infrared sensor and beacon provide more control while a new Linux-based firmware, a USB port and SD expansion slot offer nearly unlimited programming and expansion capabilities. Improved modular design and building instructions for 17 robots are included (including an electric guitar and a snake that bites). EV3 notably marks the first LEGO playset to incorporate 3D building instructions to help builders see how to assemble from all angles. 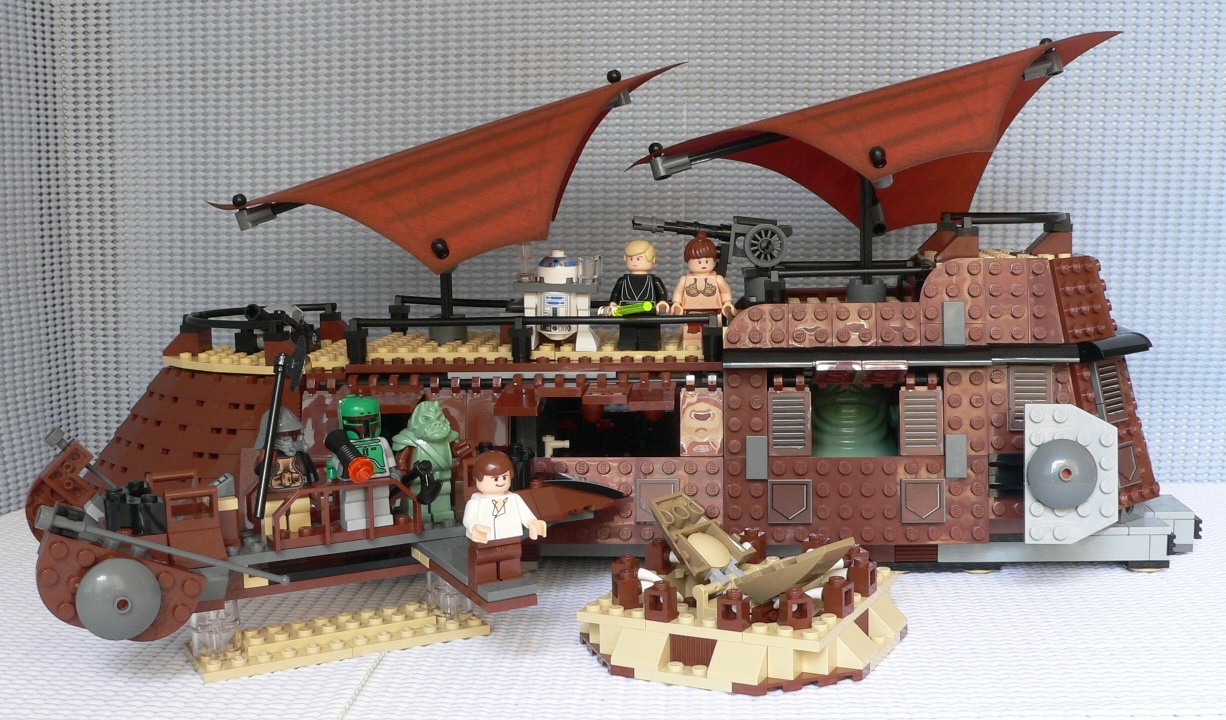 LEGO Star Wars, Jabba’s Sail Barge ($120) lets fans relive The Return of the Jedi (just as LucasFilm is prepping the film for a 3D release). This new Escape from Jabba’s Sail Barge includes two cannons, flick missiles, a prison, kitchen, opening windows, wheels, Jabba’s throne and four minifigures, including Slave Leah and Jabba the Hutt. The Star Wars line of LEGO toys are just as popular as the LEGO Star Wars video games (which are now out on smartphones). And for good reason, it’s a lot more fun to build a Millenium Falcon and then play with it than just buy one already made. 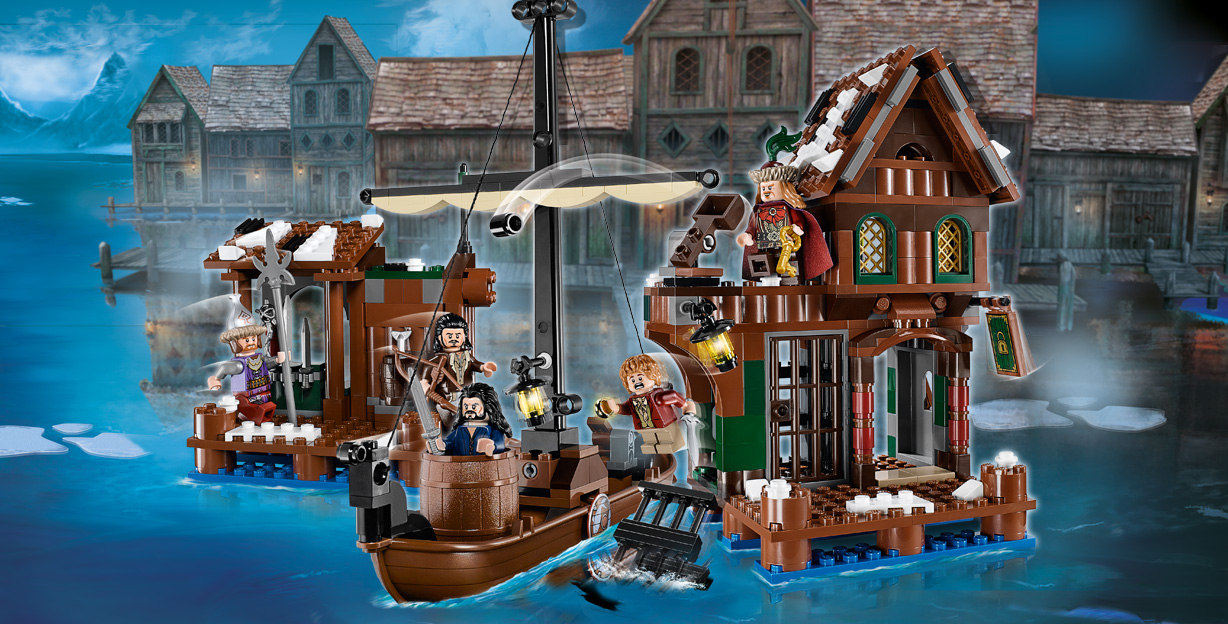 LEGO The Hobbit, Lake-town Chase ($50) The Desolation of Smaug has gone a long way in helping fans forget about the long and boring first half of An Unexpected Journey. A new generation of J.R.R. Tolkien fans can build their own adventures with LEGO The Hobbit sets (and soon explore the 3D world in the 2014 video game). This Lake-town Chase set comes with  Bilbo Baggins and four other minifigures, as well as a house-prison, armory, boat, two catapults and seven weapons.

LEGO Super Heroes, Spider-Man: Daily Bugle Showdown ($50) Those who want to take a break from playing as Spider-Man in the LEGO Marvel Super Heroes video game can run Peter Parker’s newspaper with this LEGO Daily Bugle play set. The set-up for this set has Dr. Doom (the same villain from the new game) trying to steal Spider-Man's secret in an attack on the Daily Bugle. The set includes a jet, explosion function and four comic book characters. LEGO leaves the imagination all to you.

LEGO Super Heroes, The Bat vs. Bane: Tumbler Chase ($40) With two LEGO Batman games to play with on consoles and an upcoming Superman sequel featuring the Caped Crusader, Batman never gets old. The LEGO Group has made sure both DC and Marvel comic book fans are happy in both video game and play set form. Warner Bros, which owns TT Games, even went so far as to have its own game developer make a LEGO Marvel game. DC Comics’ Dark Knight has some cool toys in this play set, which includes the Batwing and the Batmobile from Christopher Nolan’s third film. 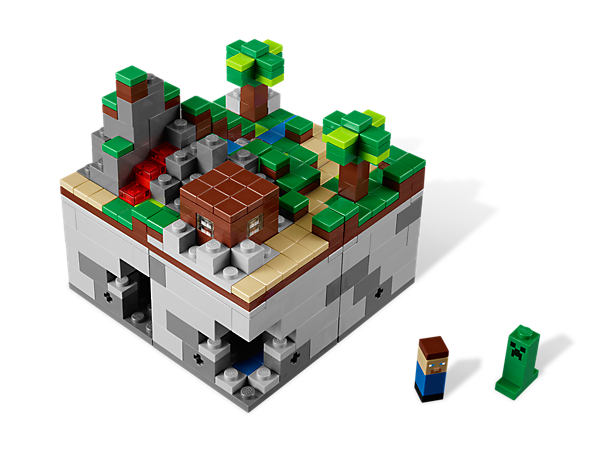 LEGO Minecraft Micro World ($35) literally connects the virtual and real world. The Minecraft game sensation owes a lot of its inspiration to the Danish bricks. Now LEGO is returning the favor by licensing Minecraft for gamers to build actual creations for their game room. LEGO Minecraft Micro World is a hard-to-find item, since they sell out as fast as they hit store shelves thanks to the eager online gamers out there looking for anything Minecraft. Micro World was actually selected by LEGO CUUSOO members. This build features a cool design with lots of 1x1 LEGO tiles and 2 buildable Micromob characters -- Steve and Creeper.