Rumor: Warframe Could Be Coming To Xbox One Soon 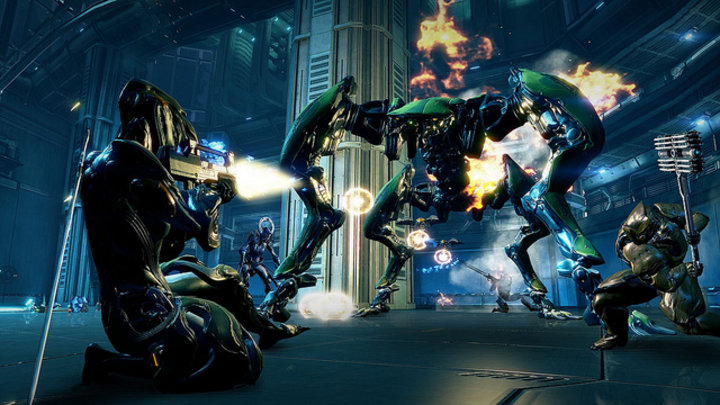 Xbox One players who have been longing to try Digital Extremes’ PC and PS4-exclusive cooperative sci-fi action title Warframe might not have to wait too much longer thanks to a new listing that recently appeared on the European rating agency’s board.

The European Xbox One listing puts Warframe at a PEGI 18 rating, the same as its PC and PS4 versions, due to its graphic violence which includes dismemberment (space ninjas don’t mess around). While the listing alone shouldn’t be taken as official confirmation of an Xbox One version of Warframe, it does coincide nicely with Microsoft corporate vice president Phil Spencer’s desire to have the company embrace free-to-play titles for the Xbox One, something which he made known during interviews last month.

Warframe originally came out on PC as a standalone download before being added to Steam shortly after. It was also one of several free-to-play titles available on Sony’s PlayStation 4 at launch alongside DC Universe Online and Blacklight Retribution. Digital Extremes has in fact talked before about eventually porting Warframe over to the Xbox One but said they wanted to wait until Microsoft eased up on the restrictions they normally impart on indie developers (something which Microsoft has done).

No listing for an Xbox One version of Warframe has yet appeared on the North American Entertainment Software Ratings Board but that doesn’t mean it couldn’t show up within the next few days.