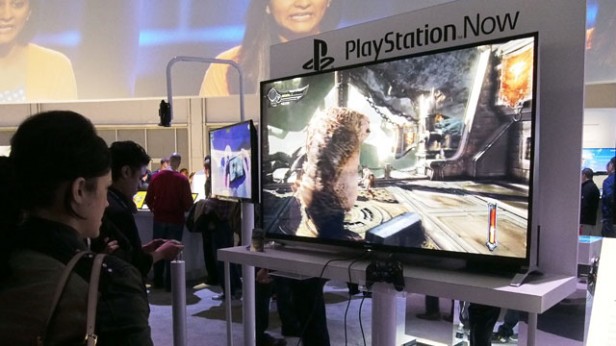 Major product launches from more than 3,200 exhibitors and keynotes from the leaders of Sony, Yahoo and Cisco were highlights of CES 2014. Owned and produced by the Consumer Electronics Association (CEA), CES 2014 is the world’s gathering place for all who thrive on the business of consumer technologies.

Gary Shapiro, president and CEO, CEA, delivered the State of the Consumer Electronics (CE) Industry address Tuesday morning where he announced that US consumer technology revenues are projected to see 2.4 percent growth, up to $208 billion – a record high. He also forecasted $6 billion in sales of new categories. Put in context, this is larger than the entire U.S. machine tool industry. “We are at the forefront of a momentous wave of innovation,” said Shapiro. “The incredible growth that emerging product categories such as Ultra HDTV, wearable electronics and 3D printers will experience this year underscores the significant role new technologies play in the total consumer electronics story.”

On the us policy front, Shapiro called out US tech vets, a CEA partnership to align US veterans with employers in the tech sector; the recent approval of electronic device usage on airlines from gate to gate which received considerable applause; CEA's ongoing advocacy for patent litigation reform legislation; CEA's grassroots innovation movement; the importance of upcoming FCC spectrum auctions; and the industry's efforts to become more green and increase sustainability. Shapiro also called on China to cease its opposition to expanding the information technology agreement which removes trade tariffs on all it products. Shapiro announced that this year's CES is the biggest-ever, with more than 2-million square feet of exhibit space. He summed up CES by saying, “the magic of our industry and the show is that something new is always just around the corner.”

Kazuo Hirai, president and CEO of Sony, then took the opening keynote stage and emphasized the need to tap into consumers’ curiosity by pursuing what he calls “The Wow,” saying Sony is now focusing its products on a sector it calls Generation Remix. “They're true digital natives, who are no longer worshipping at the altar of technology,” said Hirai. “They will be their own arbiters of technology. We had to ask ourselves, ‘What will wow them?’”

Andrew House, president and CEO of Sony Home Entertainment, announced streaming game service PlayStation Now, which will reach non-console owners through mobile devices. He also shared that Sony will have a cloud-based in-home viewing service available through a single destination. Hirai introduced the 4K Ultra Short Throw Projector that can turn an unused wall into a Ultra HD video screen up to 147 inches across and will be available in the US later this year. Hirai said that thorough this technology, consumers could potentially use their dining room tables as giant touchscreens. He called special attention to the value of sensor technology, specifically in digital imaging, automotive, agriculture, health and wearables.

Marisa Mayer delivered a compelling 2014 CES keynote that brought to life Yahoo’s vision for curating entertaining digital content across its sites. Mayer, CEO, president and director, made several announcements regarding acquisitions and launches, including Yahoo’s purchase of Aviate, the intelligent home screen that simplifies your phone, and brought Katie Couric to the stage to discuss her digital media and interview plans for Yahoo Media.

Chambers communicated the potential of embracing IoE by outlining the $19 trillion savings that could be realized in the private and public sector. He cited several examples, including the $13 billion a year alone that is spent on street lighting that could be reduced by 70 percent by using connected technology. The keynote included an extensive demonstration of Cisco’s Videoscape, a cloud-based home entertainment service as well as a description of the Digital Life Project, a home automation initiative. Looking ahead to the future, Chambers closed by noting the next frontier of IoE will be within healthcare and digital countries.

The Futurecast Keynote featured panelists John Donovan of AT&T, Qualcomm’s Paul Jacobs and Ericsson’s HansVestberg who collectively discussed the power of mobile in today’s world, and the future of wireless networks. All three panelists stressed the importance of mobile as a platform for creation. “When you give consumers the freedom to use bandwidth, they’ll use it,” said Donovan, “the phone is the remote control for your life.” Donovan said that AT&T is becoming more of a software-oriented company focused on users, and enabling content creation. Efficiency was also a hot topic (both power and spectrum efficiency). “When we think about the Internet of Everything, we want these sensors to be very low power,” said Jacobs as he discussed wireless charging, explaining that the Formula-E racing circuit will use wireless charging, first for support cars, then eventually for the electric Formula-E cars themselves. Vestberg predicted that in the next three to four years, small cells to help handle 4G traffic (both indoor and out) will be prominent.

Some 20,000 products launched at CES 2014 from global brands to innovative startups in categories spanning wearable tech and streaming UHD to curved screens and new 3D printers. Samsung debuted its bendable TV and LG announced its 105-inch curved UHD LCD. Other 2014 CES announcements include the Pebble Steel Smart Watch and the Netatmo June Wellness Bracelet. More than 200 startups are bringing their ideas to the world stage in the Eureka Park TechZone with products that include ClearView Audio’s invisible Bluetooth wireless speaker and Imprint Energy’s Zinc-Poly bendable batteries that are paper thin.

The Technology as Muse – Inspiring Innovation Brand Matters SuperSession highlighted technology’s impact on creativity. The SuperSession opened with a discussion from Michael Kassan of Media Link and Keith Weed of Unilever on technology’s role in fueling change for brands. Wenda Harris Millard of MediaLink moderated a panel made up of executives from: Clear Channel Media + Entertainment, The Guardian, Thrillist, Vice; Condé Nast Entertainment, AOL and Rocketjump Studios. Panelists explored how technology inspires in unexpected ways and creates new opportunities for creativity. All agreed that technology has impacted the way that we create, distribute and consume and has opened endless possibilities of how, when and where consumers will choose to address a brand.

CNET's Next Big Thing: The New Hardware SuperSession focused on the future of sensor driven technology. Panelists included speakers from: Intel, Ford, Microsoft and Misfit Wearables. The discussion was moderated by Brian Cooley and Tim Stevens, both editors at large at CNET. As technology advances, products are being designed to respond to gestures, voice, movements and location. Passive monitoring capabilities in smartphones and wearables means unprecedented access to data about where we are, what we're doing and how we're doing it. Panelists agreed that companies have yet to take full advantage of the sensors that are housed in current devices. The future of CE will be shaped by innovative thinkers who can bring out the full potential of sensor driven technology.