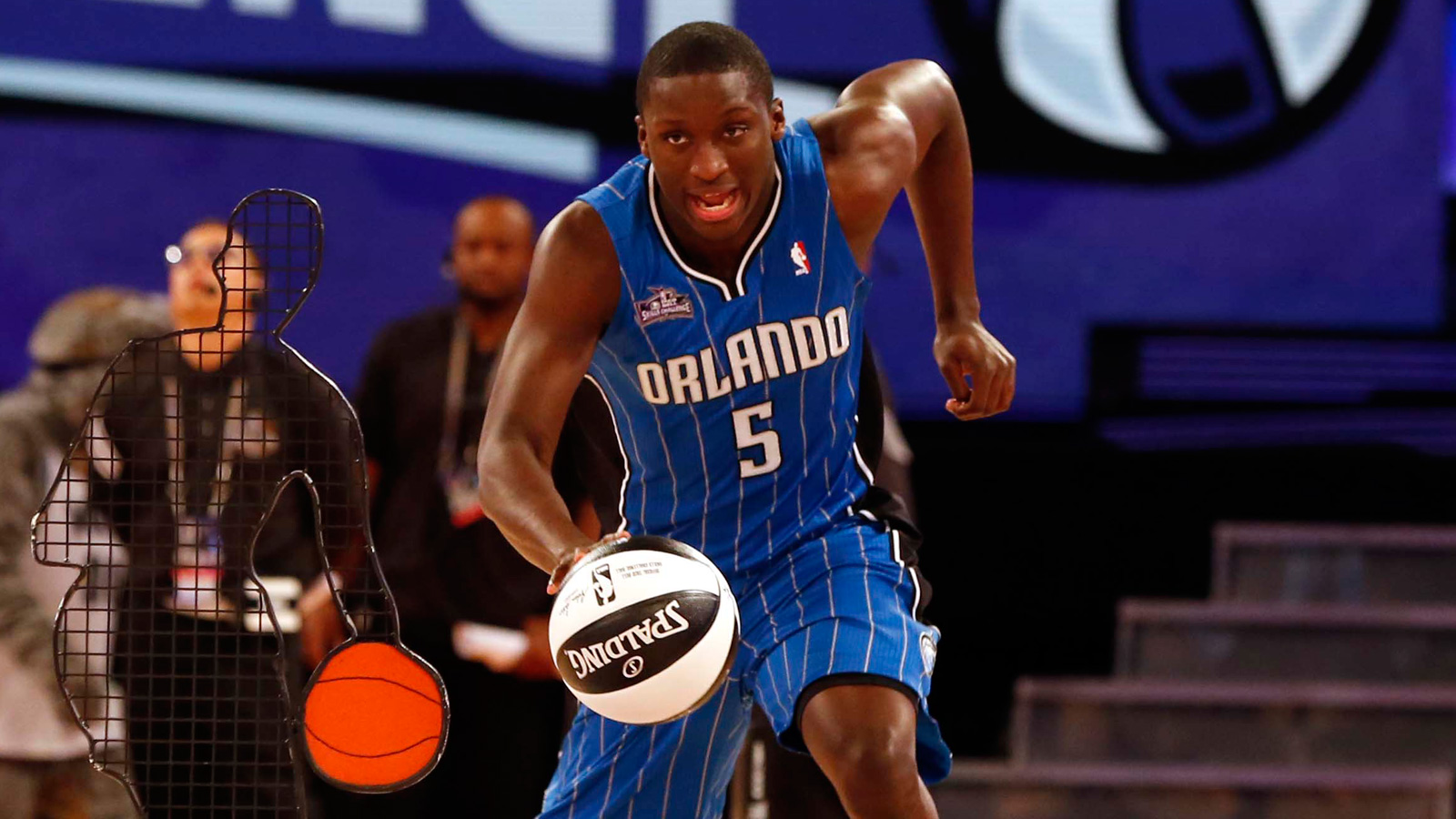 Victor Oladipo was the first member of the Orlando Magic to ever take part in the NBA All Star Saturday Night Skills Challenge. The former Indiana Hoosier came in second in the annual competition, which was part of the 63rd NBA All Star Game in New Orleans.

Before the Rising Stars game and other activities, Olapido took part in the American Express “Off the Court” Rookie Roundtable in NOLA. The exclusive event was livestreamed for fans around the world and questions were submitted via Twitter. NBA legend Rick Fox. hosted the roundtable, which also featured All Stars Michael Carter-Williams (Philadelphia 76ers), Trey Burke (Utah Jazz), and Kelly Olynyk (Boston Celtics). Olapido talks about the experience and gets into the (video) game in this exclusive interview.

It’s amazing. They give you an opportunity to not only interact with things like “Off the Court” but interact with the fans. It allows them to see what’s going on and experience what we’re experiencing. Technology is definitely big and it’s used a lot by our league.

When it comes to technology, what can’t you leave the house without?

Well, I got to carry my iPad, and obviously my iPhone. I need all those definitely. I probably won’t make it through whatever I’m doing.

Surreal.   grew up playing that game. I always wanted to be in it. Now, to actually be in it is a crazy feeling. I’m all speechless. It was definitely a blessing and a humbling experience to be in the game.

What are your thoughts on your player ratings in the video game?

I’m actually pretty happy with what I got. I mean we got to keep working hard so it can keep going up; right?  I’m just going to keep getting better and it’s just a blessing to be in the game in the first place. I’m just glad to be in it and I thank God every day that he blessed me with the opportunities that I have.

What are your thoughts on the video games utilizing real on-court data updates daily to bring the real NBA to the games? 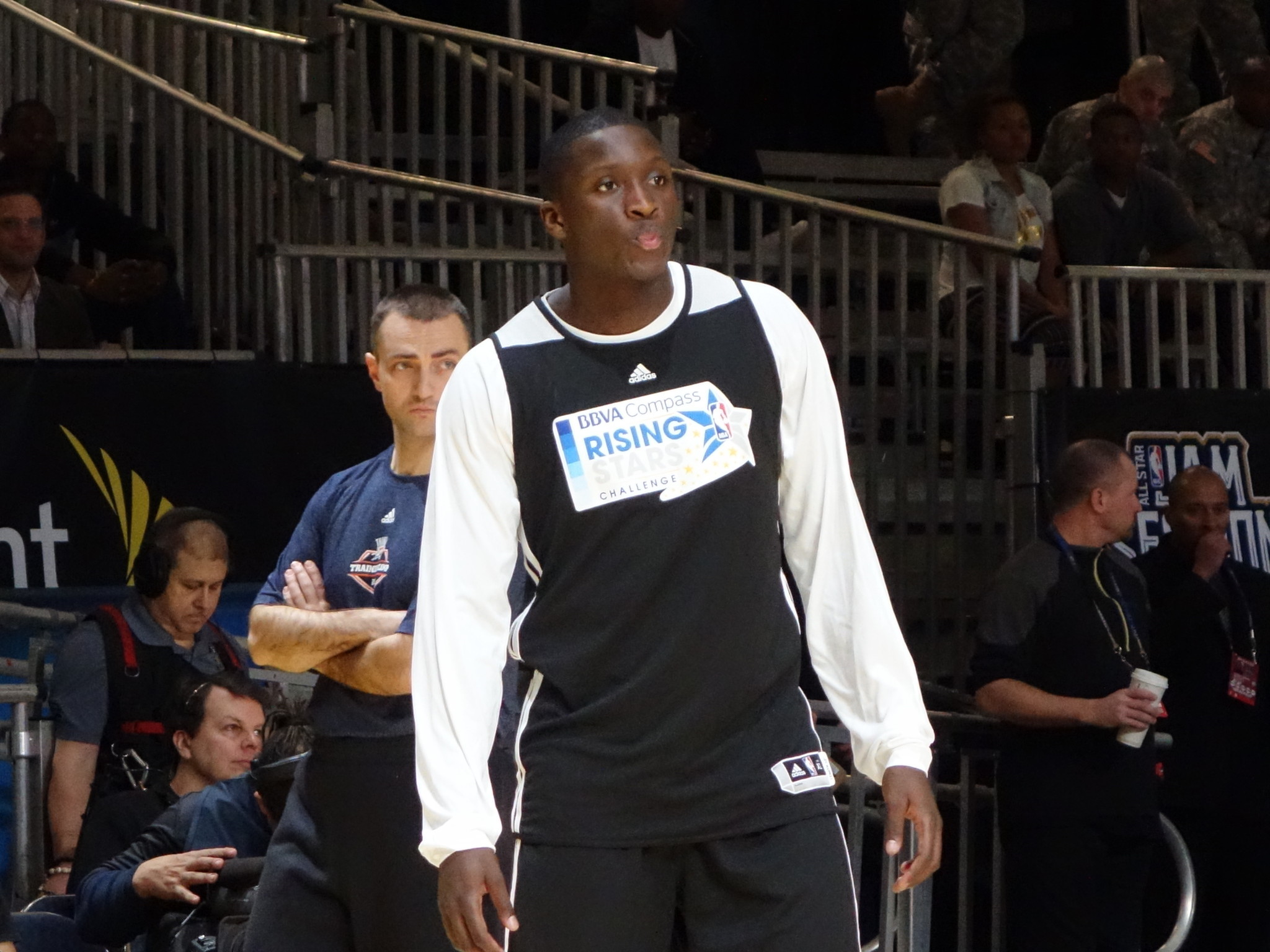 Based on the realism of today’s next gen video games, as a rookie have you ever used them to help prepare for a team you’re playing for the first time?

You can always use that excuse with your coach to play video games, right?

When it comes to your own video game background is there a favorite memory you can share from playing games whether it’s NBA or other video games?

The biggest memory for me was being able to play as myself for the first time. That was crazy fun. That’s my best video game memory ever.

What are your thoughts on the next gen NBA video games out now?

It’s amazing what they can do with the next generation technology.  I feel like every day technology just keeps growing and they keep expanding and with the help of technology we’re able to do so many things, and we’re able to be so much more effective. As technology grows, we grow as a society.

Do you every go online and play against fans on NBA 2K?

No, I never have actually. It’s so hard to play video games now because we’re always playing. But when I get a chance to I’ll try to.

Do you ever play any other kinds of video games?

You know Call of Duty, Assassin’s Creed, and just some FIFA and Madden. I haven’t been really big on video games until lately, but when I was growing up I always found time to do it every now and then. Now that I’ve got a PS4 and Xbox One, it’s kind of hard not to play games.