Enjoy The LEGO Movie Outside Of The Theater 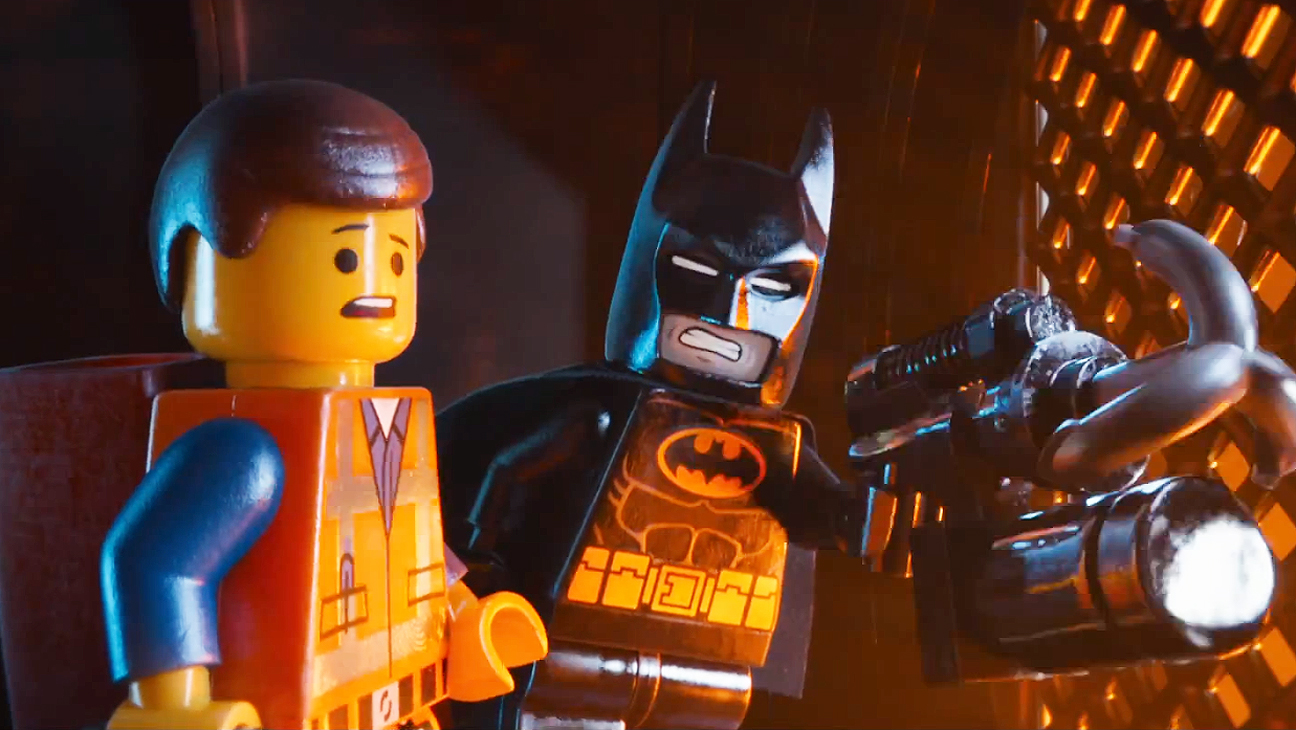 Warner Bros. has a bonafide blockbuster with The LEGO Movie, which has dominated the box office since opening Feb. 7. The movie has already made over $143 million in the U.S. to date and is on its way to surpassing $200 million domestically. The LEGO Movie broke records over President’s Day Weekend earning $63.5 million – the movie cost $60 million to make.

Cloudy with a Chance of Meatball directors Phil Lord and Christopher Miller, who also worked on the script, have infused the 3D computer-generated film with humor that will connect with both today’s kids and the parents who grew up playing with the Danish bricks. The movie has received glowing reviews from stodgy critics and the general public alike, which is helping word-of-mouth keep attendance up (the film only saw a 28% drop over its first two weekends).

The LEGO Movie stars the voices of Chris Pratt, Will Ferrell, Elizabeth Banks, Liam Neeson, Will Arnett, Nick Offerman, Alison Brie and Morgan Freeman. The film brings back classic LEGO Minifigures and introduces brand new characters, which now live on beyond the big screen with new toys and video games. If you haven’t seen the movie yet, it’s definitely a must-see 3D movie experience for the big screen. Dare I say, “everything is awesome” about the movie, which connects with anyone who has ever picked up the colorful plastic toys and used their imagination.

Thanks to the fact that LEGO originated as a toy company from Billund, Denmark and has successfully migrated into bestselling video games from developer TT Games, there are lots of ways to expand the movie experience with real and virtual bricks. 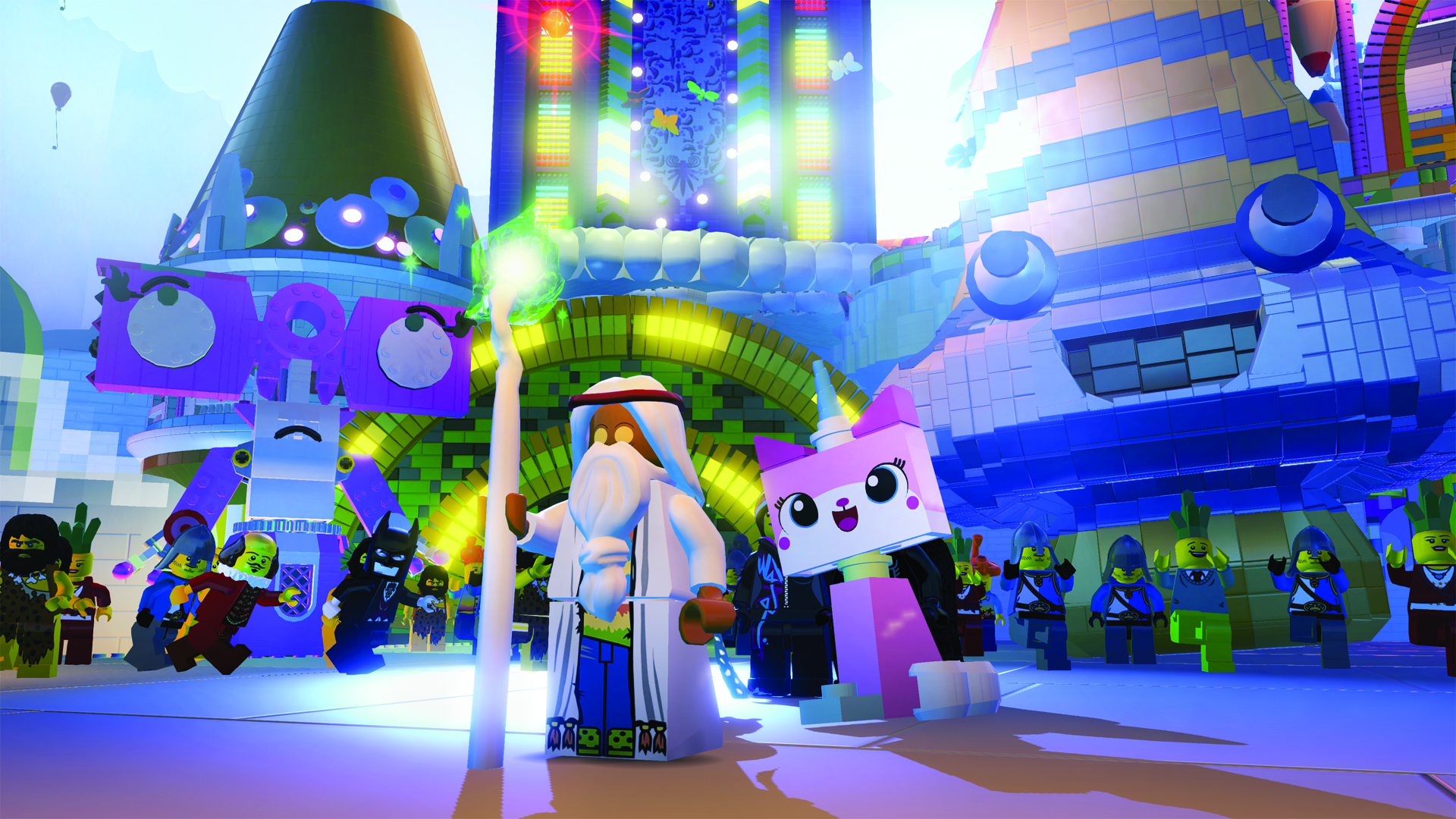 The LEGO Movie Video Game ($50) – Available for all platforms from Warner Bros. Interactive Entertainment, developer TT Games takes its trademarked co-op gameplay into the four main environments from the big screen film. Players take control of Emmet Brickowski, Wyldstyle and other characters from the film in an attempt to save the world from Lord Business. The game, which features cut scenes from the movie, revisits the plot and action in virtual form. (It’s best to see the film first to experience some of the jokes for the first time on the big screen.) Although I would have liked the ability to take control of some of the cool vehicles from the film, the gameplay instead focuses on exploration and on-foot action.

The game’s not as deep as recent LEGO games like LEGO Marvel Super Heroes, but it does offer about 18 hours of gameplay if you want to unlock every in-game brick and cranny. By this point, TT Games knows LEGO inside and out, so even a sub-par game is still fun to play. It’s just not the best LEGO game out there. But when you look at it as a movie license, it stands out as one of the best (and most fun) movie game ever. It is worth noting that the game developer has completely missed the point of the film by forcing gamers to search for instruction books in the game to unlock new creations (which are created by the computer, not you). If you loved the movie (and how can you not), you’ll enjoy the game. 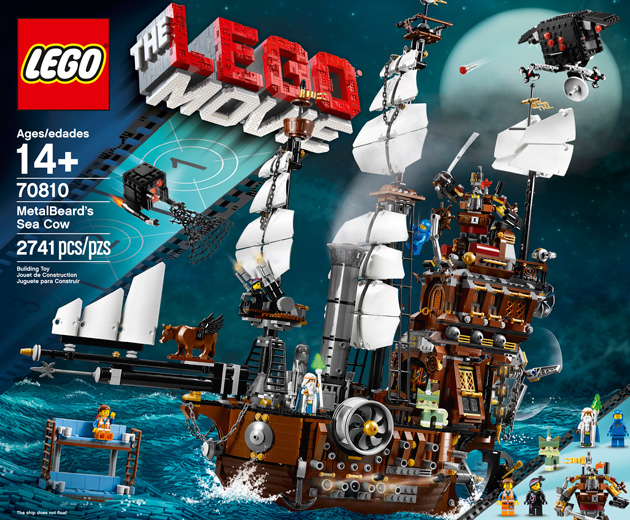 The LEGO Movie MetalBeard’s Ship PlaySet ($250) – This is one of the cool vehicles that would have been nice to see in the game. But fans can build their own scale replica of the Sea Cow ship this March. The ship debuted this week at Toy Fair in New York City. Unless you’re a Master Builder, you’ll likely need to read the instructions to build this set, which includes 2,741 pieces. The ship includes canons that flick missiles and even a net. Also included is a replica minifigure of MetalBeard as well as Emmet’s double-decker couch from the movie. 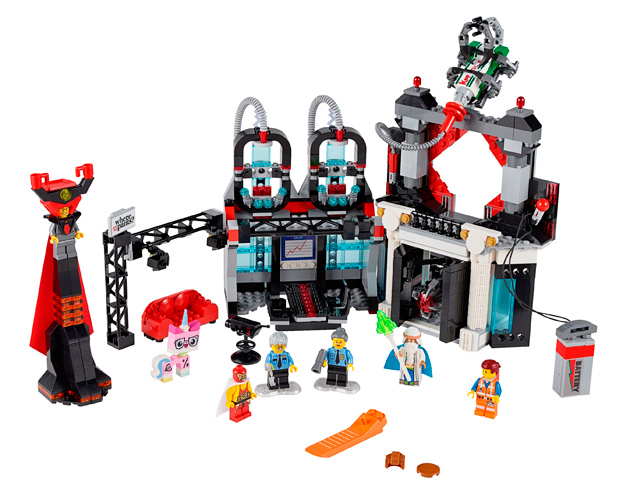 Lord Business’ Evil Lair PlaySet ($70) – Will Ferrell pulls double duty in The LEGO Movie playing, but it’s his Lord Business that steals the film. Also the villain in the video game, players can step into the mind of this evil genius by building Lord Business’ Evil Lair. The kit includes a large door (complete with lever) to unleash the Kragle, a think tank to capture Master Builders, a TV studio to record Where Are My Pants and other broadcasts, a trapdoor and a battery to power the plan to end creativity.  The PlaySet comes with six minifigures, including a 6-inch tall Lord Business (just 3 inches shorter than the set itself), Emmet, Vitruvius, Ma Cop, Pa Cop, El Macho Wrestler and Biznis Kitty. 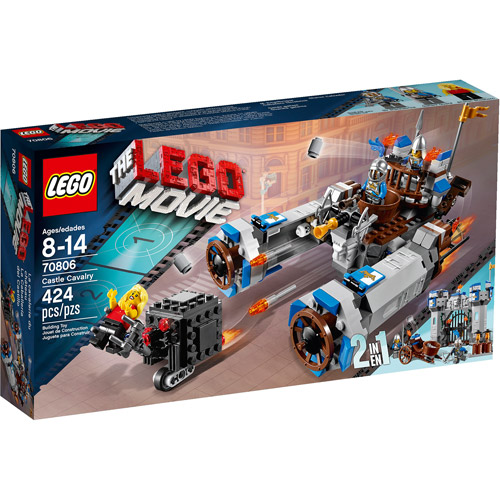 The LEGO Movie Castle Cavalry Play Set ($30) – Fans of the movie will recall the epic battle of good versus evil that takes place in Cloud Cuckoo Land. This toy offers two unique options for building, should you decide to follow the instruction book. There’s a flying vehicle that comes fully armed with a crossbow, cannon, catapults and flame flick missiles. Or you can construct a castle with lockable doors, crossbow and skeleton bones that’s protected by a mobile catapult. The Castle Cavalry PlaySet comes with three minifigures, including Sir Stackabrick, Gallant Guard and Where Are My Pants actress Sharon Shoehorn. 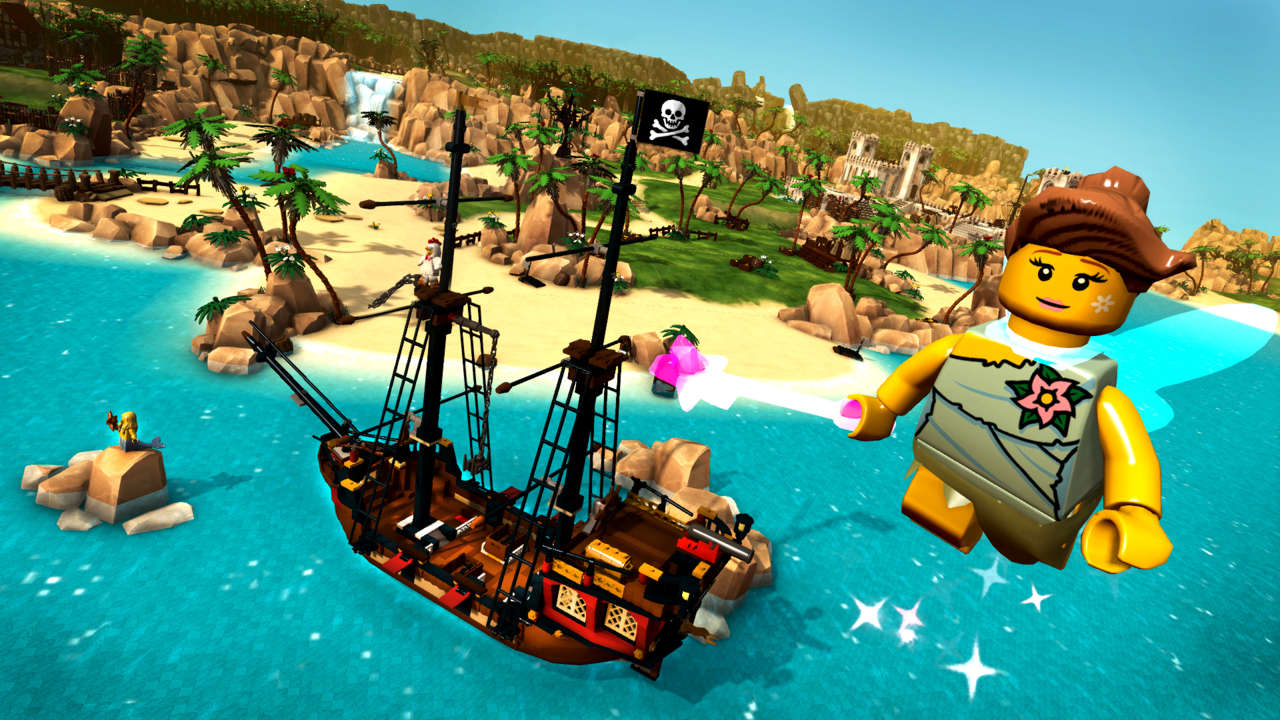 LEGO Minifigures – While not officially tied into the new movie, at least not yet; this upcoming massively multiplayer online (MMO) game is being developed by Funcom and the LEGO Group. The game features the LEGO minifigures that are featured in every toy set, as well as in the recent film. Over 340 million minifigures were produced in 2012, so there are lots of fans (of all ages) out there for this game. Not much has been revealed about the game, other than the world of LEGO playsets (from knights to firefighters to space) will be featured. But it already sounds like a better strategy than the failed 2010 LEGO Universe MMO, which was shut down a year later.