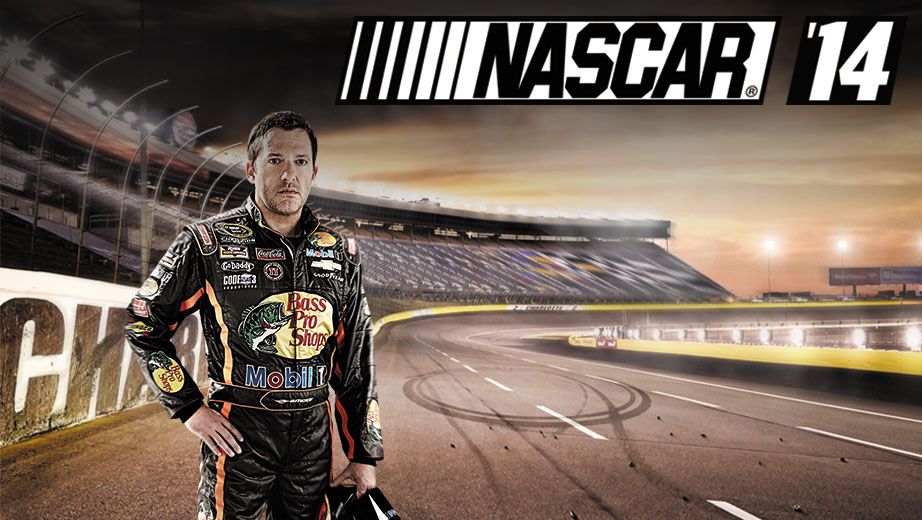 Tony Stewart, co-owner and driver for Stewart-Haas Racing, is on the cover of Deep Silver’s first racing game, NASCAR 14. The new publisher and developer Eutechnyx asked fans who they wanted to grace the cover of the new game, which is out now on Xbox 360 and PlayStation 3. Over 700,000 voted were cast and the driver of the No. 14 Bass Pro Shops/Mobil 1 Chevrolet emerged victorious.

Stewart’s closest opposition came in the final round of the five-week social media campaign against another fan favorite, four-time NASCAR Sprint Cup Series champion Jeff Gordon. Stewart accumulated nearly one-fifth of all the votes cast during the "Drive for the Cover" campaign. The three-time NASCAR Sprint Cup Series champion talks about the new game and discusses advances in technology in this exclusive interview.

What’s it like for you to be on the cover of the new NASCAR 14 video game?

I was just happy they gave me a really nice tan that I didn’t have. It’s cool. It’s the fourth time that we’ve been on the cover, so it’s a pretty big honor. The neat thing has been that friends of mine’s kids have gone to the store together and as soon as they buy them they take pictures and send them to me that they got their new games. That’s probably the neatest part of it is knowing how many of the kids get it. I have friends that are my age that are getting the games too. But to see how excited they are to get them because we’re on the cover, that’s a pretty cool side of it.

What role do you feel these video games play in helping NASCAR grow as a sport?

When you look at all the video games -- every professional sport has a video game out -- that’s the thing that attracts kids these days to our sport.  For a lot of them it probably starts with a video game and that’s their avenue of learning about our sport and what it’s all about. That’s what makes them want to tune in on Saturday or Sunday and watch us race. So I think it’s huge.  Obviously, video games have come a long way in the last twenty years. But the thing is kids are always going to be buying them and that’s one of the routes and avenues to attract younger race fans. It’s a side that not everybody thinks about, but it’s a big aspect of our sport of growing younger race fans into passionate die hard race fans.

What’s the challenge that NASCAR faces in trying to expand its audience?

That’s the million dollar question, but it’s that way for everybody. It’s that way for NFL, for Major League Baseball, or hockey. For us it’s  just how do you compete against all these different avenues of entertainment every weekend for 36 to 38 weekends a year. There are a thousand channels to pick from on TV now. The biggest challenge is as time has gone on, there’s more competition out there not just for racing but for any entertainment. There are so many things for people to do to entertain themselves. That’s the constant challenge for NASCAR is to try to figure out how do you attract these people for four hours on Sunday to watch a race. And that is a constantly moving target. I don’t think there’s ever been a secret formula to that. As technology changes and grows, the demands of people changes. People now in this era have access to data at their fingertips in a matter of seconds, so we’re in a “want it, need it, have to have it now” type atmosphere. That’s the thing that NASCAR does a really good job of in trying to figure out how to incorporate that into the experience of coming to a NASCAR race or being able to enjoy it from home. 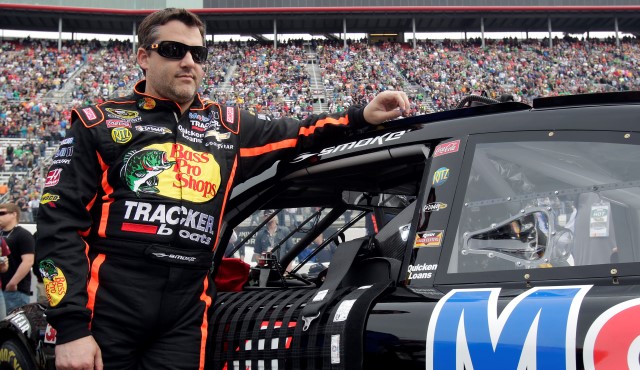 Do you have any superstitions?

Yeah, I’m very superstitious against $50 bills, but it should be the opposite.  You should be excited about $50 bills and not about $2 bills. Bill Senior was the one who taught me about the $50 bill deal and actually almost got somebody fired when I was at Gibbs for putting $50 bills in the guys per diem each week. That’s how intense my superstition was.

What are your thoughts about this evolution we’re seeing with Chevy and other cars to more autonomous driving vehicles?

The bad part about it is that it’s taking the focus off of what people need to be doing when they’re driving, but the good thing about it is that there’s a lot of safety aspects because of this.  There’s so many corrections that the car can make if we have human error driving down the street.  The great thing is the cars can compensate for you and save you a lot of trouble accident-wise. That’s probably the biggest thing I’ve seen with the technology in street cars. People don’t get lost because of the GPS and hands-free technology allows you to talk or stay connected with people and have your phone conversations while you’re driving. There’s so many ways that the manufacturers have figured out how to make the computer systems be so active in the driving that if you get yourself in a bind the car won’t correct every mistake that you make, but it will save you more times than not. If people aren’t paying attention or make a mistake while they’re driving, a lot of times the car will make the correction for you.

What would you say has been your big leap when you look at your career?

It was the day that I decided I was going to quit all the jobs that I had. I never had one major job.  I just had a lot of little jobs that I worked so I could have the flexibility to go race. But the day that I made the decision to stop working so I could concentrate 100 percent on driving racecars and hoping and praying that I could make enough money doing it to support myself, that was definitely the big leap for me for sure.

Deep Silver To Publish Shenmue III On PC And PlayStation 4

When it releases next year, of course!