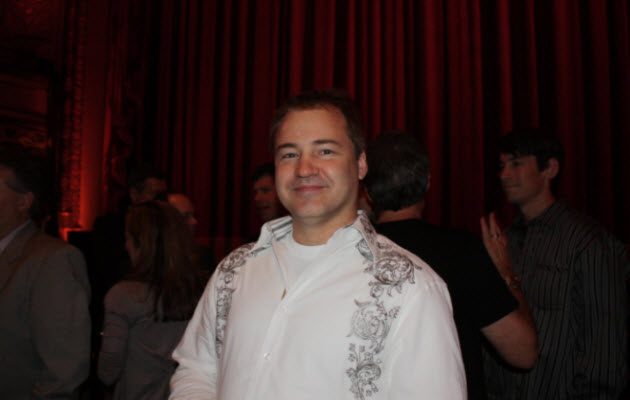 Vince Zampella helped change the face of the first-person shooter at his first studio, Infinity Ward, with the Call of Duty: Modern Warfare franchise. Now he’s launched Respawn Entertainment, which has created what many expect to be another evolutionary take on the shooter genre with Titanfall. Zampella talks about the new game for Xbox One, Xbox 360 and PC and explains why he’s excited about the industry today in this exclusive interview.

What were your goals heading into Titanfall?

Titanfall is the culmination of putting a team together, putting a new studio together and pulling an idea out of that. It’s a group of super talented industry veterans and everyone has strong opinions on what a game should be. So it’s taken a year to coalesce that into something that’s scoped properly for us as a start-up company and is exciting and something that is grounded. It’s also something we’re familiar with and fans are familiar with, but something that pushes the boundaries.  We wanted to do something a little different.

Can you talk about the world you’ve crafted?

It’s a frontier world. It’s obviously off Earth, but we wanted everything to be grounded. There are projectile weapons and things that are believable. And there are giant robots, so it’s not current day, but it’s very grounded.  Titans are what you could consider an extension of modern robots that are up and around, or exoskeletons that exist today. This is like the natural evolution of where things could be going.

What’s the story in Titandfall?

Frontiersmen have gone out and set up these colonies. Giant corporations have now moved out there. They’re taking resources. In the level, Gas Rich, the companies are coming in saying we need this fuel. They think they’re doing the right thing by supplying fuel for all the frontiersmen, but this is someone’s home and they’re being evicted now so that they can just destroy this planet to take those resources. The game is a battle between these two factions, the Interstellar Manufacturing Corporation (IMC) and the Militia. 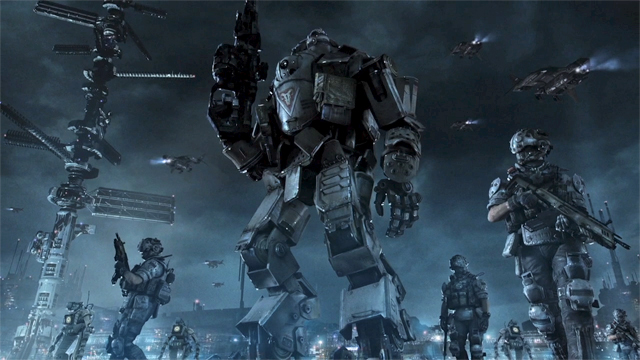 What separates the gameplay battles from other shooters out there?

It’s really such a different feel. It’s the agility of the pilots and that ability to just go places you couldn’t before and reach things that you couldn’t, balanced with the Titans and that powerful feeling of these huge 24-foot tall exoskeletons. It’s not like something that I’ve played before.

What way do you like to play this game?

It really depends on the map and who I’m playing against. There are times where I want to be the Titan. It’s almost like a second skin. If your Titan gets destroyed, you can eject out of it. You can live another day. You can play on foot or you can get another Titan. You call it in and you start that loop again. That loop feels so much nicer, so much cleaner

Can you talk about the process you went through in building this world?

We have a Universe guide that we’ve updated as we figure things out and built out the universe. We live off that and keep things consistent. We have all of that, but there are no transmedia plans right now. We’ve focused on building a fun game, first and foremost.

How have you seen the game industry evolve since you’ve been making games?

We’ve seen a lot of content go from standard definition to high definition, and now we’re talking more about what we can do to push the media forward as far as telling a story. It’s not just about the gameplay, although the gameplay has to be amazing because that’s what you’re there for.  It’s an interactive experience, but can you immerse players in a world, tell a story and make them really want to be there. We’ve gone a long way in pushing that.

Your games have always been very cinematic experiences.  What do you draw from being here in Hollywood that you can apply to your games?

We draw from the world around us, everywhere. We look at books and movies and TV shows and real world situations and we draw a little bit from everything and try to put a grounding into everything we do so it feels more believable.

How has next gen technology allowed you to express yourselves creatively?

It’s just more of that being able to make something more immersive, more believable. The higher the fidelity in something, the more you buy into it. And it just becomes subconsciously part of the world that you’re playing in.

What excites you about being able to develop video games today in this age?

Where we are now is kind of at a crossroads, where there’s new consoles and this crossover between gaming and social gaming and bringing in more people. That opens the door for new people that wouldn’t normally be involved in a game that might embrace it because there’s a social aspect to it. There’s really a lot of exciting stuff going on.

What potential do you see for a Titanfall movie?

We’re a start-up company. We’re focusing on our first big thing, so we’re focused on making an amazing game because if that doesn’t exist then none of the other stuff matters. If other stuff happens to work out, great, but we’re a game company making something that people are just going to love to play.

What do you draw upon from past experience in developing games that you’ve been able to apply to Titanfall?

You draw from the experience of seeing what works and what doesn’t, and you get more refined in what you know you can do. Drawing from different things where I’ve seen something work, but now I want to see it work better. It’s an always-growing from personal life and from work life. You always want to push things and see how far you can take things.

Do you play a lot of games for fun?

Yes. I do quite frequently. My wife yells at me a lot about it. But that’s why I got into this industry is because I am a gamer. There are certain things that maybe will stand out in a game that I’ll wonder why they did that when it would have been so much more fun this way. But for the most part, a good game -- something that I’m able to immerse myself in -- I love playing.