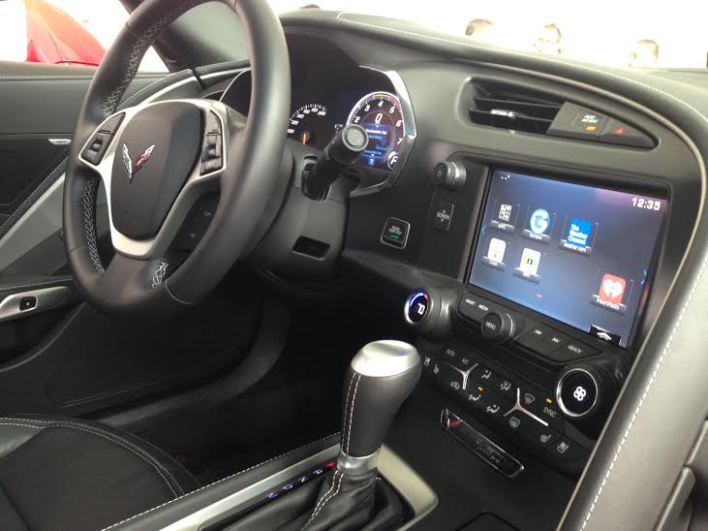 Backseat gaming is going to take on a whole new meaning very soon. And it’s not going to be an exclusive feature for the world’s most expensive brands. Chevrolet is rolling out 4G LTE technology this summer across its 2015 Corvette, Impala, Malibu and Volt this summer followed by the Equinox crossover, Silverado and Silverado HD pickups and Spark and Spark EV electric. By the end of next year, every Chevy make and model will include 4G LTE technology. This rapid deployment by General Motors will give Chevy the largest fleet of connected cars on the road and literally change the game in many ways.

“For gamers, this means the same high speed Internet connectivity they enjoy at home will be available in their vehicle,” said Richard Choi, director of advertising strategy at Chevrolet. “Up to seven devices can connect to the car’s hub, which will enable high speed gaming and entertainment for passengers.”

PC gamers can flip open a laptop and connect with intense shooters like Electronic Arts’ Titanfall or jump into a League of Legends match without worrying about latency issues. It will also now be easy to watch Twitch video game livestreams of eSports tournaments or catch up on Youtube gaming videos without any connection issues.

Chevy had a fleet of 45 Impalas at SXSW (South by Southwest) 2014 offering free rides to Austin visitors, promoting the 4G LTE technology. The automobile maker also showcased the technology inside the Austin Convention Center with a 2015 Corvette.

The company, which has been a primary sponsor of SXSW for five years, offered members of the media a guided tour of the new technology inside a black 2015 Impala. The new cars equipped with high speed connectivity will feature an upgraded MyLink entertainment hub, which will offer apps like Beats, Slacker Radio, iheartradio, NPR, Weather Channel, Eventseeker, Cityseeker, Tuneinradio, Kaliki and Priceline.

“There will b a familiar interface just like tablets,” said Choi. “The first apps that will be available will focus on more basic needs, like a Vehicle Health app that allows owners to understand what’s going on with their vehicle. Moving forward, we’ll be releasing all types of apps. The car is a great ecosystem for developers to bring in their content.”

In fact, Chevy is opening up app development to the world. The company hosted a hackathon at SXSW 2014 to create a Good Host App, which will allow passengers to share and experience their favorite music with the driver’s collection of tunes.

“We’ve done several hackathons and asked developers to build apps for us,” said Junior Barrett, GM Infotainment Strategy Manager. “The winning app from a San Francisco competition was a caravan app where cars could tell each other where they were at while on a vacation. So if two cars of people were heading to the beach, they could track each other. We held a hackathon with Techcrunch in New York City last year and four 15-year olds created a learn to drive app that tracked everything from your speed and breaking to the types of maneuvers you did and emailed you at the end to let you know when you had hit all the thresholds.”

Because Chevy is in the business of building cars and trucks, the company enlisted Austin-based creative agency and game development studio Chaotic Moon to work with them in the digital space. John Fremont, executive vice president, Chaotic Moon Studios, said working with connected cars and the vibrancy around that is the most exciting place in technology today because it’s a clean slate with cars opening up as a new platform for innovators.

“There are over 1 million mobile apps out there today and it’s hard to get recognition in that crowded space, but with the in-car app experience it’s going to be a much more limited ecosystem and one that promises more exposure to developers who can stand out,” said Freemont.

“There’s been a big shift in what technology consumers want and need in cars today and in-vehicle tech is a top consumer consideration now when buying a new car,” said Barrett. “There are over 1 billion cars on the road today and we’re opening up the API in cars for developers to take advantage of. The future of these connected vehicles is exciting. Apps can take advantage of vehicle diagnostics and tell the radio app that you’re low on fuel and alert you that a Shell station is at the next exit. This is a brand new delivery channel. It’s not a smartphone on wheels.”

Rockit Gaming Q and A