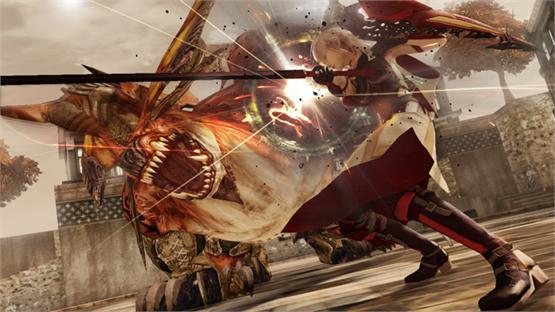 Square Enix recently released “The Final Journey of Lightning” trailer for the newest Final Fantasy game, Lightning Returns: Final Fantasy XIII. The world is ending in 13 days and returning heroine, Lightning, is back. The combat system is more action oriented. The player has direct control over the characters. Luxerion, the new divine city, is where Lightning will fight new monsters as well as encounter new challenges along the way.

Lightning Returns: Final Fantasy XIII will have some good music to go along with the new action. Composers Masashi Hamauzu, Naoshi Mizuta and Mitsuto Suzuki will be back to the FF universe. They all worked on Final Fantasy XIII-2. Hamauzu’s theme that was in the “Crimson Blitz” trailer will be downloadable for .99 cents on the iTunes store starting December 23rd. The game will be available for the Xbox 360 and Playstation 3 in 2013. It’s good that the FF series is trying something different in the action-oriented fighting style and could be a welcome change to the series.