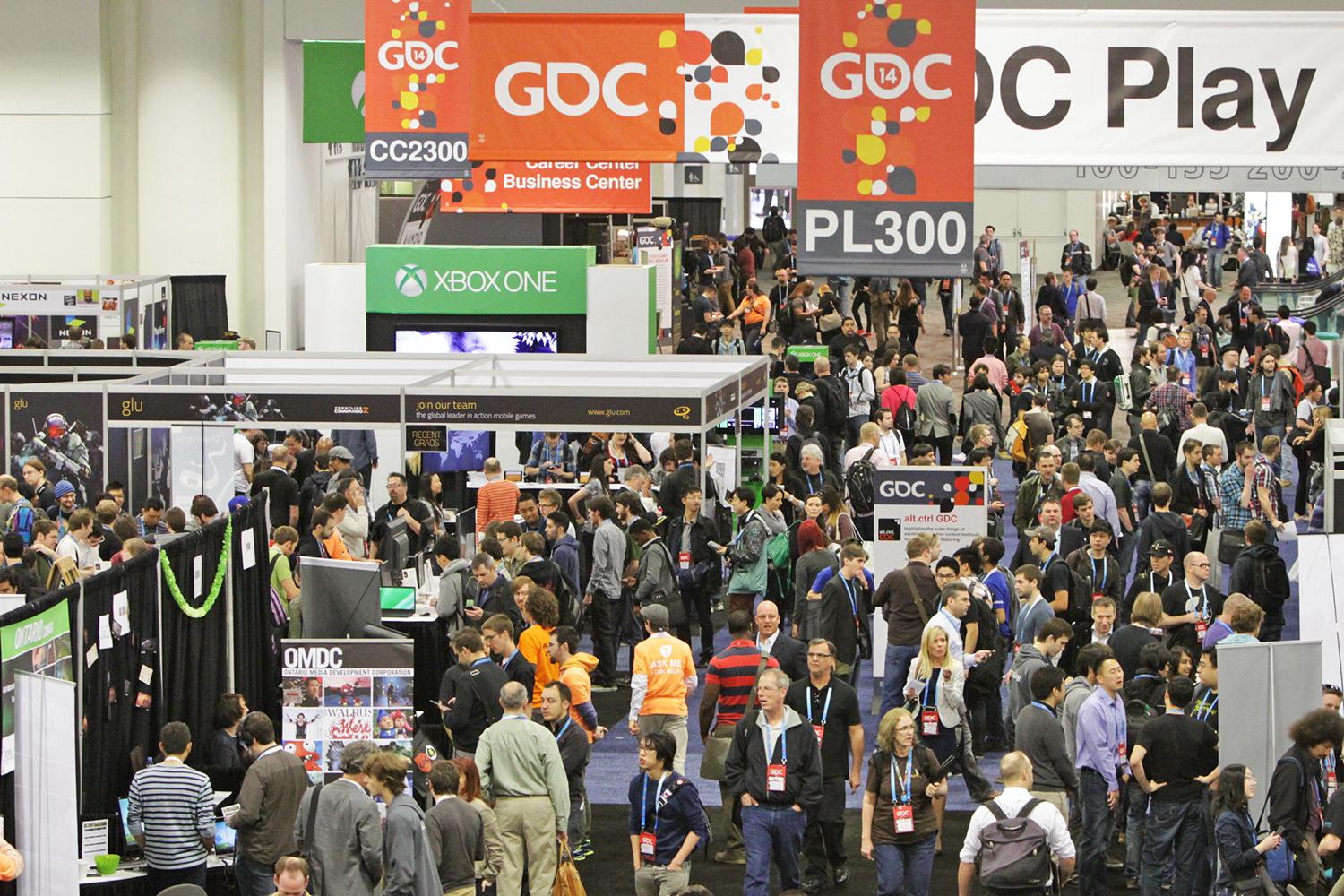 The 2014 Game Developers Conference (GDC), the world's largest and longest-running event serving professionals dedicated to the art and science of making games, set an attendance record with more than 24,000 industry professionals at last week’s conference in San Francisco’s Moscone Center. After another year’s successful event, the Organizers have announced that GDC 2015 will return to the Moscone Convention Center in San Francisco from Monday, March 2 to Friday, March 6, 2015, with the call for submissions to open this summer.

This year’s conference touched on the past, present and future of the games industry, hosting a series of classic game postmortems, sessions related to social advocacy and the current state of race/gender/sexuality representation in games, and playing host to new hardware and software innovations to be seen in the months and years ahead.

The Classic Game Postmortems offered attendees insight into the creation of classic games, with Eugene Jarvis reminiscing on the journey to create Robotron: 2084, a standout title from the 1980s’ golden age of arcades; Yu Suzuki presenting a session tracking the creation of his epic console classic, Shenmue; and, reflecting on the infancy of gaming, Dave Lebling presented a postmortem detailing the trials and tribulations of crafting the classic text adventure Zork. Additionally, veterans from the LucasFilm Games team presented the GDC’s first Classic Studio Postmortem reflecting on their decade-long experiences creating experimental games like the world’s first MMO, Habitat/Club Caribe, and their groundbreaking adventure titles, Maniac Mansionand The Secret of Monkey Island.

Originally introduced during GDC 2013, the Advocacy Track sessions again explored relevant social issues in games, including race representation, sexuality and misogyny to help foster the dialogue about a safer and more open environment for gamers and developers. For the first time, the Advocacy Track was open to all GDC attendees to attend. In a session entitled, “Misogyny, Racism and Homophobia: Where Do Videogames Stand?” Manveer Heir of BioWare Montreal offered an illuminating discussion about the current state of games as it relates to minorities, the LGBT community and women, examining specific titles and the way in which they address these topics, whether positively or negatively. Returning this year was the “#1ReasonToBe” panel, which featured women from a variety of disciplines sharing their experiences, both high and low, navigating the industry and exploring a vision for a positive and inclusive future. “How to Subversively Queer Your Work” tackled the specter of homophobia in development teams and in the game community at large. 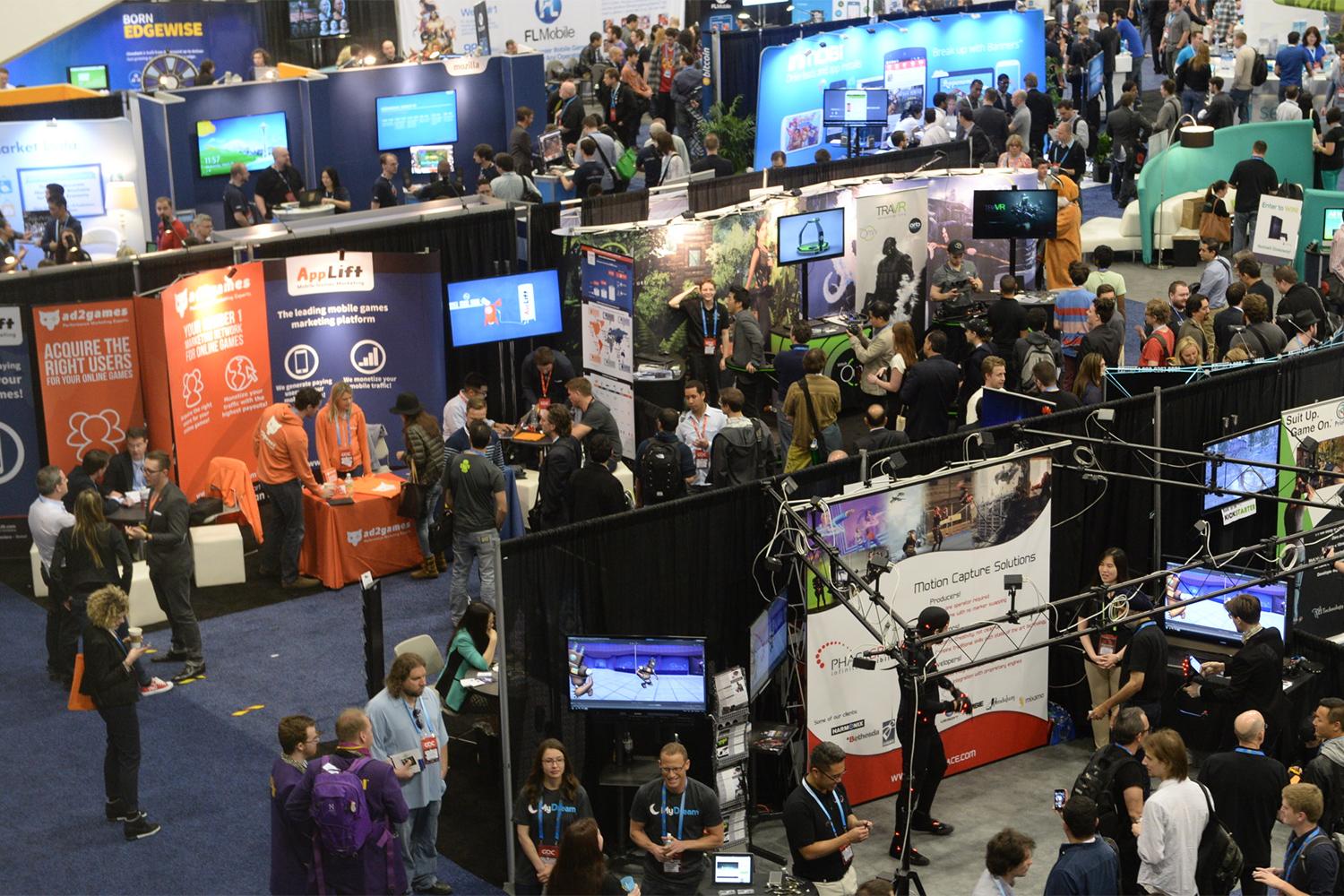 Sony Computer Entertainment caused a stir with the unveiling of its upcoming Virtual Reality (VR) device, currently codenamed Project Morpheus. The device, which features a visor style head-mounted display works with the PlayStation 4 (PS4) system and the PlayStation Camera accessory to deliver a compelling VR experience that tracks head orientation and movement to display a virtual world in a naturally and intuitively in real-time. The device was announced during a special sponsored session at GDC, and was available for demonstrations on the GDC Expo Floor.

The Expo Floor in the Moscone South Hall played host to some of the industry’s most influential players, including Nintendo, Sony, Microsoft, Google, Amazon, AMD, Intel, Valve and nearly 350 other top companies offering product demonstrations, networking and recruitment opportunities. Across the street at the Moscone North Hall, GDC Play made its return with GDC exhibitors and sponsors showcasing playable games and apps. GDC Play offered emerging developers a simple and low-cost venue to show off their games to key distributors, potential business partners and investors. GDC Play was inspired by the success of the Independent Games Festival Pavilion, and similarly offers a dedicated space where developers can conduct meaningful business at GDC.

Throughout GDC, entertaining Interactive Spaces were available for attendees looking to loosen up and have fun. These spaces included exhibits like the Videogame History Musuem, which presented “The History of Nintendo,” alt.ctrl.GDC explored cool and unusual control methods in games (i.e. foot pedals, briefcases and telephone receivers), and The Museum of Art and Digital Entertainment (MADE) presented an exhibit on the illustrious history of Lucasfilm Games. Gamers could also participate in games and activities, like the Indie MEGABOOTH Showcase, which featured a collection of the latest and greatest indies. iam8bit Productions presented “You’ve Got Game Show!,” a rapid-fire trivia competition, and GDC hosted “Doing it on the Table,” a dedicated space for participants to try out tabletop games created by video game designers.

GDC 2014 hosted the 16th annual Independent Games Festival (IGF) and the 14th annual Game Developers Choice Awards (GDCAs) on the evening of March 19. Lucas Pope, creator of Papers, Please, won the Seumas McNally Grand Prize award at the IGF and its associated $30,000 grand prize, as well as the awards for Narrative and the Design at the event. At the Game Developers Choice Awards, which immediately followed the IGF Awards, Papers, Please was again a winner, taking home the evening’s Innovation Award and the award for Best Downloadable Game.  Naughty Dog’s gritty, grueling and emotionally affecting title, The Last of Us, won the Game Developers Choice awards for Best Design, Best Narrative and Game of the Year.

The UBM Tech Game Network's GDC Vault website (www.gdcvault.com) will offer access to select GDC 2014 material within the next few weeks, including speaker slides, synchronized video and presentations for select sponsor lectures and sponsor-supported videos, as well as a broad range of conference videos. GDC All Access Pass holders and individual Vault subscribers will get access to hundreds of video sessions from this and previous GDC shows. Images from the event have been cultivated and collected from UBM’s photographers can be viewed at the event’s official flickr account (https://www.flickr.com/photos/officialgdc/).

“We’ve concluded another successful GDC, thanks to all the volunteers, speakers, indies, students and the team at UBM, who helped to create a friendly, open and safe environment for everyone. It’s our great honor to host an event that honors the history, examines the status of, and projects into the future of the games industry,” said Meggan Scavio, general manager of the Game Developers Conference. “The future of gaming is about hardware and software innovations, but more importantly it’s about the people who strive to further their art, who meet with others to examine best practices. These connections are what make GDC grow, and what makes it the ideal venue for professionals learning to advance their craft to make prettier, riskier, louder, quieter, affecting, addicting, fun and enriching gaming experiences.”

In March it's morphin time!

LOZ: Breath Of The Wild Developers To Host GDC Discussion

Attend and get the TriForce of Wisdom!