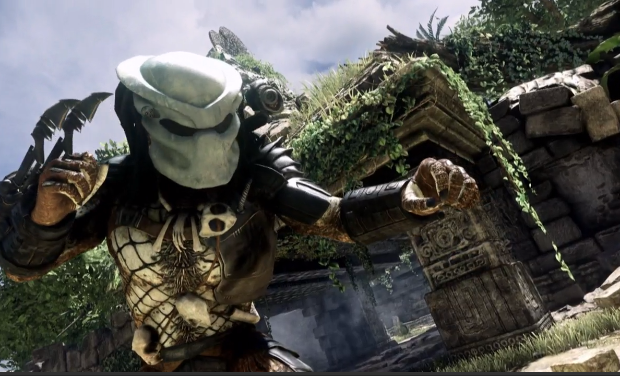 During the Call of Duty Championship 2014 Final match, Infinity Ward shared a brand new trailer for the upcoming Devastation DLC for Ghosts. The new DLC premieres on Xbox Live April 3 and comes to PlayStation and PC soon after. Devastation is the second DLC Pack for Call of Duty: Ghosts. One of the coolest things teased is the addition of the Predator from the 20th Century Fox movies to the game universe.

Devastation brings four small to medium-sized Multiplayer maps: Ruins, Behemoth, Collision, and Unearthed — which is a re-imagined version of Dome, the fan-favorite map from Call of Duty: Modern Warfare 3.

Devastation also includes the “Ripper,” a brand new tactical 2-in-1 weapon with the unique ability to switch from SMG to AR and back on the fly, in the middle of combat.

The Extinction saga picks up with Episode 2: Mayday. Following the events of Nightfall, players board an abandoned research vessel, in search of answers. Players will face two new alien foes – Seeders, and the 100ft tall “Kraken.” This exciting new chapter comes packed with new weapon mods and paths to explore.