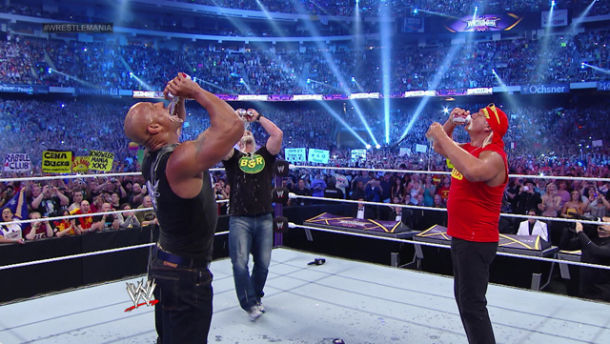 NEW ORLEANS, LA – WrestleMania 30 broke the record for the Mercedes-Benz Superdome’s highest grossing entertainment event. This marks the fifth consecutive year that WWE broke the host venue’s highest-grossing entertainment event record. WWE’s annual pop culture extravaganza grossed $10.9 million as a sold-out crowd of 75,167 from all 50 states and 37 countries converged on the Superdome in New Orleans. The event was broadcast live in the U.S. on WWE Network and via cable and satellite providers on pay-per-view in more than 100 countries and 20 languages.

The previous gross revenue record for an entertainment event at the Superdome was the three-day Essence Festival in 2013 featuring Beyoncé.

"On behalf of the city of New Orleans, I would like to thank all of the fans who came from around the world to WrestleMania 30," said New Orleans Mayor Mitch Landrieu. "WrestleMania has taken its rightful place amongst the most historic events ever held in New Orleans."

"The success of WrestleMania week in New Orleans would not have been possible without the tireless support of Mayor Mitch Landrieu, as well as our public and private sector partners who built an amazing blueprint to welcome our fans from around the world to this milestone celebration," said John P. Saboor, Executive Vice President of Special Events, WWE.  "We now begin our exciting journey to Silicon Valley for WrestleMania 31."