The Amazing Spider-Man 2 Swings Onto Consoles 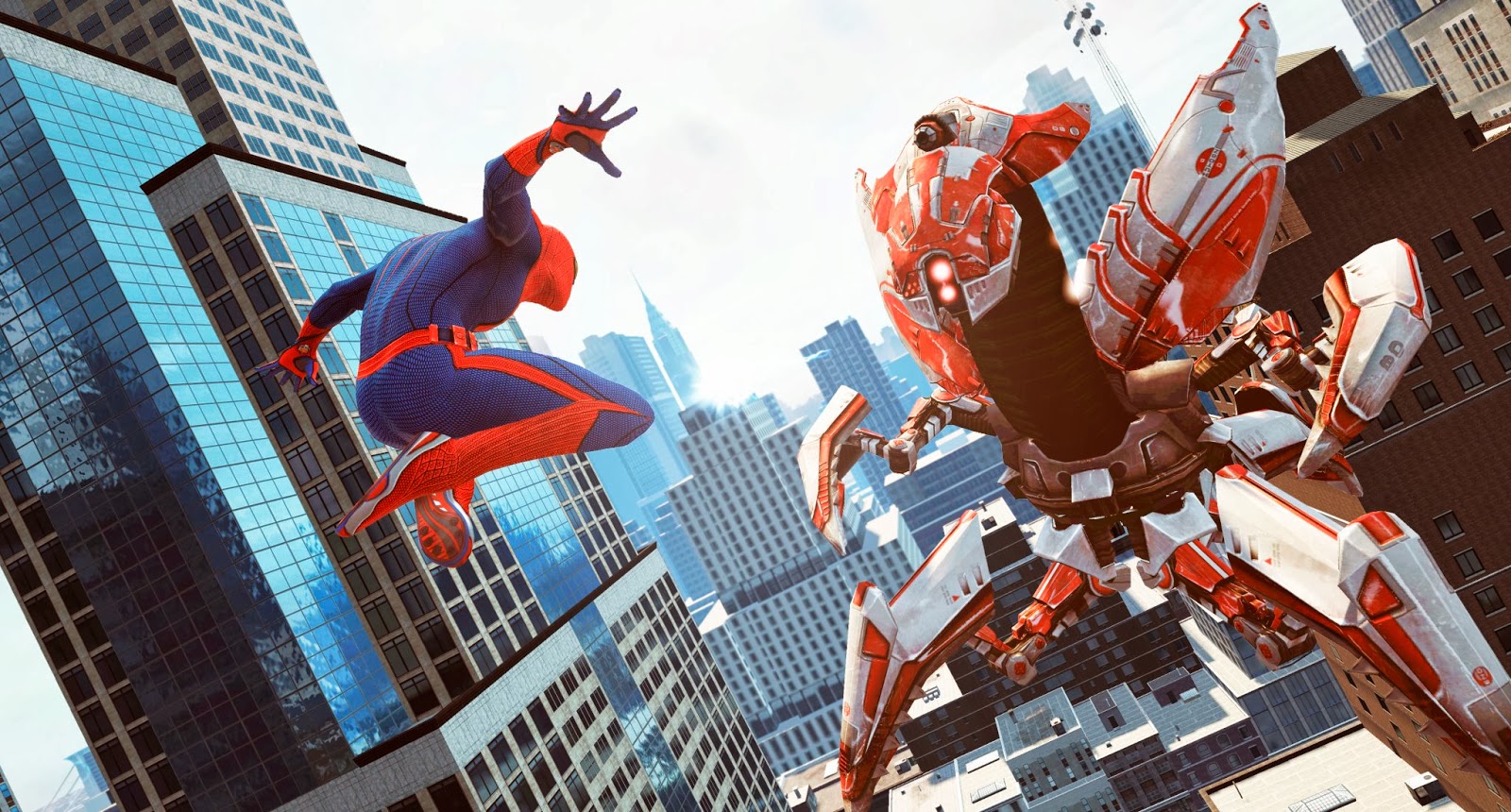 Activision and developer Beenox are back in the swing of things, just in time for the new Sony Pictures sequel, The Amazing Spider-Man 2. The new game expands beyond the plot of the film, as Beenox Creative Director Thomas Wilson explains in this exclusive preview interview from GDC 2014.

What we really wanted to do was improve on every aspect that we developed in the first game. With the city of Manhattan, we actually revised the architecture completely and made it feel more realistic. We’re also doing that by revising the street sizes and the building sizes. We’ve revised the web swing, which was something that people asked for a long time. In the first game it was just a one button swing.  Now we’ve transformed it into a mechanic, where you’re using the left and right trigger to do web swinging left to right and if you combine both, then you get an additional boost. You can go up high or you can have a horizontal boost. Now it’s a mechanic that requires the player to become more familiar.  It takes some getting used to, but as soon as you get in you feel the difference.

What’s new with the combat system?

We’ve introduced perfect dodges, perfect kicks and the dodge roll, all things that make the combat more interesting, more dynamic. We’ve introduced new enemy archetypes and coordinated attacks with the enemy. Sometimes you need to dodge yourself right when two enemies are attacking at the same time. We have bruts, we have speedies, we have different enemy archetypes that require a different way of approaching them. When you fight them all together it’s not just a matter of button mashing. We have web upgrades that will actually be required. We have ionic webbing to disintegrate armor. We have seismic blasts that hit all the bruts, so you can knock them down and start punching them.

What role will Peter Parker play in this game?

You can now play as Peter Parker and we are using that as a narrative vessel to tell the story from a more up close and personal perspective to the character. We have a new dialogue system. This mode allows the player to be a part-time photographer for the Daily Bugle, where you get to meet some very important characters that wouldn’t have been possible if you were wearing a Spider-Man costume. 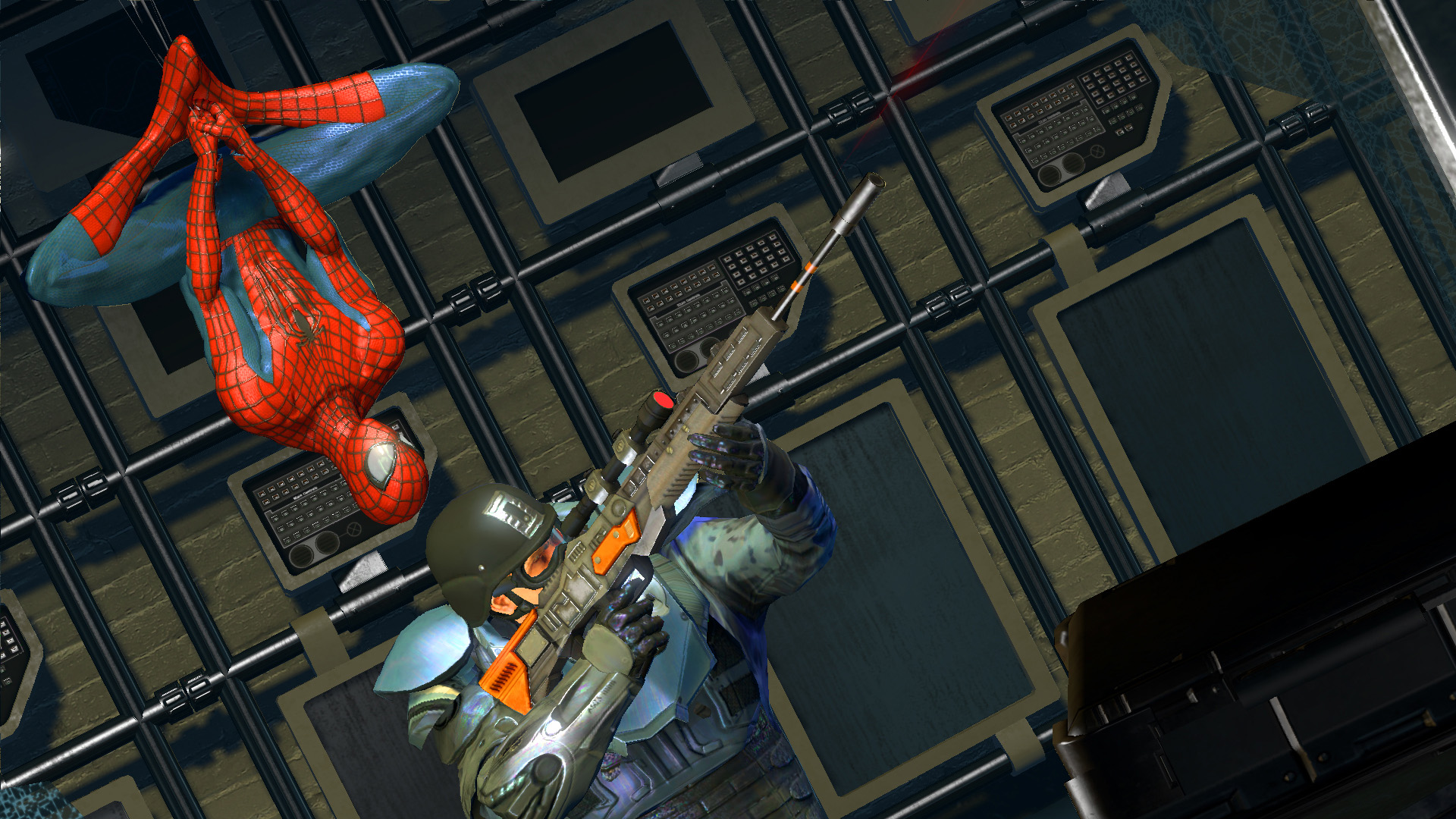 We’ve revised the level design from the first game. We’re using Manhattan as a hub moving from one interior level to the next. Now all the missions are blended using the city itself. When you’re actually going in a level we prefer to call that an open area mission and now you can tackle the mission any way you want because the areas are open space. So you can take the approach that you want, whether it’s going with stealth or going in there guns blazing. We’ve deepened the stealth system so you can take down anyone from anywhere. That was taken from the work we had done previously on Spider-Man: Shattered Dimensions. We really wanted to have that depth in the system. We have over 15 different suits that have different abilities, or at least different bonuses that you can wear like stealth bonuses or damage bonuses.

How does the Hero vs Menace system work?

We’re connecting all the sight activities and the rampant crime going on in New York. By completing these sight activities you can increase your public perception and become a hero, or if you let crime go rampant then you might become a menace or be perceived as a vigilante and Jameson will definitely call you for it. Then we have this special task force that will come out and try to take you down, if you’re not taking care of the crime going on in the city.

Can you talk about some of the iconic villains that Spidey will be fighting in this game?

We haven’t revealed the entire cast, but we’ve revealed Craven. We’ve seen Electra. We’ve seen Kingpin. We have an A list cast of villains this time around. It’s really important to have characters that people are familiar with and they really like. We also have a story that’s a more personal story to Peter Parker. We worked closely with Marvel to have a story that could allow us to interact with these characters and provide a deeper backstory compared to the first game.

Where does this game take place in comparison to the new movie?

The story is a sequel  to the first game, but our first game took place after the first movie. We’re going to have moments that will take place in between our game and the beginning of the second movie and then we’re going to have our own parallel story to the story of the movie. We’re not telling you the story of the movie. It’s a parallel story, but we will have intersecting events in this game related to the Spider-Man 2 film.