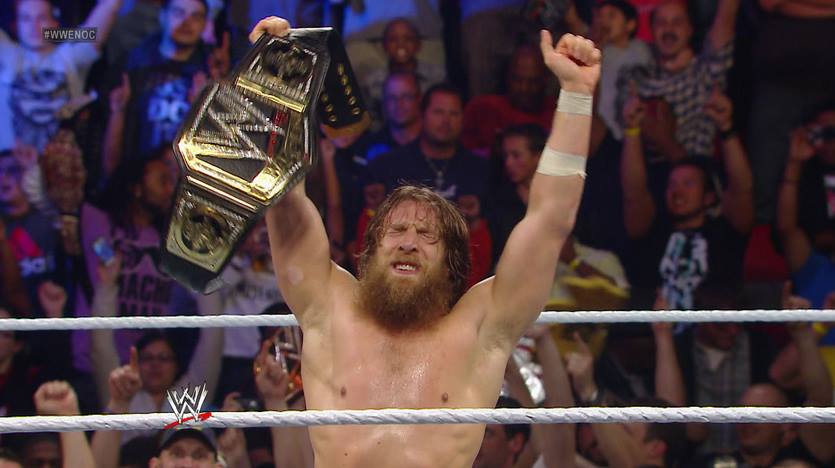 NEW ORLEANS – Daniel Bryan is the new WWE Champion after wowing a crowd of over 71,000 at the Superdome in the main event at WrestleMania 30. Bryan actually competed in two matches at the historic event, opening up the action against Triple H and closing the show over four hours later with a match against Batista and Randy Orton. The 5’ 8” Bryan slayed the giants over the course of an extended battle, which included a timeout on a medical gurney about three-quarters of the way through. The boy who watched wrestling and dreamed of becoming a champion is a storyline that connected with the live audience, as well as the millions of fans livestreaming the event through the new WWE Network. Bryan shares his favorite WrestleMania memory and talks about the evolution of technology and how WWE 2K14 is connecting new fans with wrestling history in this exclusive interview.

What separates WrestleMania from all other events?

It’s the biggest show of the year for us. It’s in front of 70,000 people. People from all over the world travel to whatever city we’re in. Last year we were in New Jersey, this year we’re in New Orleans, the year before we were in Miami. It just brings so many people from all over the world to those different cities and it’s the most watched wrestling event of the year.

What impact do you think the WWE Network will have on WrestleMania?

It’s fascinating because we don’t know what’s going to happen.  It’s truly a gamble, but it’s an interesting gamble because the network -- if you’ve seen it -- it’s awesome without the live programming. If it were just a Netflix type thing where all you went and did is watched old stuff, you have access to all these different Pay Per Views that as a wrestling fan it’s just incredible. But then to add a live stream for Pay Per Views it really gives people all over the world access to WrestleMania that didn’t have it before. Even if you’re busy on WrestleMania, you can get it on the network and you can get it wherever you’re at as long as you have a Wi-Fi. Media is changing. Everything is changing. It’s going from print to online with media and the same thing with cable and all that. To me it’s becoming decentralized. Netflix has proven that. I think they have more subscribers now than HBO, which if you would have told people that five years ago, they would have said that’s never going to happen. It’s just interesting the way all of it’s changing.

What are your thoughts on what they’re doing with the WWE 2K14 video games today?

It’s actually insane because when you watch it you feel like you’re actually really watching television, just how lifelike the characters look. The cool thing is that they’re bringing so many more characters into the game and a lot of the old school.

I thought the whole 30 Years of WrestleMania mode and leading up with all the stuff from the different WrestleManias was awesome. Especially as someone who’s a fan of history, being able to redo history is cool. Kids can redo the Andre and Hogan match and that’s just awesome. They may have heard about it, but they may not have ever, very seen it. Now they can play it on the video games, they can watch it on the network. Everybody can get into the history of wrestling, which I think is great.