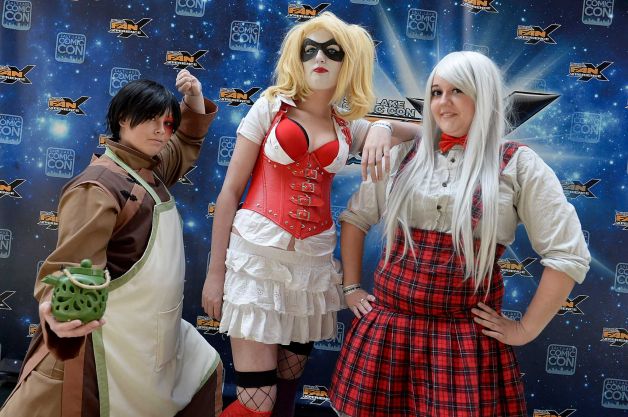 SALT LAKE CITY, Utah – When fan boys and fan girls think of Comic Con, San Diego and New York City come to mind. But there’s a new Con in town, and this one has already etched its place as the third biggest pop culture gathering in the United States. The second Salt Lake City Comic Con FanXperience attracted over 100,000 fans Thursday April 17 through Saturday April 19.

One of the big draws, judging by the number of Star Trek uniforms spotted in and around the Salt Palace Convention Center, was the cast of Star Trek: The Next Generation. The celebration of movies, television, video games and, of course, comics, kicked off Thursday morning, but the centerpiece for many attendees was the reassembling of key actors from Star Trek: The Next Generation for an event Thursday night (tickets ranged from $25 to $130). William Shatner (who shared screen time with Patrick Stewart in Star Trek: Generations) served as host of the evening event, which featured actors Jonathan Frakes (Commander William T. Riker), Marina Sirtis (Counselor Deanna Troi), Brent Spiner (Lt. Commander Data), Michael Dorn (Lt. Worf), Gates McFadden (Dr. Beverly Crusher) and Denise Crosby (Security Chief Tasha Yar).

While Stewart didn’t make it for the Thursday celebration, he was on the convention floor Saturday to sign autographs for paying fans. Many of the other Trek cast spent time throughout the convention signing autographs and taking photos with fans. A photo with the assembled cast of the show (minus Stewart) was $250, while autographs started at $40.

One major difference between the Salt Lake Comic Con and the established conventions in San Diego and New York City (all three of these shows are produced by different companies) is that Hollywood has yet to embrace the Salt Lake show. The celebrities that made the trek to Utah did so through Heroes for Hire, a company that pays actors to fly to conventions and then charge fans money for autographs and photos. Actors like Edward James Olmos (Battlestar Galactica), Richard Grieco (21 Jump Street), Aaron Douglas (Falling Skies), Nathan Fillion (Castle), Karl Urban (Star Trek) and Chandler Riggs (The Walking Dead) connected with fans throughout the show. (Both the San Diego and New York City Cons also offer fans these paid interactions, but they’re usually hidden away from the convention floor.) 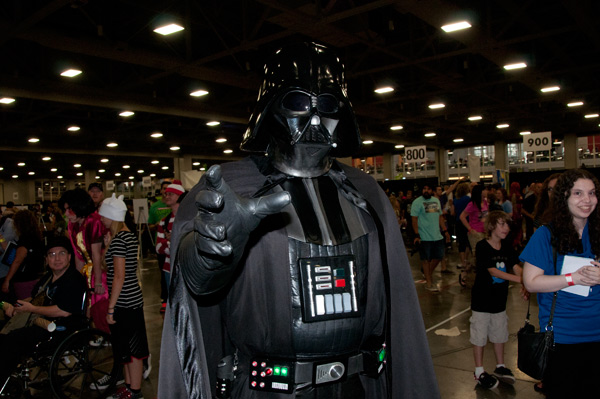 Hollywood has embraced the San Diego convention, thanks in part to its attendance numbers (over 140,000 Fans) and close proximity to Los Angeles. Actors, directors and producers come to San Diego every July to premiere and discuss their latest television and film projects in huge halls. Fans sleep outside, sometimes for days, to secure a seat inside the main halls to experience exclusive footage from big movies – some of which won’t open until the following summer.

New York City, which attracts over 130,000 fans, has the advantage of many locally produced TV shows and movies, although LA talent will also fly to the Big Apple to promote shows. This convention attracts more TV than movie stars, and lacks the big name stars that make San Diego the ultimate pop culture convention.

But Salt Lake City is now on everyone’s map. And producer Dan Farr, who comes from Hollywood, believes that with the record attendance of the show, Hollywood will take notice. Salt Lake Comic Con 2013, which debuted last September, was attended by over 72,000 people (easily smashing the Utah record of 27,000 people for a convention).  It was also the largest first year Comic Con in North American history with over 50,000 tickets sold. Unlike San Diego and New York City Comic Cons, which attract huge numbers of national and international fans, the Salt Lake convention only had 3,500 visitors from out of state.

Dan Farr Productions and Media One of Utah, a joint operating agreement between the Salt Lake Tribune and the Deseret News, and ABC4/CW30 of the Nexstar Broadcasting Group, believe Utah can support two Comic Cons per year. That’s a feat not even the big Comic Cons attempt. Farr said the strong local pop culture fan base is looking for events like these to celebrate their passion for all things “geek.” The majority of attendees at the convention wear costumes and the organizers even hosted events between September and April to award prizes for the best cosplayers (which included VIP passes to the April Con).

Salt Lake Comic Con was born out of the GEEX Gaming and Electronics Expo, which was a long-running and well attended event in Salt Lake City. The city is home to several game studios, including Disney-owned Avalanche (makers of Disney Infinity), EA Salt Lake (makers of Sims and Hasbro games) and Epic Games’ Chair Entertainment (makers of the Infinity Blade franchise). There are also smaller game companies like Sandswept (makers of The Dead Linger) and Silverlode Interactive (makers of Saga).

Donald Mustard, co-founder of Chair, believes this Salt Lake Convention can grow larger than the San Diego show, which has been around for over 45 years. During Chair’s Infinity Blade panel, which delved into the history of the hit game, which has over 50 million players across Apple devices, he rallied the crowd of gamers to set their sights higher than number three.

Despite the huge attendance numbers, the Salt Lake Comic Con was much easier to maneuver through the halls than either San Diego or New York City. They even sold beer at the Utah fan gathering. It was also nice to have affordable hotels within walking distance (without the price gouging that plagues San Diego and New York, which can see hotel rooms quadruple in price) and plenty of restaurants.

But at the end of the day, fans were happy to have a chance to wear their costumes outside of Halloween and get a glimpse of some of their favorite actors from the big and small screen, right in the heart of downtown Salt Lake City.