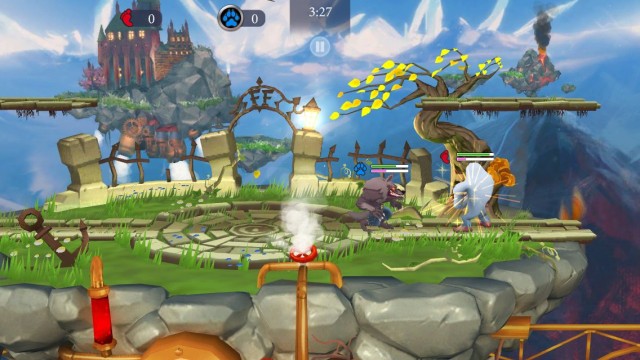 SAN FRANCISCO -- Mobile gamers can now smash their way to victory by controlling some of the most famous monsters in film lore. zGames is bringing Fright Fight to NVIDIA Shield, making the fighting game a portable experience. Chris Howard, founder of zGames, explains what’s in store for gamers in this exclusive interview from GDC 2014.

Fright Fight is a 3D multiplayer Smash Bros.-style game. It’s in real-time, which hasn’t been done before. It supports devices like NVIDIA’s Shield followed by touch screen and also controller based Tegra devices.

What are some of the different characters people will be able to play as?

The characters are all based on horror themes. So you have the werewolf, there’s a vampire, Mercy, there’s the Grim Reaper and you have a big guy, Hugo, who’s an aboriginal nomad.

What are some of the special moves people can utilize?

The cool thing about Fright Fight is that if you’re on a screen-based device like the Tegra Tab or Tegra Note, you just swipe to control your player. If you’re on something like the  Shield, it’s all button controlled for a Smash Bros. style gameplay experience.

What are some of the different environments people will be fighting in?

We have several different arenas and they’re all 3D-based with different platforms and different levels, so you can battle and knock each other off them and charge up. The game has a lot of RPG elements.

Talk a little bit about the RPG elements and how people progress as they keep fighting.

You first choose your player. You get one player for free and then as you play you earn coins and you can apply them to boosts and power ups to strengthen your player and increase the ranges of your attacks or to steal energy from the other players and just have more power.

What has the Shield opened up for you as developers?

We love the Shield because the frame rate is great with the device and visually the 3D gameplay is very smooth. We like the fact that you can play with an actual controller instead of having to swipe your finger or push the screen.

What does Tegra 4 bring to tablets like the Tegra Note?

It’s a very smooth frame rate. The graphics look great. They’re very colorful. They just pop. When we showed the game on the Tegra Note people notice a definite difference in the color saturation and how smooth the gameplay is.

How have you worked with NVIDIA in developing Fright Fight?

NVIDIA has been great in their support both in helping us add the direct controller support and keyboard style support. We’re a member of their Tegrazone Developer Program and they’ve been very responsive to any of our questions. 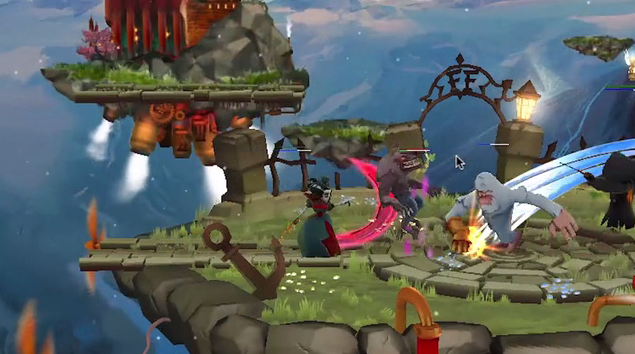 As a developer what are your thoughts about what the Tegra K1 technology will open up to games?

We’re really looking forward to that because we want to do a lot more in our 3D games by adding more backgrounds, higher poly counts and more features that we think will really add to the gameplay experience.

With mobile devices like what NVIDIA is doing with their Tegra K1 it’s really narrowing the gap between PC and mobile. You pretty much can’t tell the difference on these new games.

How easy is it to develop these types of games for the mobile platform?

Now with engines like Unity and support from NVIDIA it’s very easy. We just have to drop it in and then add the enhanced features that are  supported on the Tegra.