Seven Dwarfs Mine Train Opens May 28 At Walt Disney World 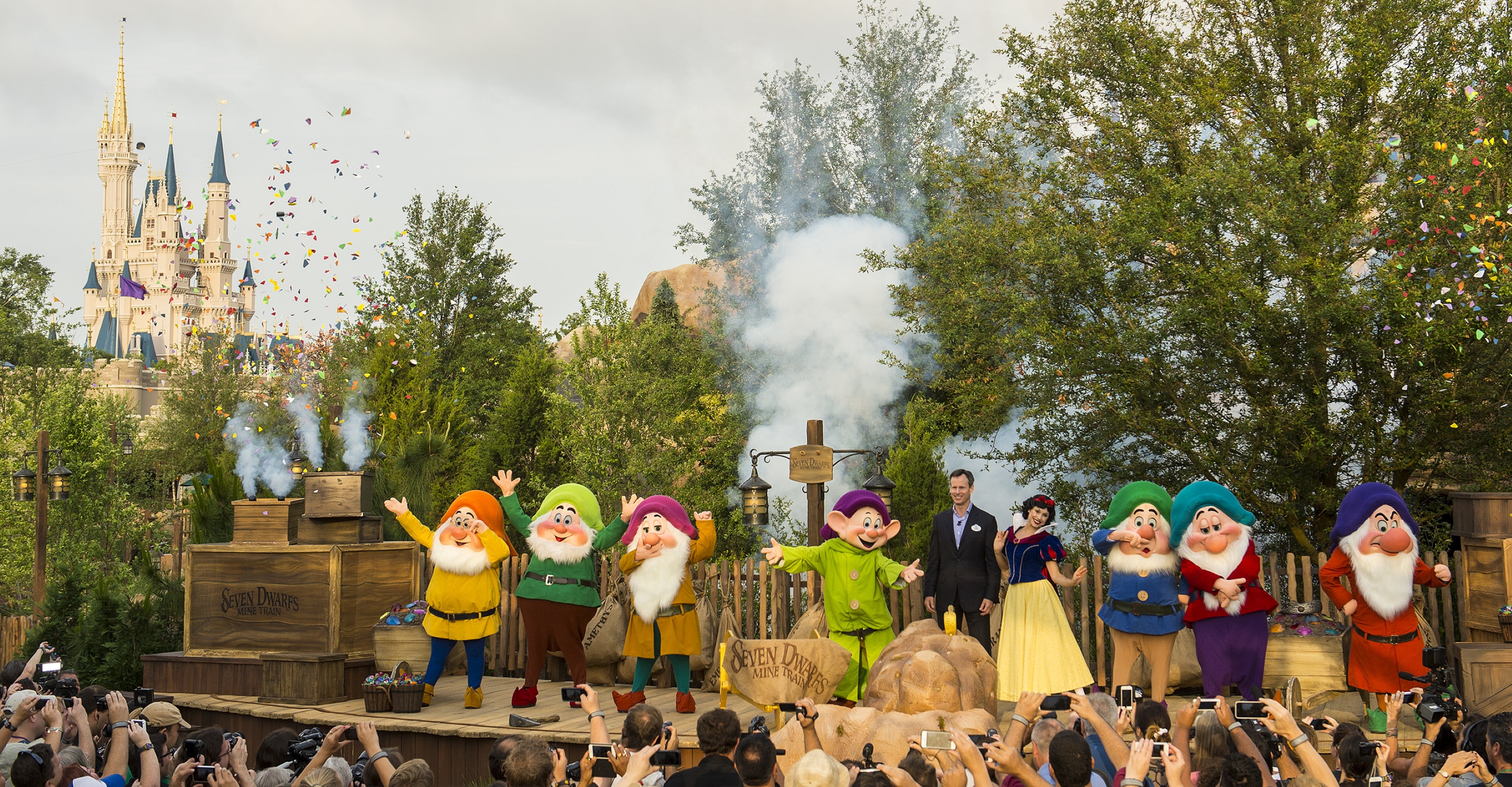 WALT DISNEY WORLD RESORT -- The lovable world of Sleepy, Doc, Grumpy, Bashful, Sneezy, Happy and Dopey comes to life in May 28, 2104 when the Seven Dwarfs Mine Train takes New Fantasyland guests on a rollicking, musical adventure into the mine “where a million diamonds shine.”

The “crowning jewel” of New Fantasyland, the Seven Dwarfs Mine Train represents the completion of the largest expansion in Magic Kingdom history. The family-style coaster features first-of-its-kind ride vehicles that swing back and forth during the ride. Adding to the fun, the journey will be accompanied by music from the film classic and scenes filled with Snow White, the Seven Dwarfs and playful forest critters.

Inspired by the Disney animated film classic Snow White and the Seven Dwarfs, the story begins as guests cross a stone bridge and walk through a beautiful forest with the Dwarfs’ cottage in the distance. Then, they step into the attraction entrance and into the timeless story of the radiant and kindhearted Snow White and her forest friends led by the lovable Dwarfs.

When designing the cottage, Walt Disney Imagineers – the creative team behind all the attractions at Disney Parks – referenced the film in order to plan details as intricate as the color combination of roof shingles, the slope of the roof’s eaves, the shape of a lantern, and especially the etched woodland creatures that decorate the house. Props – including lanterns, ropes, pulleys and buckets of shiny jewels – were inspired by items found in the mine scenes of the film. According to Walt Disney Imagineering, jewels appear throughout the mine in four different sizes and in six different colors: red, green, amber, purple, blue and clear.

After passing through an interactive pre-show area with fun activities themed to mining – such as washing and sorting gems – guests will proceed to the mine train. Picks, shovels, barrels and hoists are scattered throughout the queue tunnel and at the load-in area. 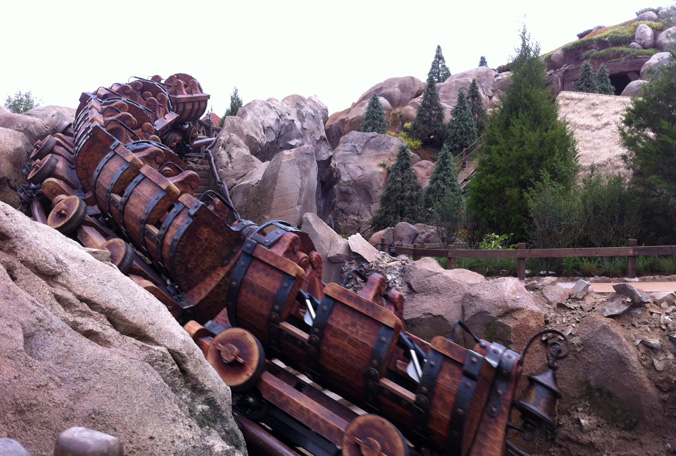 Guests board the specially-designed mine cars and launch into their journey through the mine. Each “train” consists of five mine cars, which seat four guests each. The individual mine cars are designed to reflect similar vehicles that appear in the film, hand-made of wood by the Dwarfs, shaped by an axe, and used to haul rocks and jewels.

As guests twist and turn through the mine, the cars rock back and forth, adding an extra family-friendly thrill element. Riders tour through the cavernous mine’s winding track – jutting outside to climb and dip through the wooded landscape, and then re-entering the mine at different points in the attraction.

As with any classic Disney “dark ride,” the Seven Dwarfs Mine Train features spectacular Audio-Animatronics – with cars slowing down so guests can spot favorite characters making an appearance in different scenes. 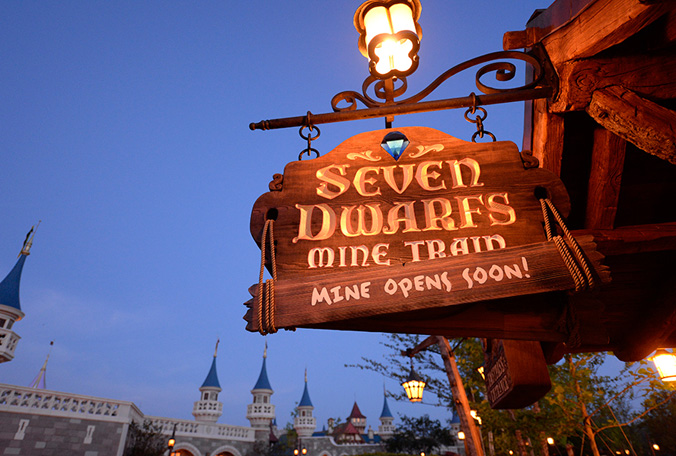 Guests are transported to a far-off French village to spend time with Belle and play a part in her story. They hop aboard a clamshell to venture deep into the undersea world of Ariel, take a rollicking coaster ride to barnstorm with the Great Goofini or spin through the sky with everyone’s favorite pachyderm – Dumbo, the Flying Elephant.

Kids can take a cooling break among the circus wagons at the Casey Jr. Splash ‘N’ Soak Station where monkeys, elephants and camels squirt water and even Casey Jr. spouts clouds of mist. Shopping delights await at Bonjour Village Gifts and Big Top Souvenirs. When hungry, guests are able to choose everything from on-the-go eats washed down with LeFou’s Brew — a signature drink, at the quick-service Gaston’s Tavern — to elegant ballroom dining at Be Our Guest restaurant, nestled under the stars in Beast’s Castle.

Opened in Fall 2013, Princess Fairytale Hall is the new regal home to Disney Princesses greeting their loyal subjects. Not only does Fantasyland double in size, Magic Kingdom castles triple. Across the skyline of the most popular theme park in the world,  the iconic Cinderella Castle is now joined by the distant ramparts of Beast’s Castle while stately Prince Eric’s Castle looms above the grottoed entrance to Under the Sea ~ Journey of the Little Mermaid.