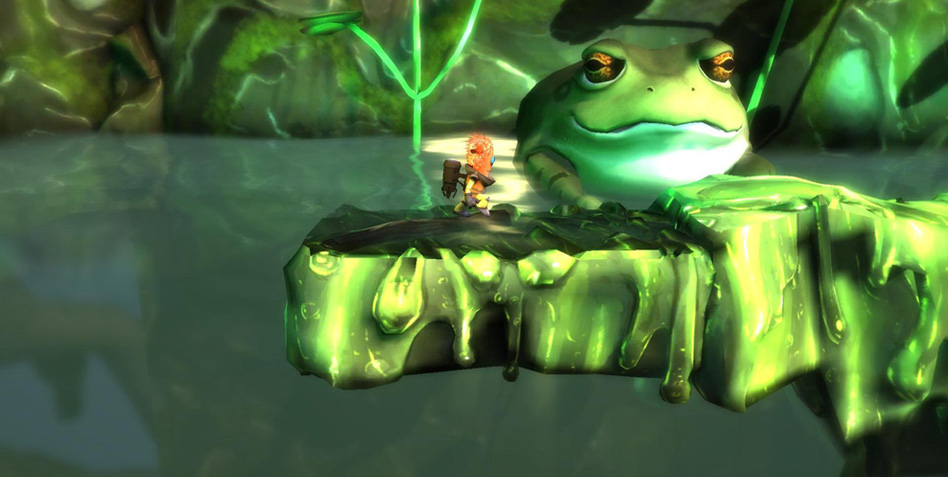 Steel Wool Games comes from the Hollywood CGI industry, which is used to having the necessary horsepower to bring 3D computer animation to life. As mobile game technology has evolved, these creatives have been able to bring worlds alive much closer to those seen on the big screen. Andrew Dayton, co-founder of Steel Wool Games, explains what Nvidia has opened up for his team with FlyHunter Origins in this exclusive interview.

What were your goals heading into FlyHunter Origins?

Our goal was well to make our first game that we’ve ever done. And we wanted to leverage our film animation background, taking all the skills that we had and putting them it into the mobile world.

Talk a little bit about the gameplay experience itself and what are some games inspired your team?

It’s a 3D platformer and it’s also a 3D chase game, so it’s actually a hodgepodge of all our different types of passion games.  I can’t go through the entire list because there are five of us, but it’s the best of all the things that we were passionate about. We put them together and distilled them.

What do you feel your game adds new to this genre?

What we’ve done is what our pedigree is. We made sure that it has a really strong narrative aspect to it.  The characters are endearing. It’s something where you want to follow the whole arc of the story, as well as really enjoy the gameplay.

Hopefully, the first thing players notice is that it’s really pretty. It’s charming and it’s a lot of fun. You fall in love with the main character, Zach, and as you’re progressing through the game it gets a little bit harder and harder. The worlds change and you find yourself engrossed in the story.

Talk about some of the different environments as you progress through this world?

The environments take place in what we consider the American Southeast. It goes from swamp land to grass land, to inside an intergalactic spaceship to inside a honey bee hive.  So it’s all over the place. 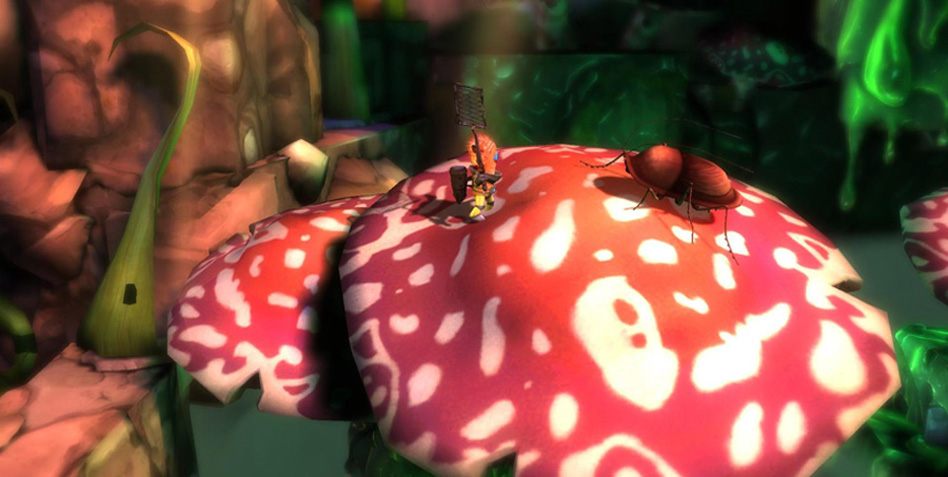 What role has the Tegra 4 played in allowing you to bring this idea to fruition?

How is Tegra 4 enhancing the gameplay experience?

It’s given us the ability to get the visual style that we’ve always wanted -- a high dynamic range image, dynamic shadows and screen effects that normally you only see on a high-end console or PC.

How have you worked with Nvidia over the development process?

Nvidia has been absolutely fantastic. They’ve been giving us tons of hardware support and help in the actual development cycle.

When it comes to the mobile space, what do you think Tegra K1 technology will open up to you as a developer?

The K1 revolutionizes everything. It’s basically the Keplar architecture. We’re now getting to the point where we’re seeing a legitimate push of the high-end video graphics capabilities onto the mobile platforms, so I think this opens up the developers to all kinds of things that they never imagined was possible.

What are your thoughts on how quickly the mobile space seems to be advancing when it comes to technology?

It seems like every interview I do we seem to see a quantum jump in the technology and what the GPUs can do. What’s coming out is staggering how close and how quickly it’s becoming to what we consider the PC high-end level of graphics.

How does technology inspire you as a creative person?

It’s a tool. Technology can allow you to push your boundaries. It allows you to think creatively, but having the technology to explore and to really put down what your imagination dictates is an immense tool.